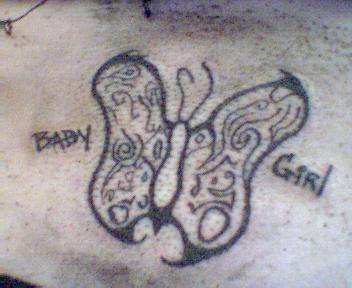 In Bristol it seems there's an explosion in the number of people in the street deciding they can do what trained tattooists can do. Ben Boston says at least fifteen people he knows who are his clients have bought tattoo equipment and are inking their friends at home. He says they find a it an easy way to earn a few quid. Some take it in turns to tattoo each other, often after a few pints.

If people decide they want to have amateurs tattooing them then that's their right, I suppose, however stupid. But the big problem is that the amateurs are not buying the expensive sterilisation equipment that can cost £3,000 a time. This could ultimately lead to some punters contracting a serious illness or even a fatal disease. Were this to happen Ben says this could reflect very badly on the whole tattoo community and he's worried.

What I wonder has led to this acceleration of a well established trend. Ben thinks it's the new street culture? The same trend that leads to people getting their hands, necks and faces tattooed before getting any on more discreet areas of the body. All this could backfire badly. Most of our top tattooists place a high value on their quality of work, first class hygiene practices and good sense in deciding on whom they are willing to give extreme tattoos.