I went to the Newport, South Wales convention yesterday.  Before getting there, I spent two and half hours with a face painter who gave me fake face and neck tattoos.  It was painstaking but very pleasant and enjoyable.  Sam Fisher, the face painter from Longwell in Bristol,  did a wonderful job and the reaction I got at Newport was quite electric.   All tattooists spotted the fakery immediately and most heavily tattooed people didn't take long either.  But many were unsure.  One way or another I caught the eye and it led to many conversations with those attending the convention.

It was an opportunity to talk about face tattoos and how far people were willing to go.  I was struck that a significant proportion of those there with some face tattoos were women.  I'm not sure, but maybe more than half.  One young woman I photographed, but unfortunately can't name check, has at her tender age advanced very far on neck and face. 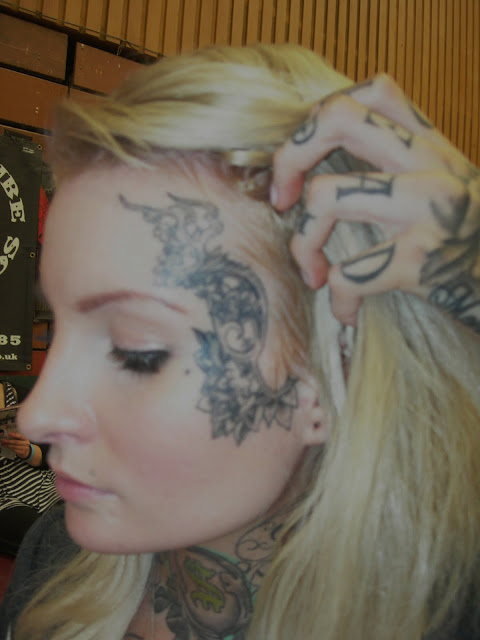 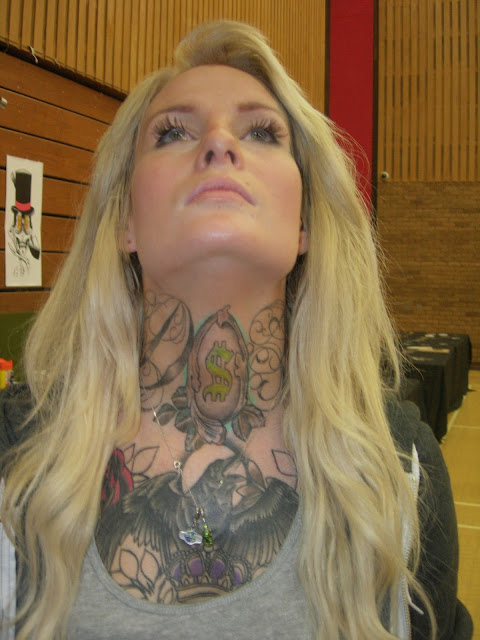 She said she may well take it further. But others I spoke to, often spouses with tattoos but none or few themselves were troubled that I said that if society were different I would want to have my face and neck tattooed in the way you see me here.  And I would.  Once you are as heavily tattooed as I am, in my case, I don't see any limits to where I would have covered in my own mind other than cold reality that I would no longer function in my own community and my wife would leave me!