The beautiful bird tattoo is finished 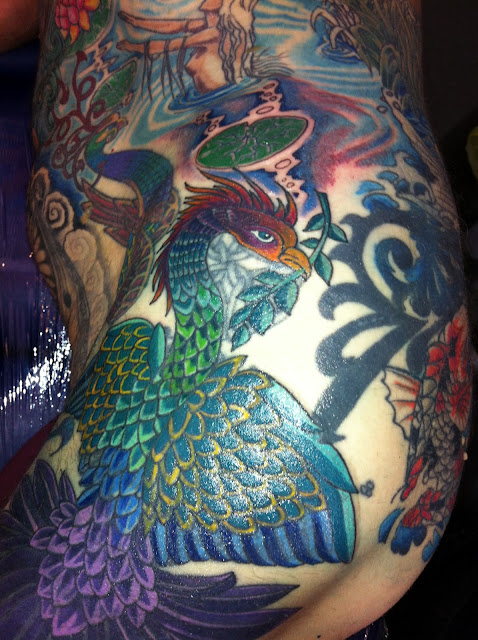 My new big bird is now complete and he's very fine and a clever cover up of the gaelic designs that were there before.  Above the bird's head there is now another lily and some more water for the three sirens.  Next time there's work to be done to cover the tribal work to the right and bring the work round to the Koi carp in my backside.  It's going to be hard to get that finished in my next session but who knows.
Ben says he's doing a lot of work to cover old tribal work, which seems to have dated dramatically.  He says it's the createst demand he has for cover ups and he believes that it tests all his skills to the full, skills he believes very other tattooists have because it means using all sorts of tricks. 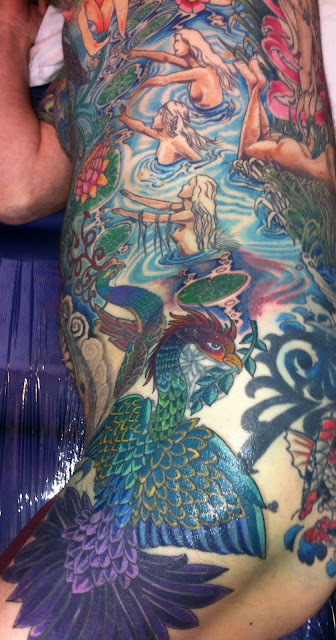