Sri Lanka and my tattoos 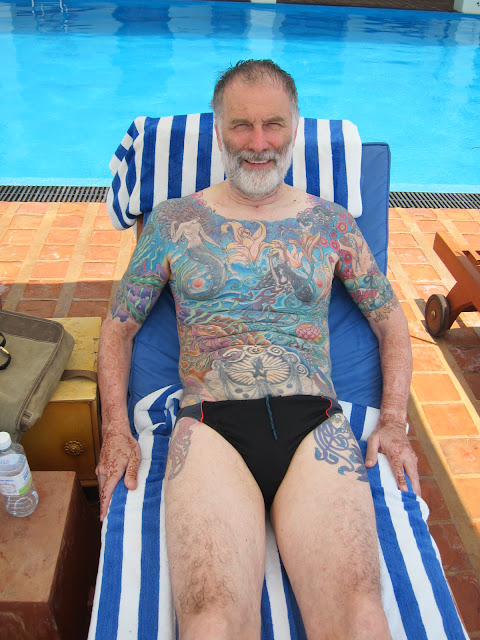 ﻿
It feels like another moment in my history but it was only last March that I was holiday in Sri Lanka.  We went in part to see England play Sri lanka in the cricket test match in Galle.  In this photo I am relaxing in Colombo at the big old colonial hotel called The Galle Face.  It is Colombo's answer to Raffles and the echoes of British colonial history are almost deafening as you walk the halls and corridors of the place. This is not a place to find the tattooed world, or so you would think.  While hanging around the pool a frightfully posh Englishwoman slightly older than I am approached me.  She said she was interested to see my tattoos because her grandfather was similarly covered in tattoos.  Her mother told her that this lady's grandmother never had any idea her husband was tattooed.  That says a lot about the culture of the British middle class at that time and even more about their sex life. 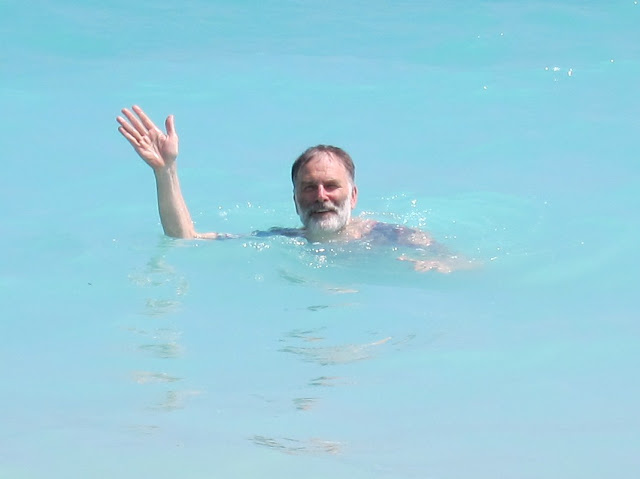 The same day we travelled on down to a house we had rented at a small town called Hikkaduwa, about half an hour from Galle travelling by Tuk Tuk.  Close to the house are some beautiful unspoiled beaches.  I don't often swim in the sea but it was so hot and the sea so inviting, that here I did.  In doing so the locals got to see my tattooed body.  Tattoos don't appear to play any part in Sri Lankan culture but that didn't diminish the enthusastic response I received.  I was approached over and over again and received many compliments.  I cannot imagine that ever happening to me in the UK.  Particularly pleasing were the compliments from two attractive women from Russia and Belgium respectively.  Life felt good there.