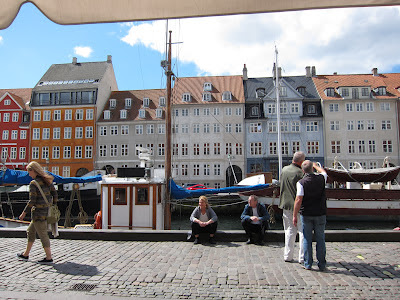 I have just spent a few days in Copenhagen, visiting my son David and his partner Joannah.  It's a lovely city and we were able to cycle everywhere with ease.  The city is as flat as a pancake and all the main roads have cycle paths on either side. On Friday, yesterday, I went back to Nyhavn, in the city centre, on my own.  Eventually I stumbled across a tattoo studio, Tattoo Ole. 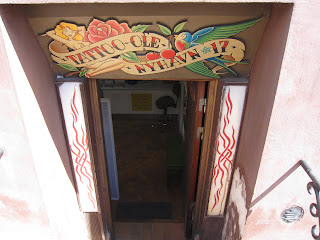 Front of shop was Miguel who is half Filipino.  He was there with his young sister, who appeared to be of school age and sat languidly copying some tattoo outlines, just to occupy herself.  She barely looked up.  The tattooist hadn't yet arrived and there was no hurry as there had been a late cancellation. 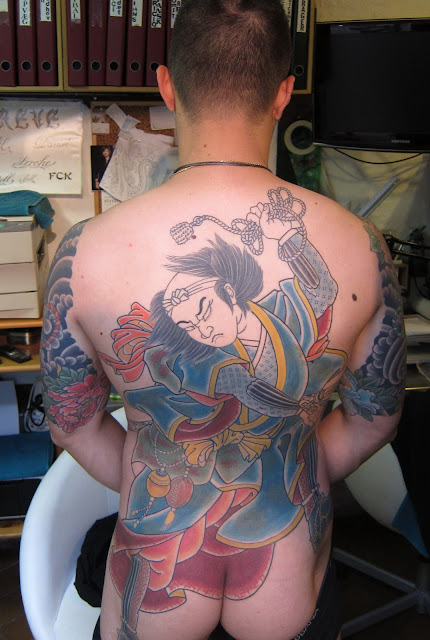 As I usuually do when  dropping by at tattoo studios, I showed off my own work.  Then I asked Miguel what work he had.  He gave me a good glimpse, so I asked if he'd let me photograph him.  This he did, though I had to ask him to drop his trousers so I could see the whole back piece.  He said he has it done by a tattoo artist in Helsingor in Denmark.  He was quick to mention Hamlet, for it was here that Shakespeare set the play (Elsinore). He believed it was the only place he could get some good Japanese work done. 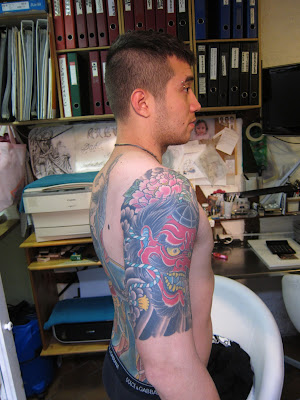 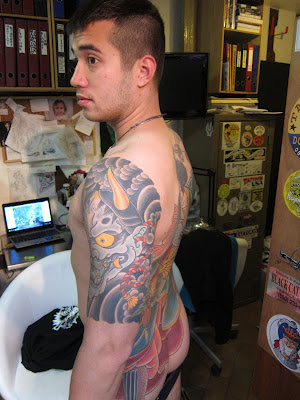 The tattooist didn't turn up, she was not even there when I returned after I had had a cup of coffee nearby.  Her name remains a mystery to me.  I took a card and also have checked out Facebook, but no mention of her name, all I can find are lists of those who came before her.

It was time for me to return.  I had to give up my rented bike.  The guy in charge at the bike shop was also heavily tattooed.  Peter had some of his work done by the well known Miss Roxy.  In 1977, Miss Roxy started tattooing at Tattoo Svend's studio, becoming Denmark's first professional female tattoo artist. 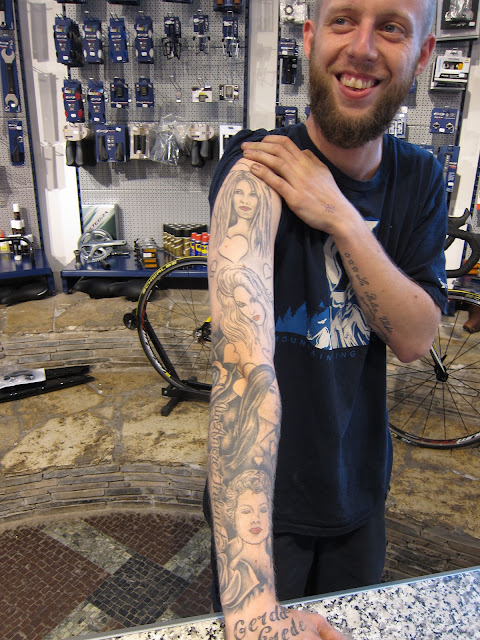 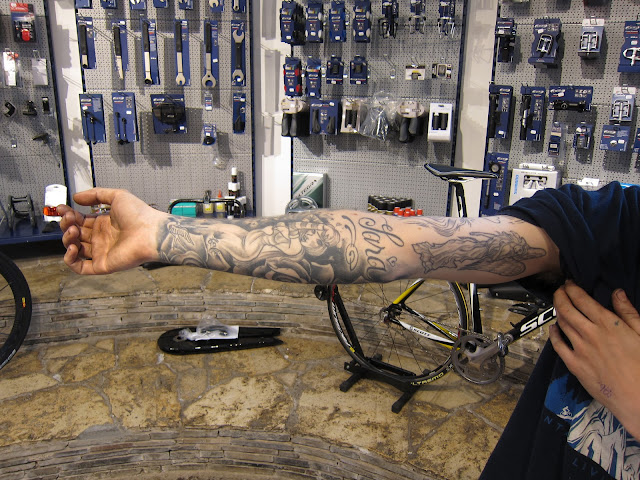 The bike served me well and I was sad to hand it back, knowing that my flight home was shortly to follow.  Life is too short.