A tattoo down the spine 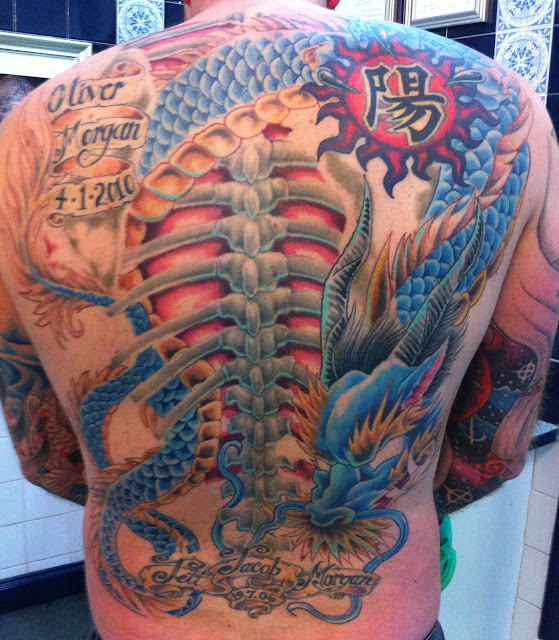 I had my monthly session with Ben and before I had realised it I was covered in protective film and there was no chance to get photos taken of my latest work.  I think I was distracted by conversation with Ben about the work to be done at my next seesion on my leg.

Anyhow just then, in walked Ben's next client, Wes, who is having a backpiece tattooed on him.  Wes comes from an area of Bristol known as Lawrence Weston.  He said that the inspiration for the design was in part drawn from a tattoo he saw on a girl at the Glastonbury Festival, who had a spine tattooed on her spine.  The dragon that you can see on the right he had spotted on a man he's seen when visiting Amsterdam.  All the work you see here is freehand.

When he first came to Ben for some ink all he expected to have done was a continuation of a sleeve.  It's gone much further than that now. 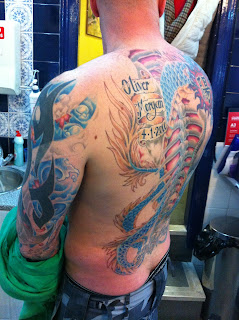 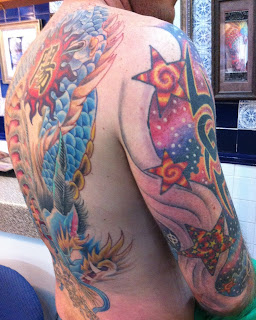