Carmel's backpiece and a scar from her spine surgery 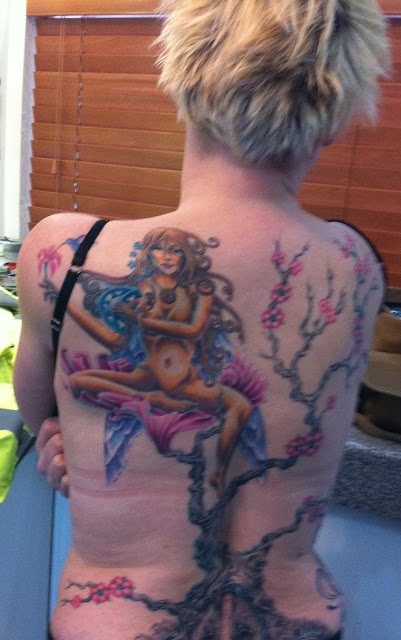 As I left Ben Boston's shop the next client in was Carmel.  She has a back piece of a tree growing out of mother earth and large fairy sitting on top.  She likes fairies a lot..

Carmel runs the Duke of York pub in St Werbergh's in Bristol.  The backpiece was finished after she had had major spine surgery.  (Several of her discs were fused.)  I didn't notice the scar on her lower back until she pointed it out. 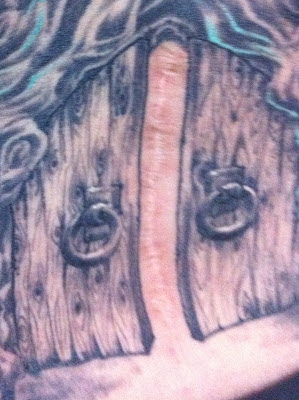 The scar can just about be discerned in the second photo with two doors on either side each with a large metal handle.

Whether she has used the image to distract from the scar or is using it to celebrate what happened to her body is not clear to me.  Perhaps it is partly both. 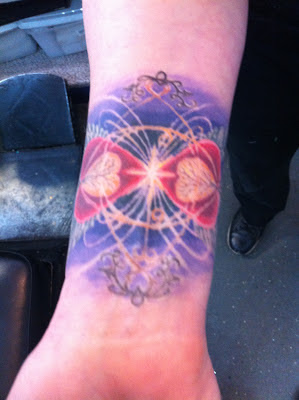 The final picture shows a wrist tattoo that is currently work-in-progress.  I like its style and hope this new painterly approach by Ben is a technique he will use in my leg tattoo.