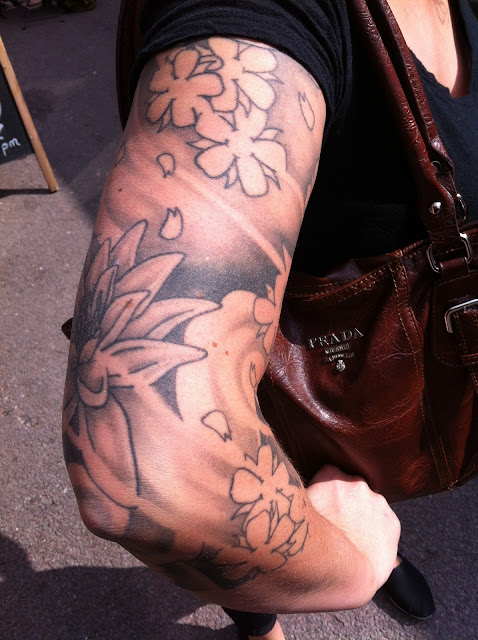 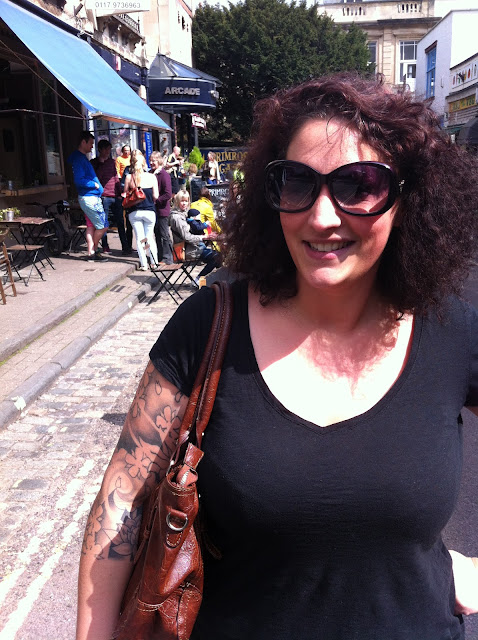 I encountered the rather lovely Emma whilst capaigning for the local elections in Clifton Village in Bristol.  I asked her as I asked everyone else if she was from the immediate locality and she said no.  But her sleeve attracted my attention.  After I gave her a glimpse of my extensive coverage, she talked about how she wants to get lots more work on her body but is afraid to do so for fear that her mother would disinherit her.  Emma, as you can see, is not a child, and I reminded her of that and encouraged her to get on with realising her dreams.  Then I admitted that my parents both died without knowing I had any tattoos.
What gave Emma the courage to get such a large piece of work was a brain tumour.  Obviously she recovered and afterwards she thought, life's too short.  I can't put this off, so instead of going small, as she had before, she went large.
I hope she does find the courage to do what her heart is telling her.
Her sleeve was inked in Worcester.