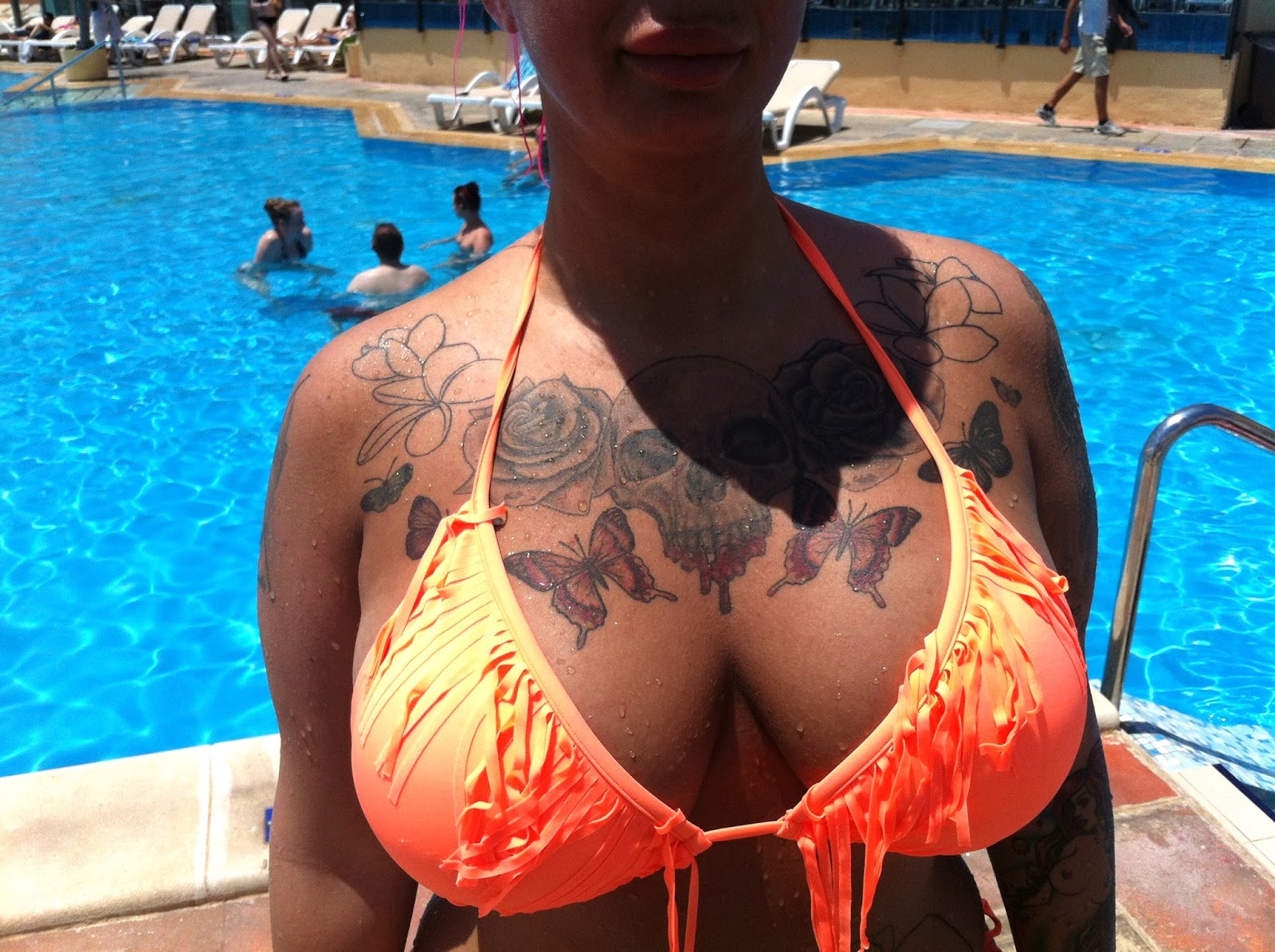 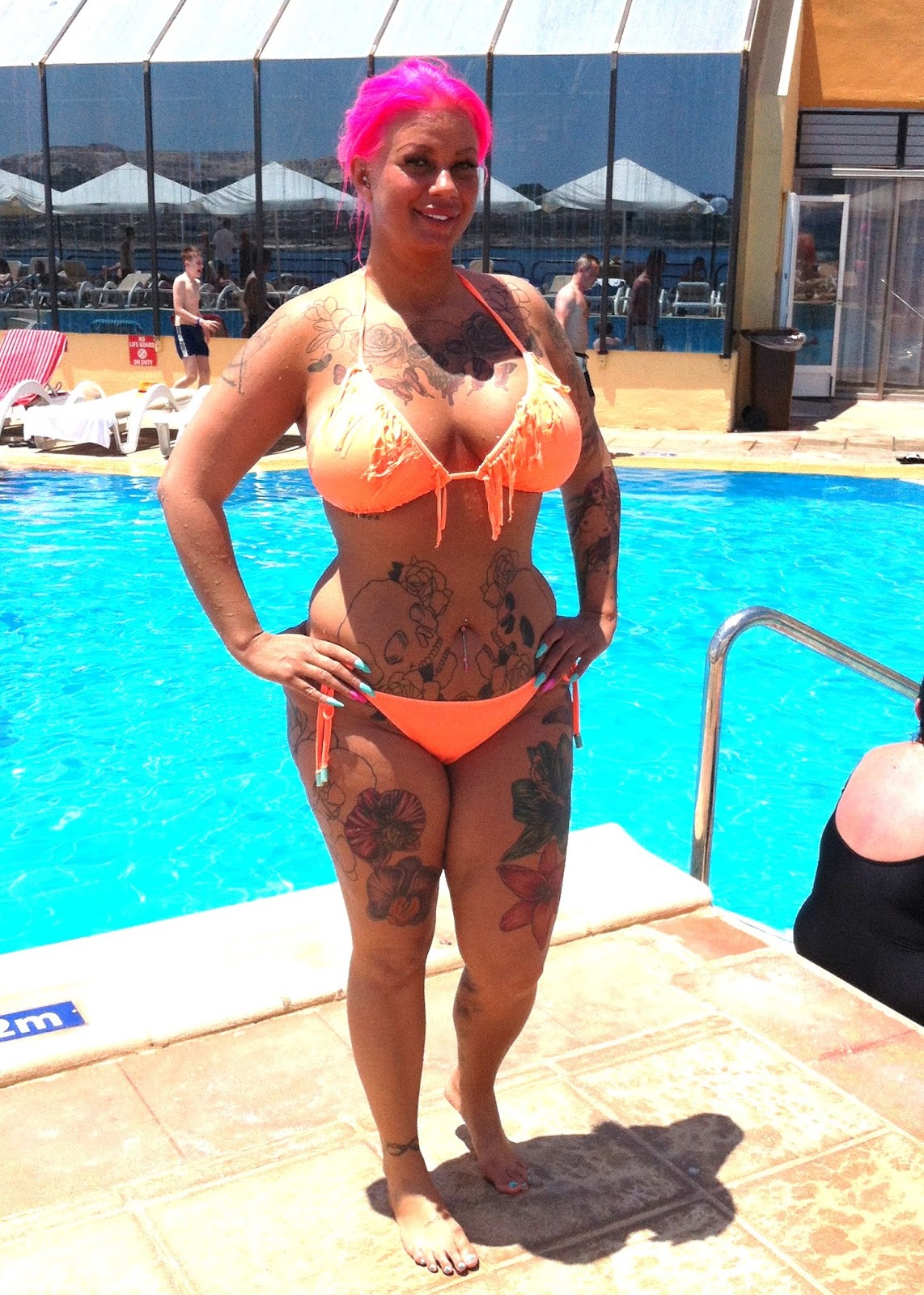 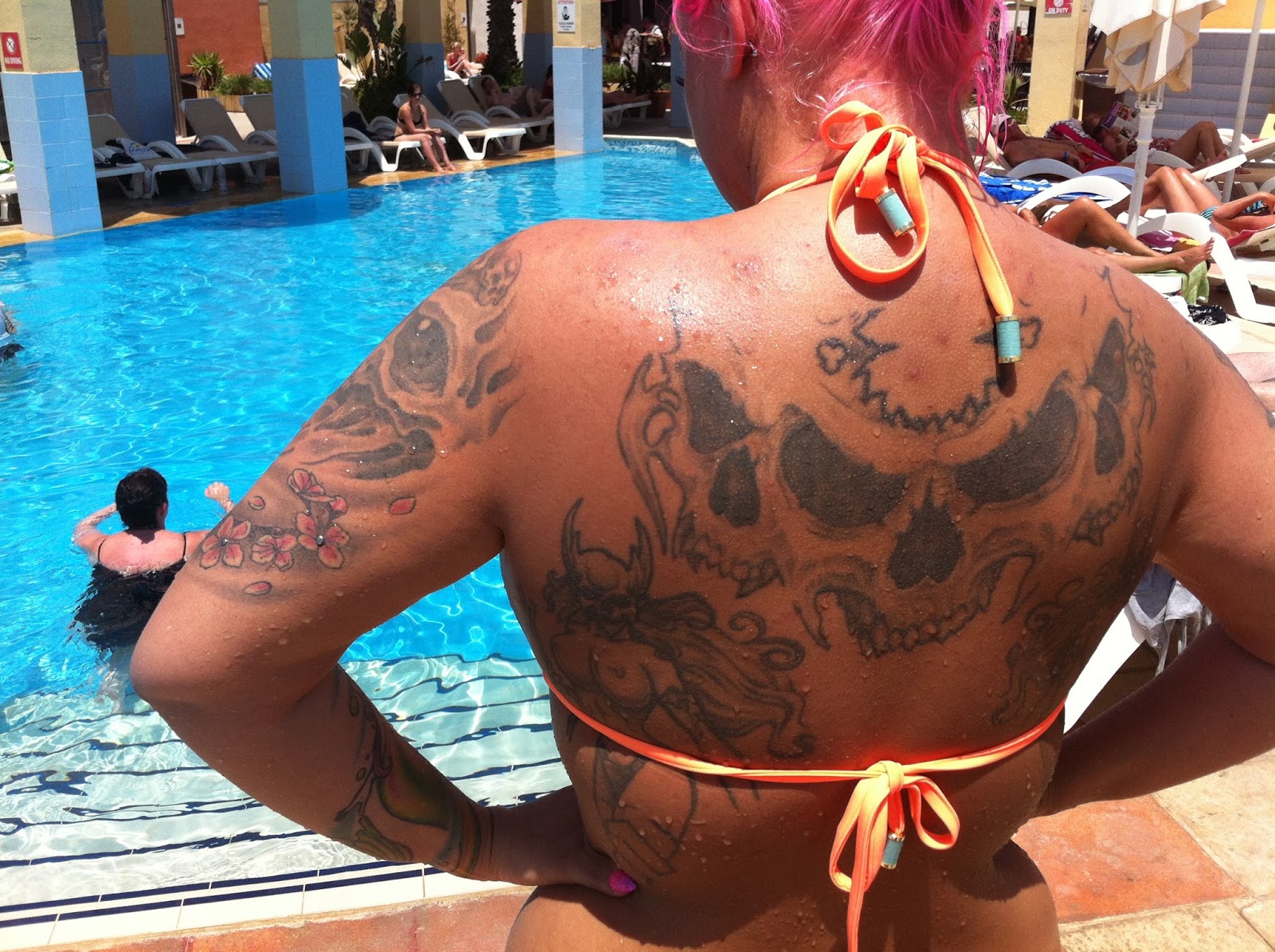 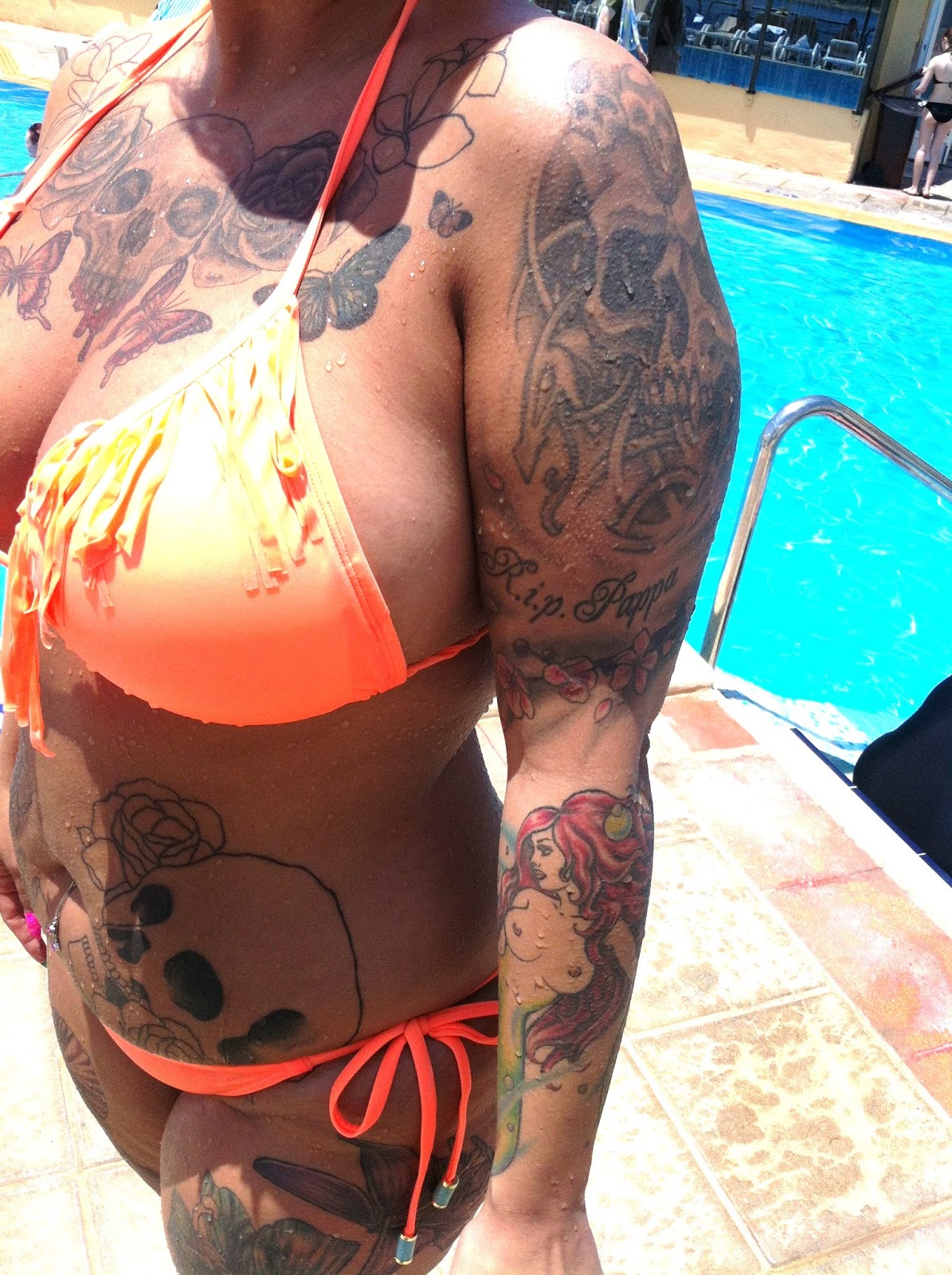 I was on holiday in Malta these past few days and around the pool it was like a mini tattoo convention. In each of the next few posts I will feature people I interviewed and photographed.
The first is Jenny from Stockholm.  She got her first tattoo at the age of fifteen.  She was inspired by her father, who had got himself a ship tattooed on him while in Denmark.  She saw it and nagged her parents until they agreed she could have one too.  She says she was generally precocious and thought I want tattoos in my life so got a Chinese sign for an elephant inked on her,  By eighteen she had her backpiece and in the twelve years that followed had the rest done..
Unusually on her right arm she has a fine picture of a former boyfriend and when they broke up, rather than getting a cover up she just had a large cross tattooed over it.  She doesn't want to get rid of it and says she would do the same with any future boyfriend.  The only problem would be if he objected to the existing photo.  Annoyingly I failed to take a photo of this tattoo.
Jenny works as a cashier in a small supermarket and says the reactions to her tattoos are mostly positive.  Her next piece of work will be a neck tattoo.  Life is too short, she says, and she wants visible tattoos but would not get her fingers done.  She has a small ear tattoo which can hardly be seen.    Soon the skulls on her stomach will be coloured in.
Jenny likes attention and is an extrovert who is happy to admit that she is addicted to tattoos.  She says in Swedish there is a word for addiction that isn't so perjorative as it is in English. Her tattoos are a story of her life and when she looks at them she can remember where she was at that time.
Her tattoo work is done at the Tatuering Studion in Stockholm by Tusch Andy.
Jenny as you can see is now very dark skinned.  She says she is actually very fair, like most Swedes, but she likes to change her appearnce.  A couple of weeks ago she had her hair dyed a neon pink and has used tanning creams to change her skin colour.  I understand only too well her desire to transform her appearance in this way, but am a little confused because having a fair skin and lots of tattoos shows them off to best effect.  Jenny's transformational desires almost seem to work against each other.