From self harm to self improvement, thanks to tattoos 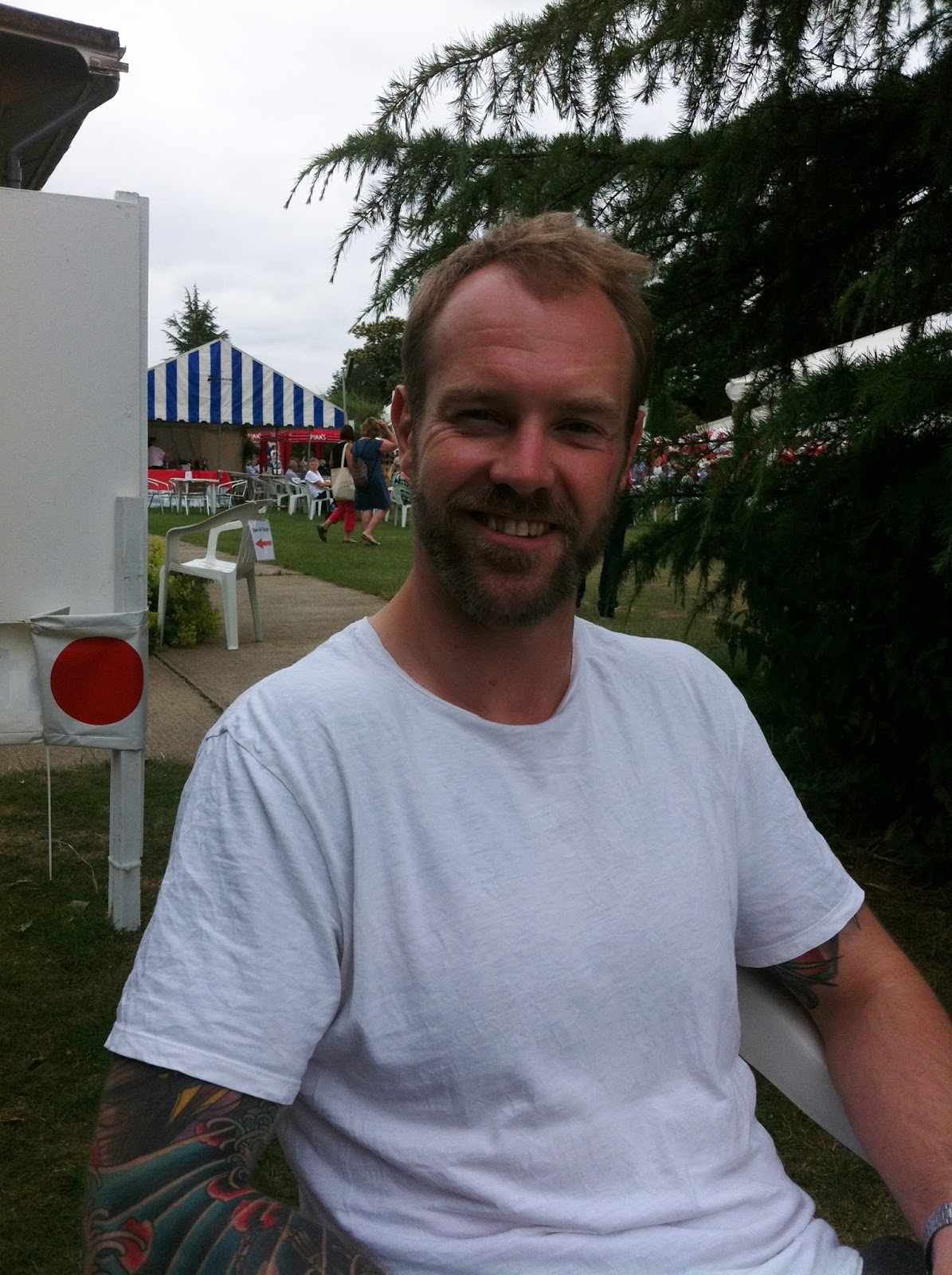 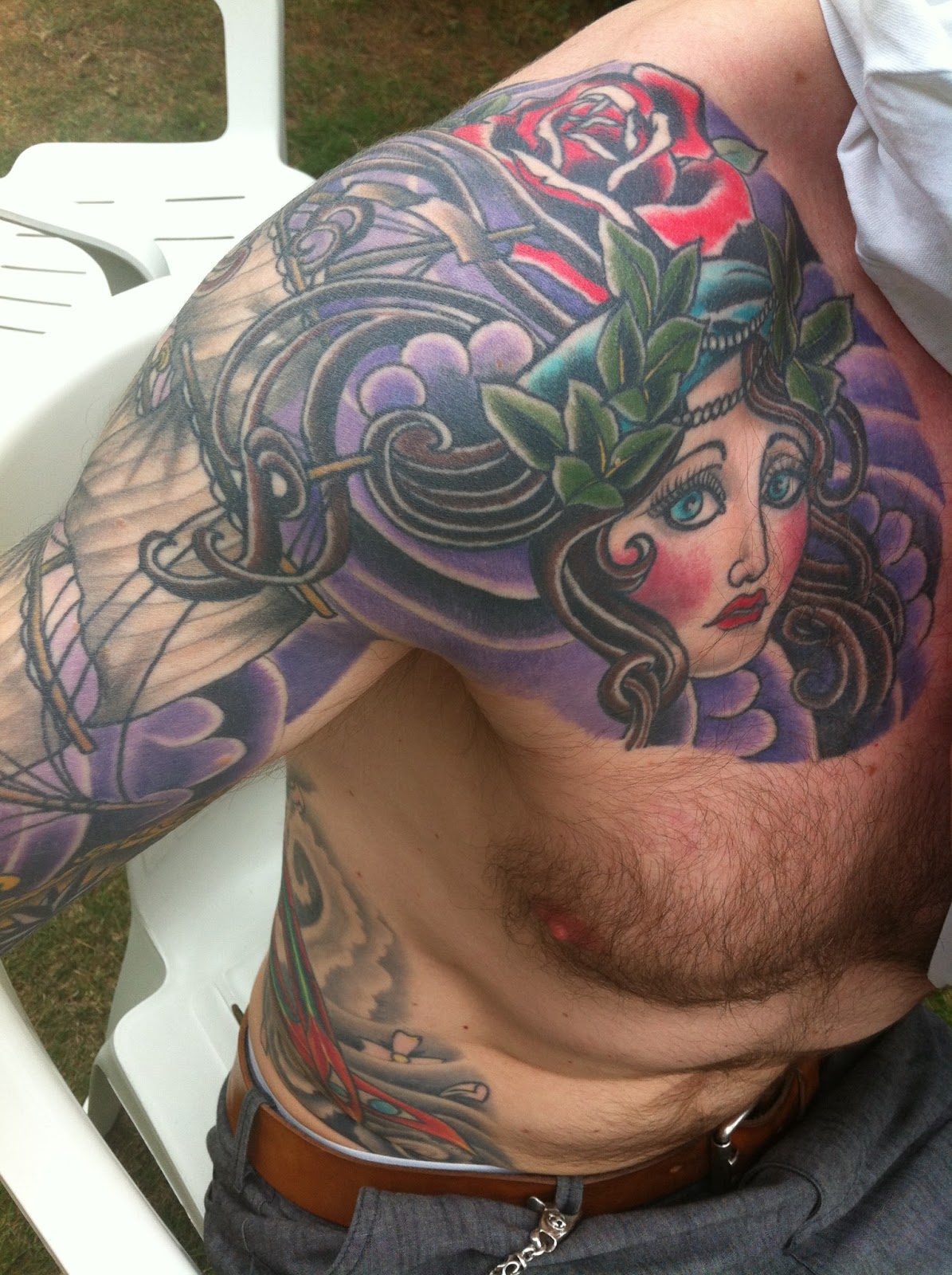 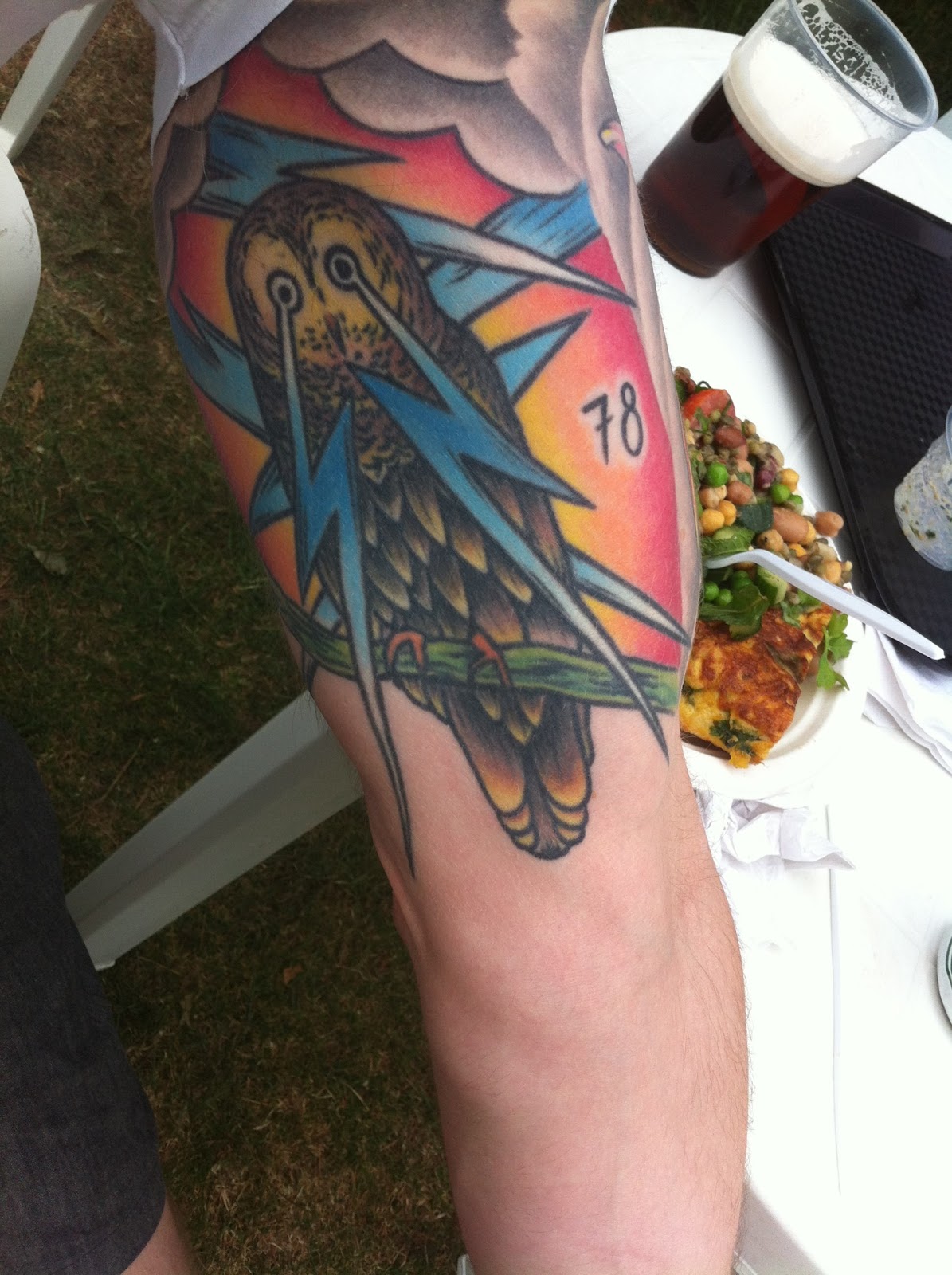 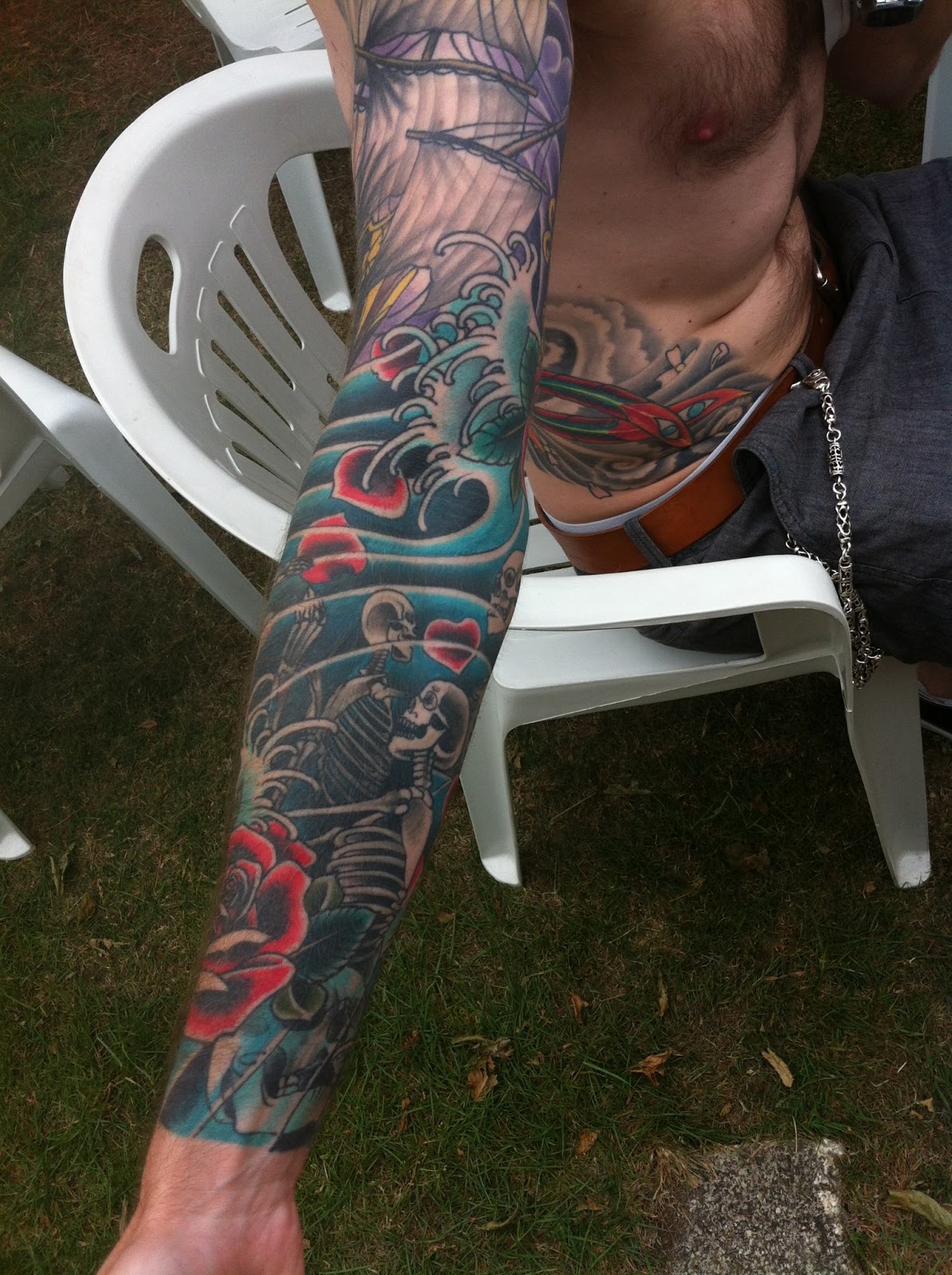 Ben Fairman had his first full sleeve inked at Jolie Rouge Tattoo Studio by Claudia de Sabe in 2010.  http://jolierougestudios.blogspot.co.uk/  I met Ben at the Art in Action event at Waterperry Park near Oxford on Saturday 20th July. http://www.artinaction.org.uk/  He was sitting there having a drink at one of the innumerable temporary cafes and I approached him and then we sat talking for at least a quarter of an hour.
He lives in west London and works in advertising for a small company.  He is engaged to be married to the daughter of the artist Tony Merrick, who was demonstrating his technique at the show.  Annoyingly I didn't make a note of her name.
Thousands of people were milling around. Art in Action is a cross between a village garden party or fete, the Antiques Roadshow and a tattoo convention.  Why the latter?  Because as at a tattoo convention you stand over artists and see them work and look at their skills in action.
Ben says the woman on his shoulder watches over the sleeve which uses its fine lines to depict a journey from the flowers of life to images and death and there is also  a compass to direct you on your way.  All very complicated but then Ben is a complicated man.  In 2007 after the break up of his marriage he had a breakdown and engaged in self harm and cutting.  His face bears the scars, though the nasty remnant of the long incision down the left hand side of his face is obscured in this photo.  As he came out of his depression he had a phoenix tattooed on him. His tattoos he sees as part of the healing process.  The ink felt like a shell and then he came to feel more whole.
The owl on his right arm reminds him of his clever fiancé, a psychotherapist, who has brought a lot of excitement to his life.
And the future?  His mother and fiancé wanted him to keep his arm free of tattoos.  That hasn't happened.  But he is soon to be married and he is very excited about that.