Tattooed and in love 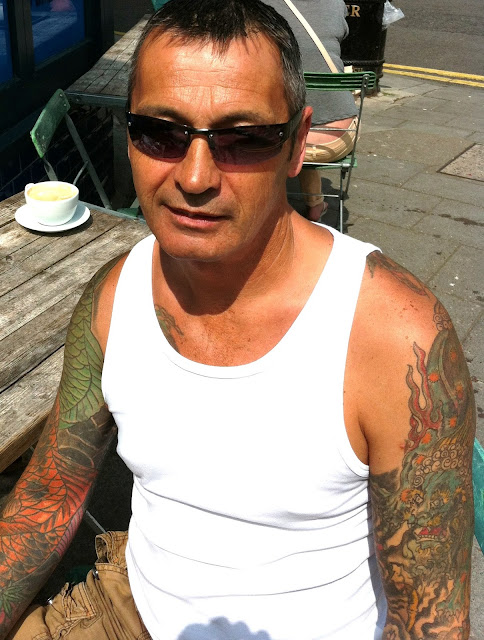 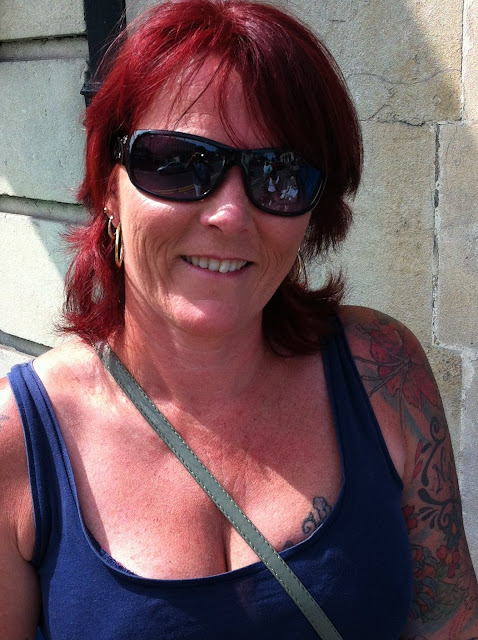 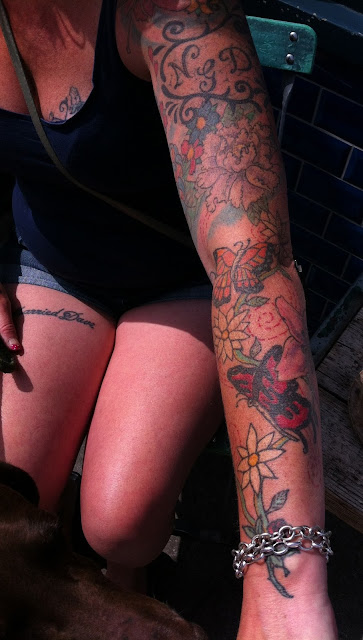 I bumped into Dave and Lesley on a very sunny day in Clifton Village in Bristol, outside the Boston Tea Party cafe.  More accurately I accosted them and asked if I could interview them.
They have been married for twenty years and have one child from this marriage and eight children in all.  They come from Kingswood in Bristol.
They both love tattoos and have extensive coverage.  When they first met over twenty years ago  Dave had a panther and a couple of eagles tattooed on him, Lesley none.  But for their wedding they had matching tattoos on their legs to celebrate the event.  Looking at my notes, I realise I may not have clarified something quite important as Lesley told me she had her first tattoo only ten years ago.  Were they living together umarried for ten years first?  I will probably never know now.
They share a deep friendship and love for each other and tattoos are obviously a big part of their relationship.  Dave says when Lesley has a tattoo he gets jealous and wants another for himself, yet they go together to get tattooed and discuss everything amongst themselves.  One of their daughters got her first tattoo, on her stomach, when only fourteen.  She has now gone on to get many more tattoos, as her parents have.
Lesley's sleeve she describes as a summery thing with the intials of her children contained within.  Dave's second sleeve, shown below, he had done only two years ago at Skin Deep in Bristol.  Getting names tattooed on them is a big thing.  Dave also has his children's names on his leg. 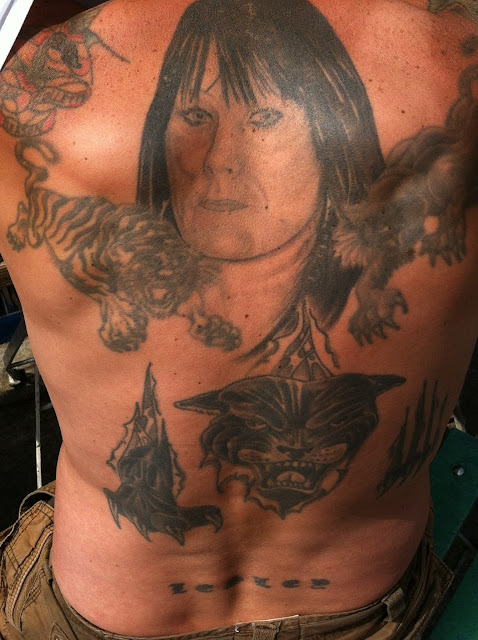 Not content to have Lesley's name tattooed on his leg a picture of his wife dominates his backpiece.  I asked them if they weren't worried by the adage that tattoos last longer than relationships, Dave joked that if they split he would have a gun tattooed on his back directed at Lesley's picture.  Lesley calmly and quietly said there was no chance of them ever splitting.  It was hard not to believe them, as they seem so much in love with each other. 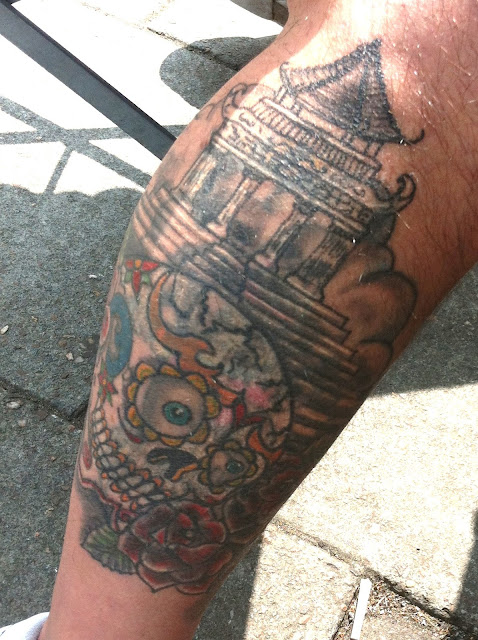 Dave says the tattoo above on his calf will be his last.  Lesley laughed, saying that Dave always says that.  She is in no doubt that she will get a lot more ink yet, though is not interested in getting a bodysuit.
They are not interested in getting neck or face tattoos as they think they are far too limiting.  Dave is a window cleaner  and would worry about his business and deterring some clients.  Lesley hopes her daughter doesn't get neck tattoos.
Both of them are sun worshippers and I commented that ink fades in the sun and anyhow a tanned body stops the tattoos standing out as they do on a pale skin like mine.  They didn't care.  They love the sun just as they seem to love the world and each other.  I left them feeling envious of their relationship.  Two happy people.