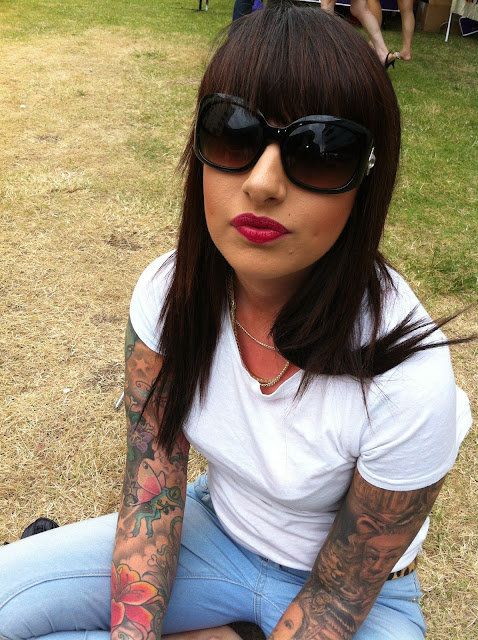 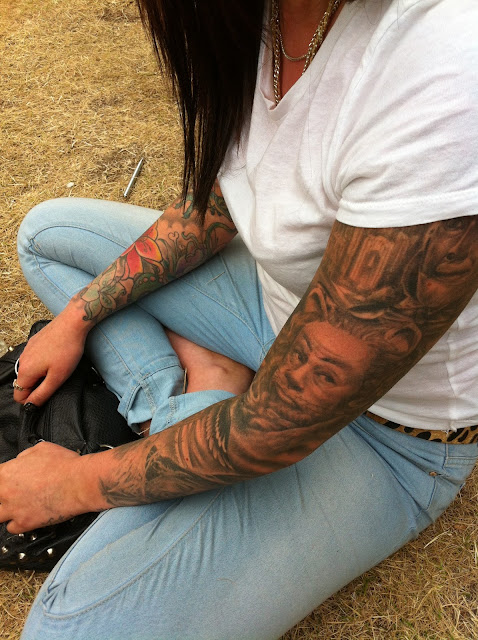 Sophie is from Torquay and we met at Bristol's Harbour Festival this weekend (27th July) She has her two full sleeves and also a leg tattooed, though her jeans meant it was not possible to see just how much she has on her leg.
Sophie is completely relaxed about her large amount of ink.  Her interest in being tattooed was inspired by the heavy metal bands she enjoyed as a teenager.  She found their tattoos intriguing and saw them as a normal thing to have.
Her first sleeve started at the top of her right arm (below) and the blue woman was done by Toni Moore in Toni's early days and before she was working in the Bath Studio in Broad Street http://www.broadstreetstudio.co.uk/.  Most of her other work was done in Exeter by Matt Butler at Civilized Tattoos https://en-gb.facebook.com/civilized.civilized.7, an American now based there.  Her second sleeve has a Wizard of Oz theme, as above, and visible is the image of the lion as portrayed in the famous film.  The Wizard of Oz brings back happy childhood memories for her. She thought Matt was going to return to the USA so had him do the work in a short time, only for him not to leave after all.
Sophie so far has not met any work problems with her tattoos.  She's worked in pharmacies and currently in a call centre.  I found her she was sitting on the grass enjoying the weather with two other female friends both of whom are tattooed though rather more discreetly.
When she started getting inked it was a big deal for her family but now they never even comment on her new work.  It's Sophie being Sophie. 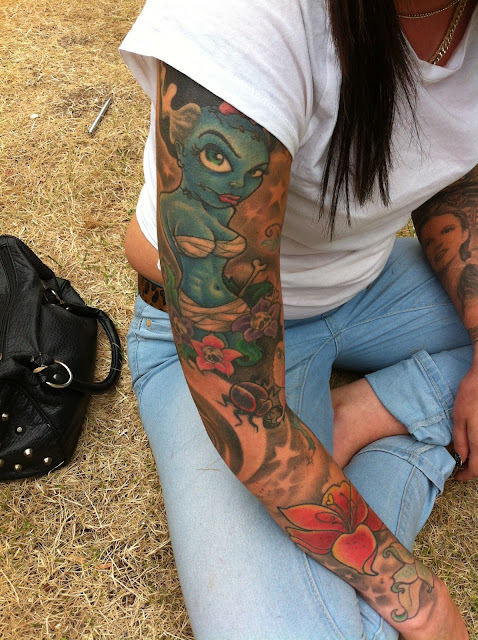