We are monkeys in the city 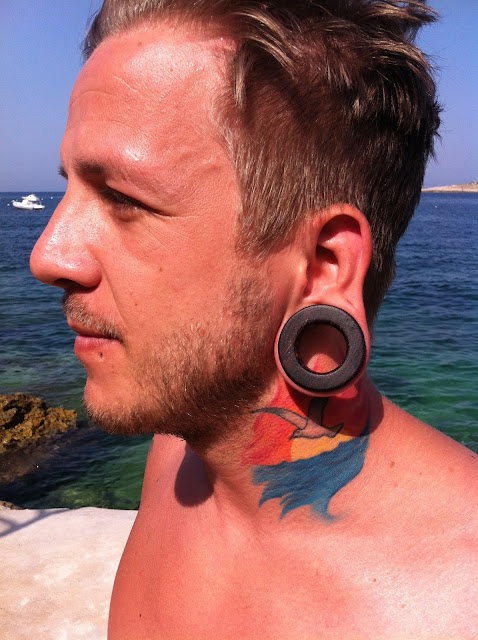 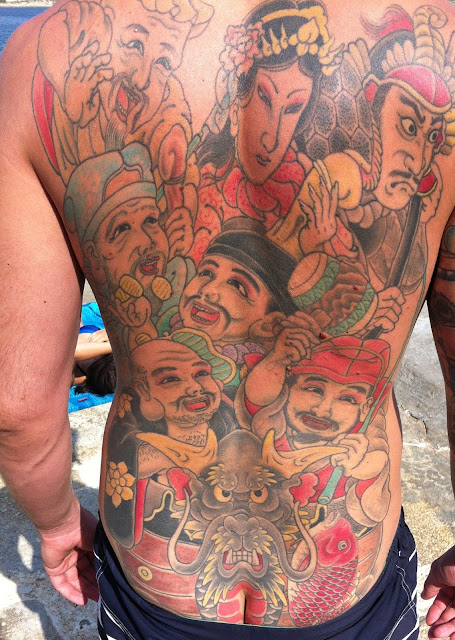 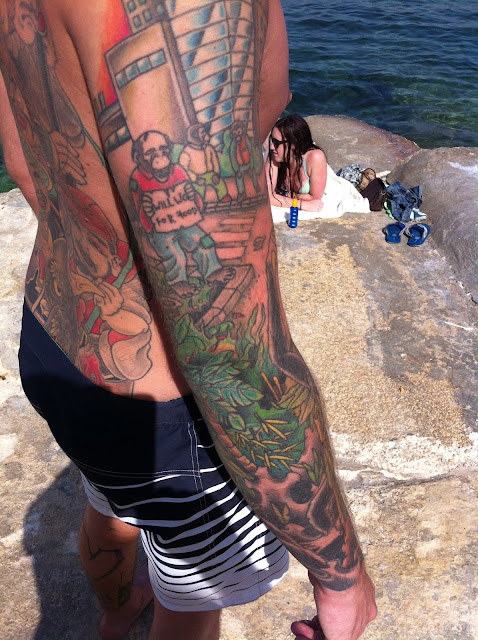 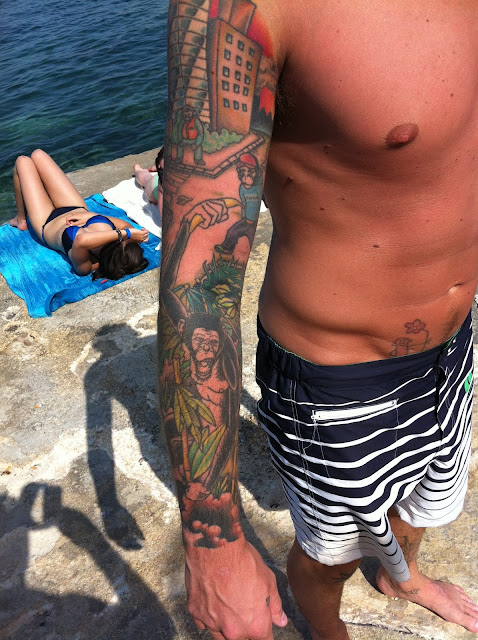 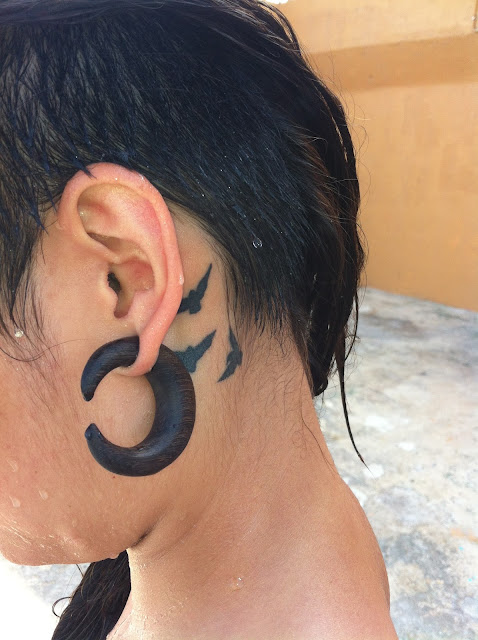 Albert comes from Stockholm where he works as a programmer.  He began being tattooed when he was nineteen having been inspired by the tattoos of his older sister.
His neck tattoo was inked four years ago and having such a visible tattoo has not been a problem for him in his chosen career.  His sleeve which has various monkeys in the theme, is based on his belief that humans are no more than monkeys in the city.
His ear has been stretched over a period of ten years and he's not worried that he can't remove the extender without having stitches in his ear lobe. He hopes that when he is seventy his ear will look the same as you see it now.

His partner, Marie, also from Stockholm has few tattoos so far.but has an extender in her left ear lobe.  It is currently is streched to 12mm and she plans to go no further than 20mm.  However, she does intend to get extensive tattoo coverage.