Showing posts from August, 2013
Show All

My obsession with face and neck tattoos 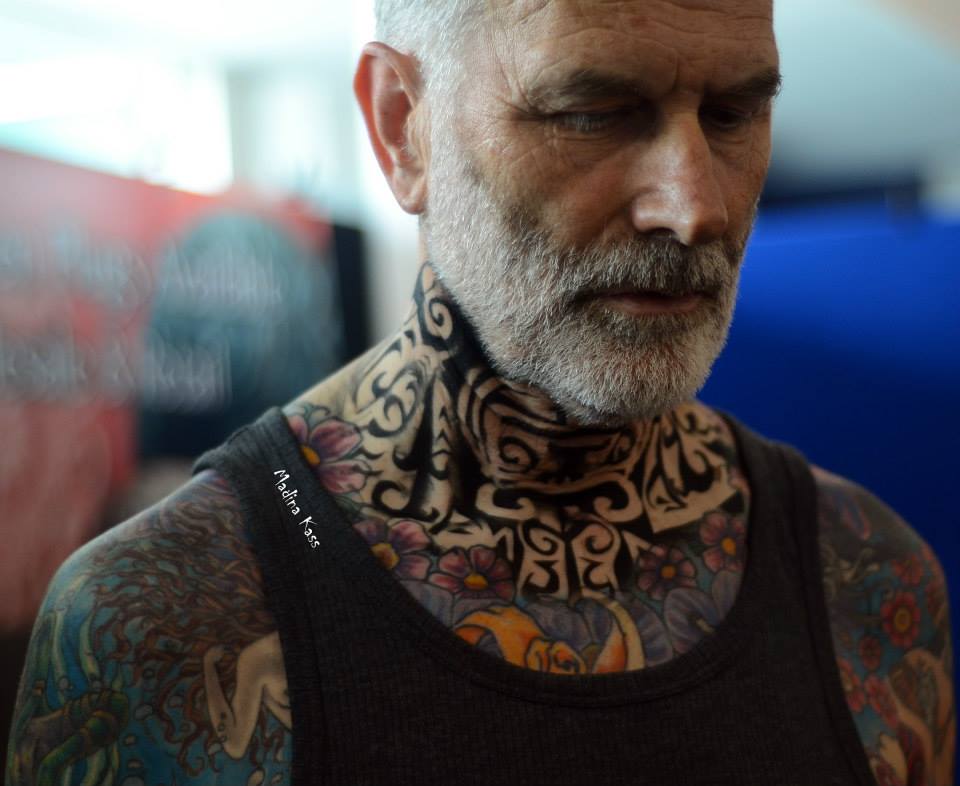 As I have written on occasions before, I am quite obsessed by face tattoos and when I go to a convention now, I get my face and neck covered by temporary tattoos.  This time it was done by Rizpah Brinkman of Boneka Skin Art in Gloucester, who had a stall at the Cheltenham Convention.  Quite a few weeks before the convention I contacted her and discussed what I wanted doing.  As she has connections with New Zealand, she had little difficulty understanding my wishes and desires. She broke the design into many separate elements and when I arrived was able to spray me with her ink template by template.  At the top above you can see me with just my neck complete.  Then came my face.  Rizpah had invited a photographer friend of hers to photos of her work on her clients during the convention.  Madina Kass is her name http://madinakass.com/  and I am very grateful to her for these photos. As ever when I am transformed in this way I am bewildered by the knowledge that to live my life
Post a Comment
Read more 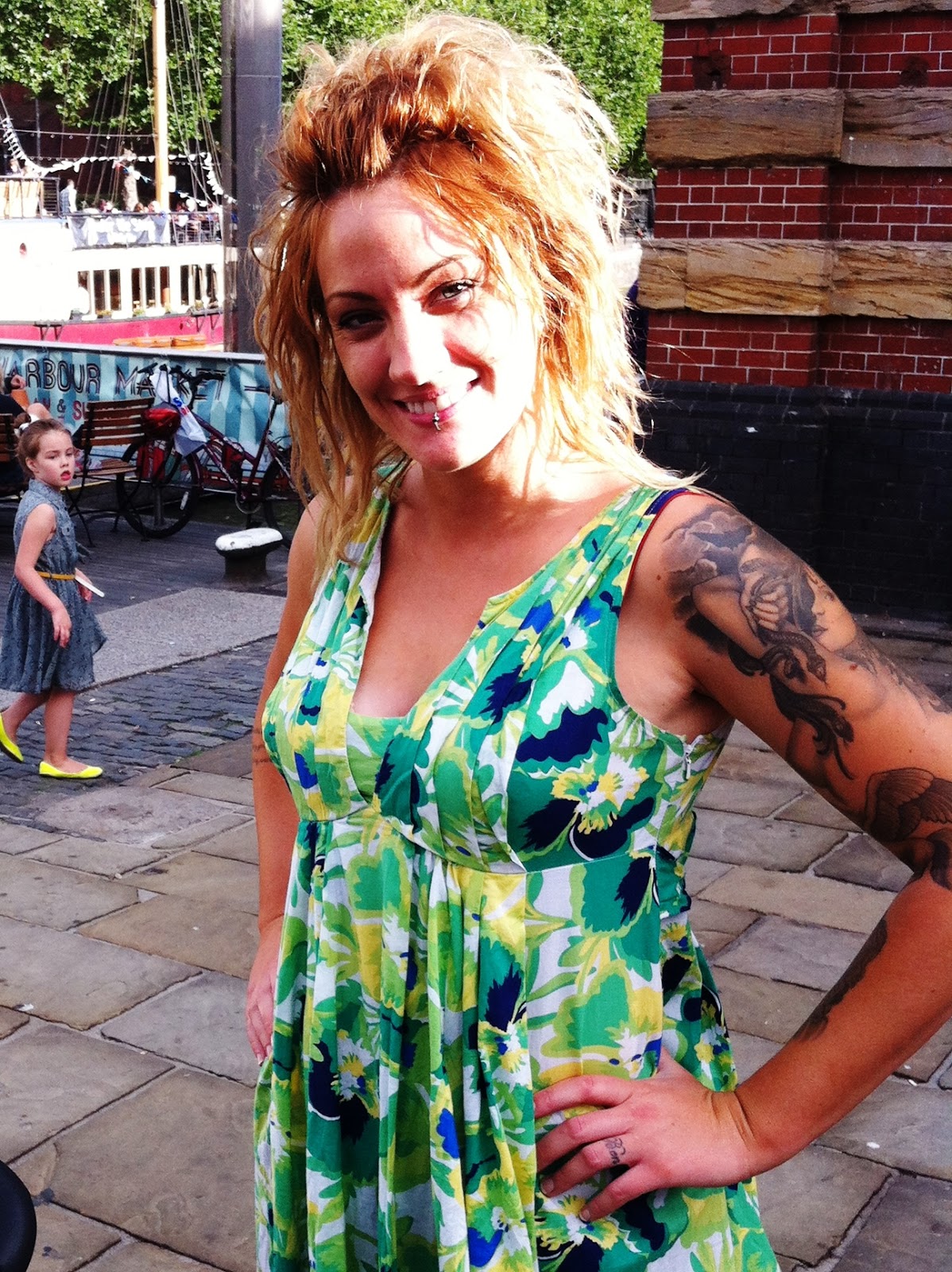 I approached Lorraine in the centre of Bristol, close to the harbour.  She was walking with two of her three children, Bodhi (in the pram) and Brook.  She comes from the Warmley area of the city.             Lorraine didn't get her first tattoo until she was married and by then was 28.  Her husband was tattooed and was keen for Lorraine to be tattooed too.  She didn't take any persuading, as she had always wanted to have a tattoo. The decision made she wanted to get the work done by one of the best.  They watched "London Ink" on television and were drawn to Louis Molloy's style.  http://www.loumolloy.com/   Now once a year in January she makes a several hour pilgrimage to Middleton, which is near Oldham, and has three hours work done by Louis. Most of her ink so far is on her left arm, though her left leg has some more simple work and she has several other smaller pieces elsewhere.  She's not interested in getting a bodys
Post a Comment
Read more 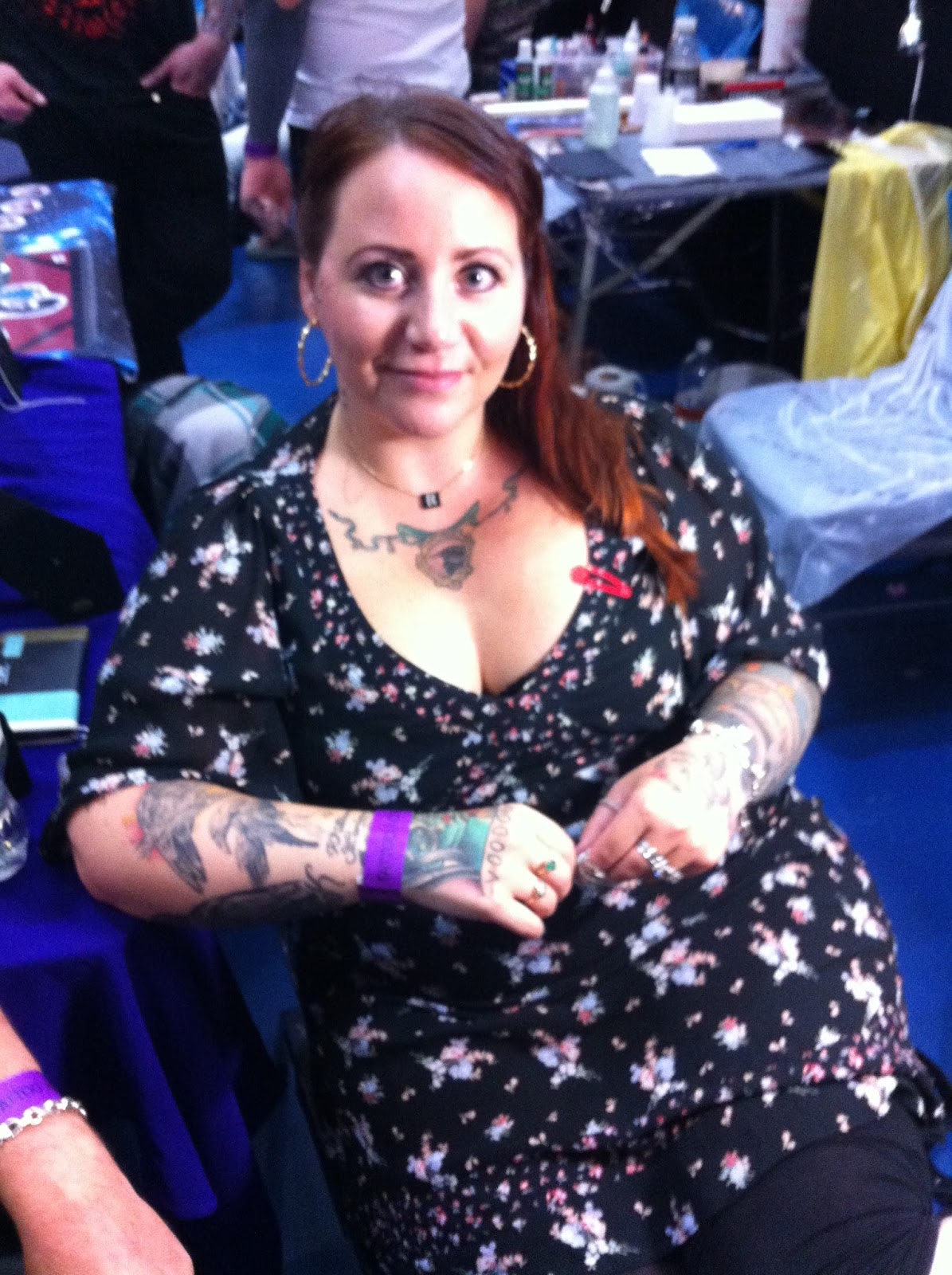 My attention was caught by the familiar sound of Merseyside accents.  Sister Sammy from Birkenhead was engaged in a leg tattoo for Rebecca, who is from Wavertree in Liverpool.  A posh part of the city, as she put it.  Alongside her but not pictured here was her husband.   Rebecca has taken a few hard knocks in life.  She has just dealt with her second bout of cancer.  Sixteen years ago it attacked her kidneys, this last April her throat.  Not that there was any obvious sign that she had been unwell.  She is devoted to her son who is autistic.   Her first tattoo she got when she was 18 and was a butterfly.  She started to get tattooed in earnest when she was 30, when she first had cancer.  She says she always loved the artwork of tattoos but on realising that life is precious she also knew that time can be too.  Her reservations about tattoos weakened by a sense that life can be short she began to get more coverage.   She finds getting tattooed to be a spiritual experi
Post a Comment
Read more 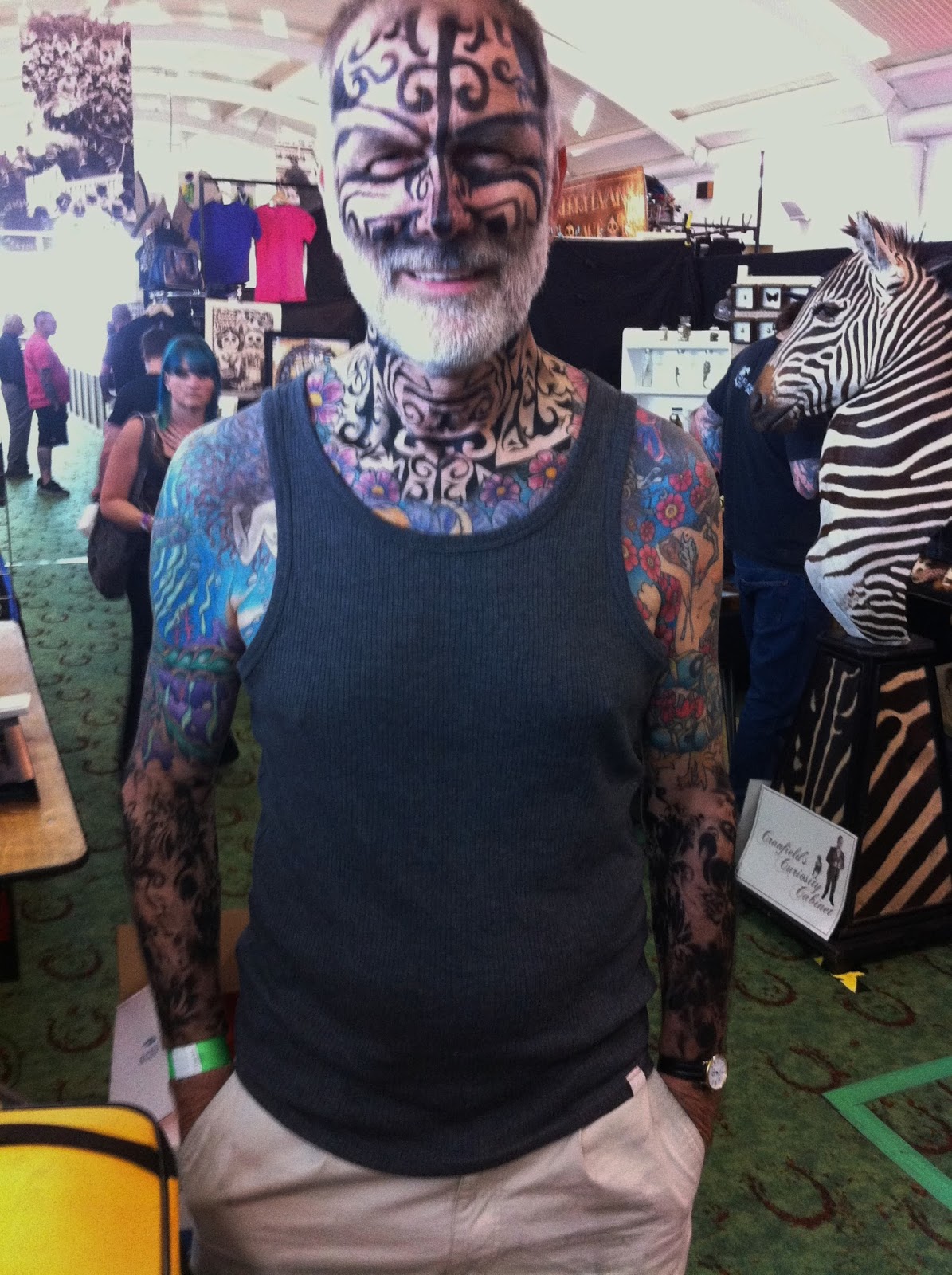 I had a great day yesterday at the Cheltenham Convention, held at the racecourse.  First stop I had my face and neck painted by Rizpah Brinkman, see above. Then I swanned around the halls talking to anyone who would listen.  Below are those I interviewed and photographed.  I am worried I may have got some of the captions wrong!  Matching my notes to the people was tricky in some cases as I had so many conversations in the course of the day. Over the next few weeks I will write a blog on each of them individually. Phoebe Black Bekah Baker Leah Moule, Spear Tattoo  Emy Claire Bekka from Newbury Rob Wilden Cat from Chelmsford Rebecca from Liverpool Emma from Southampton Annalieza Pullin from Tokyo Tattoo
Post a Comment
Read more
More posts