Jessica aspiring to be a tattooist 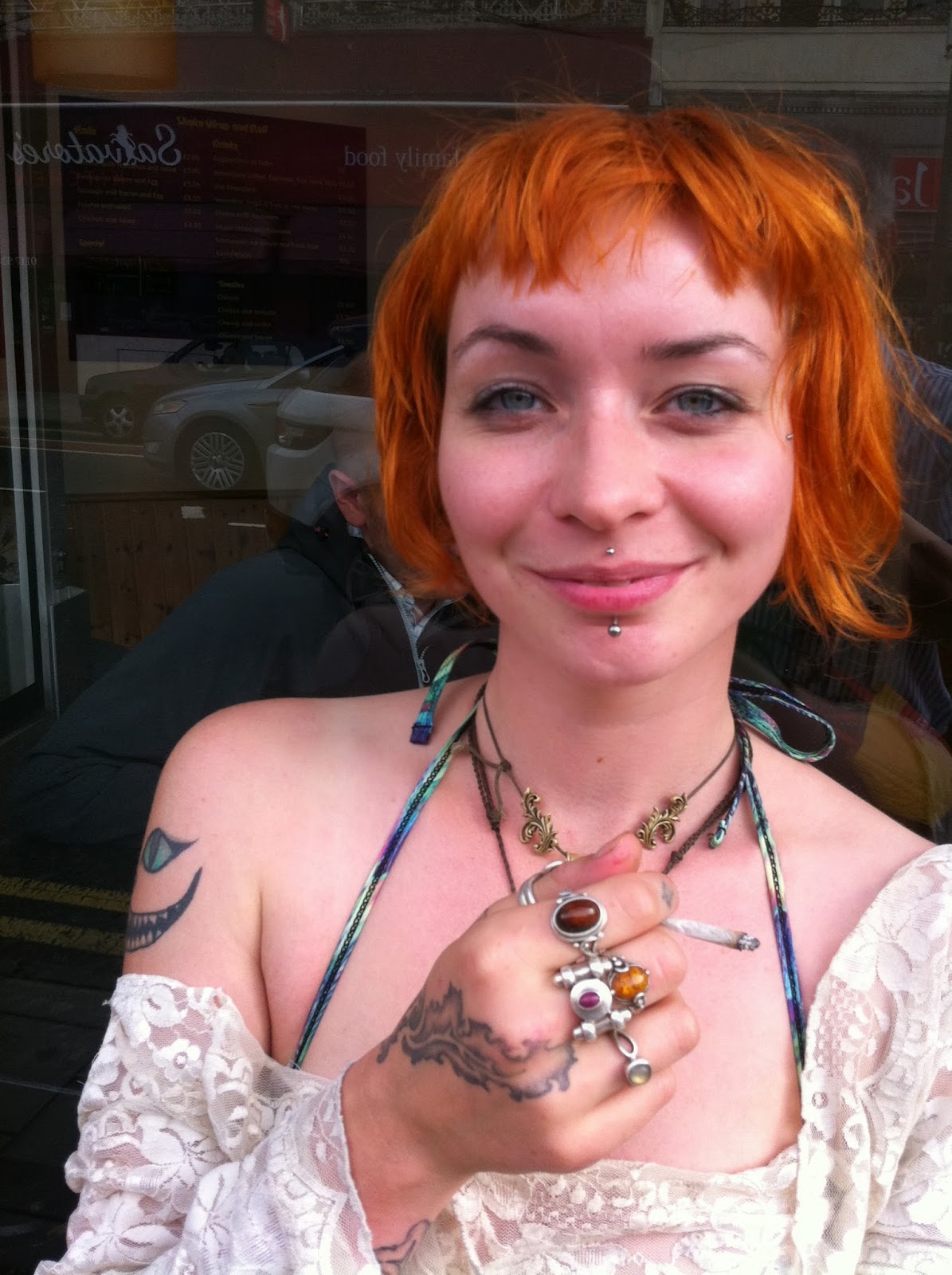 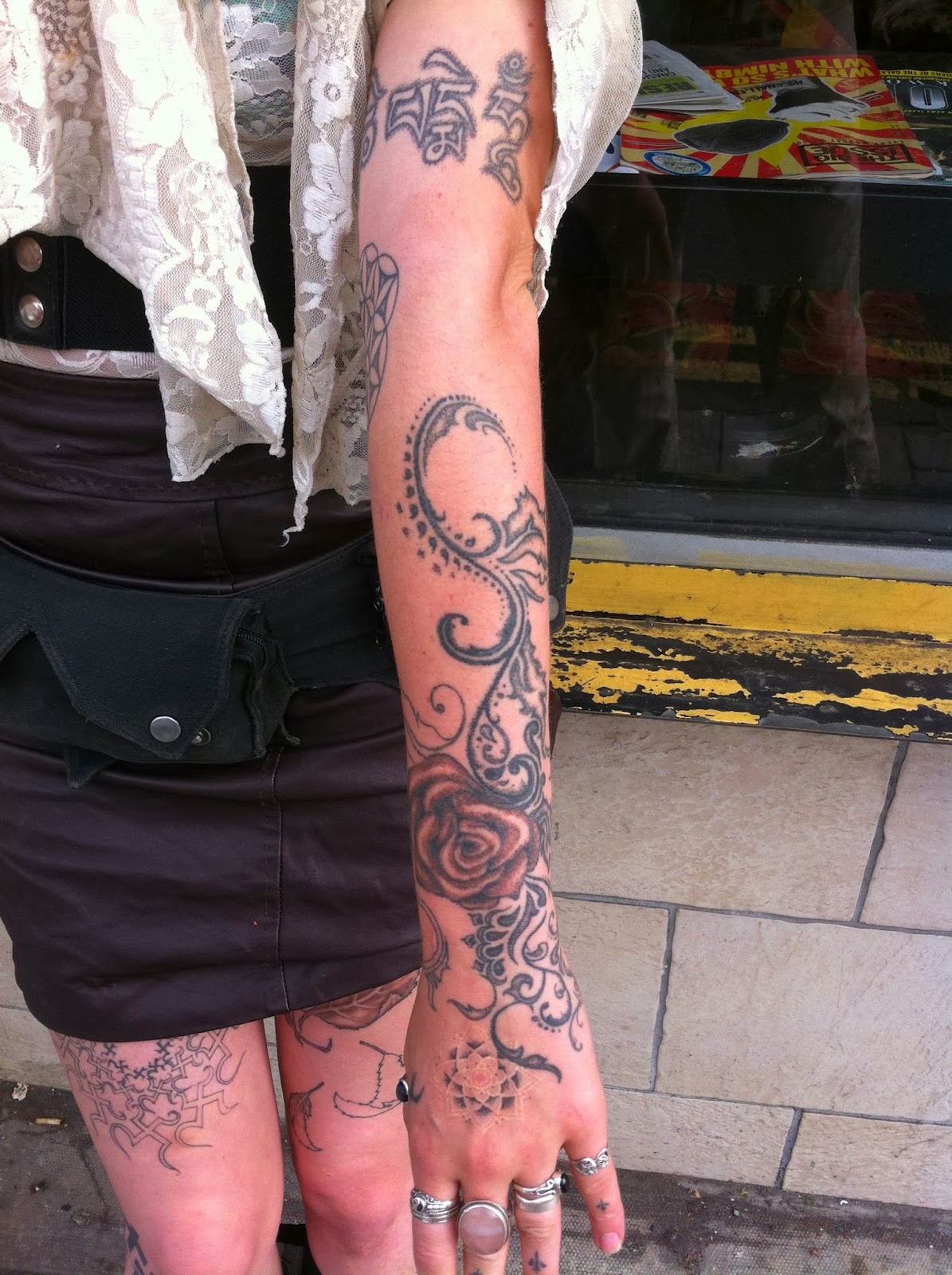 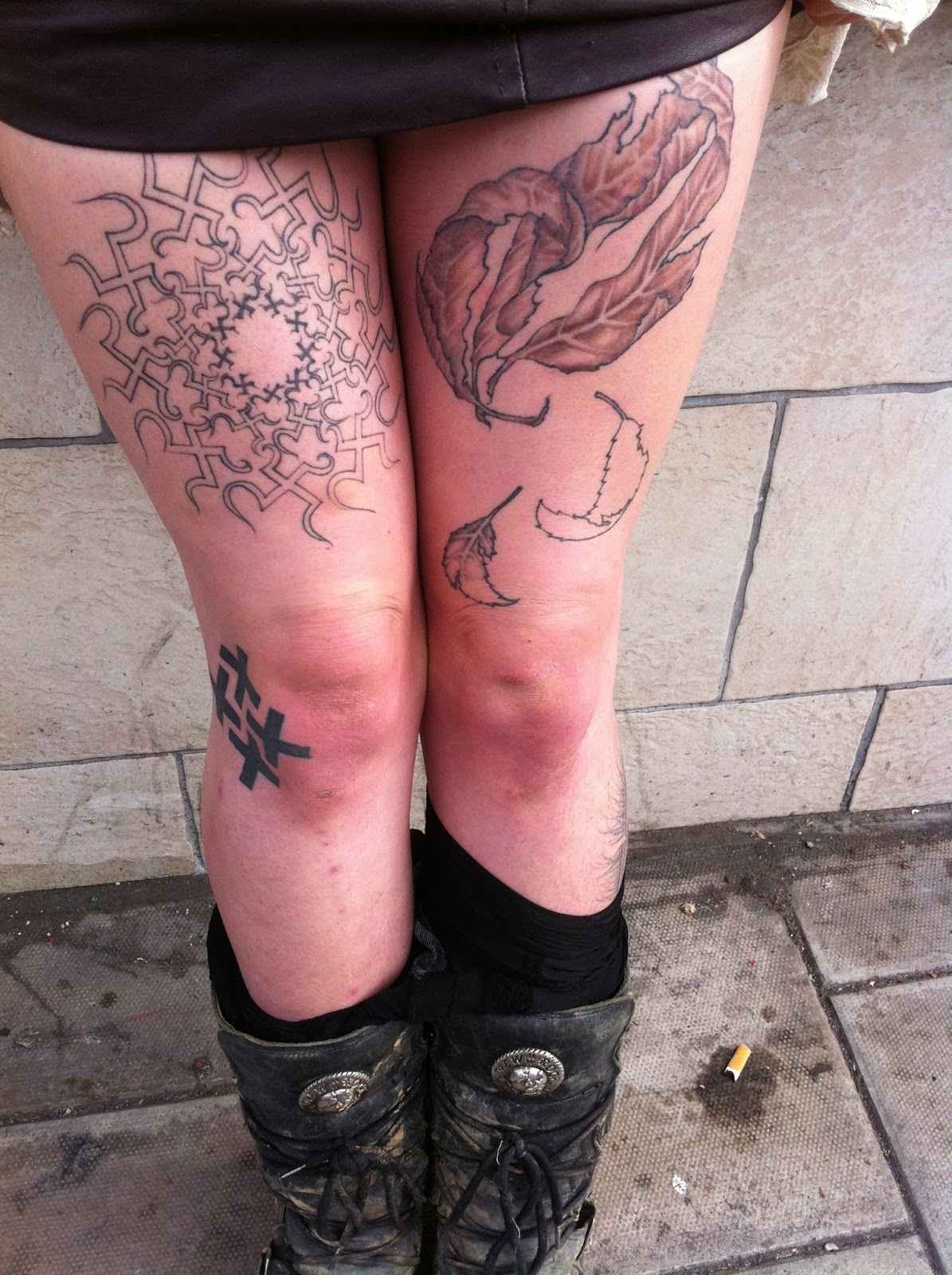 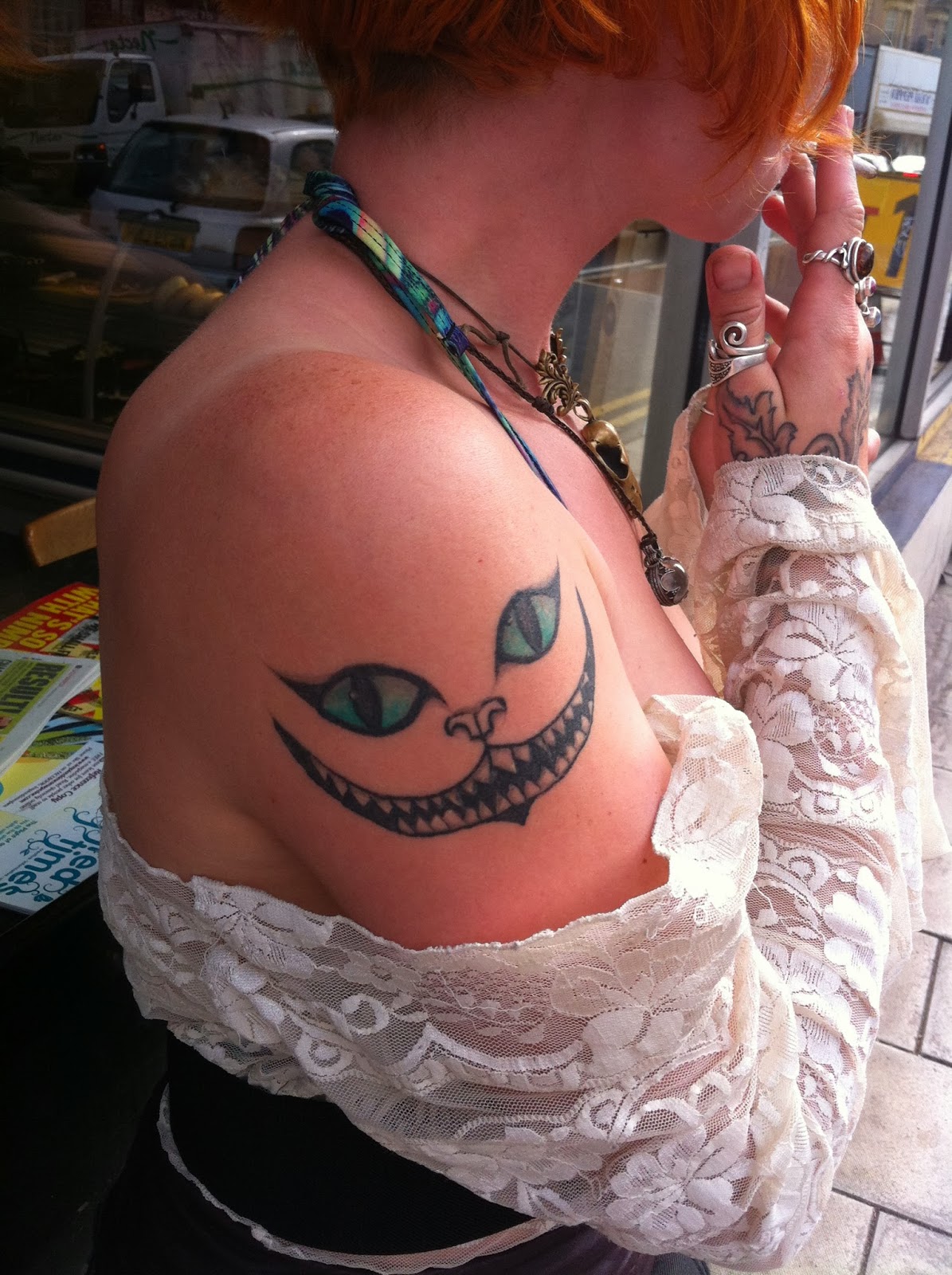 Jessica Kaia is twenty two years of age and lives in Easton, in Bristol.  We met in the cafe next door to Ben Boston's Tattoo Studio.  I had just finished a two hour session with Ben.

Jessica had been out and about in Bristol on Gloucester Road chugging for Greenpeace and was taking a lunch break  Among her talents she is also a fire eater/performer, but I won't explore that story here. Most of all she says she wants to be a professional tattooist.  She had an apprenticeship in Cornwall but that came to an abrupt end when the partners running the shop rather spectacularly fell out with each other.

Ben has often talked about his worries over the number of "scratchers", people who buy tattoo equipment and clumsily use them at home.  They may do this with friends.  The problem is they have little or no skill and fail to observe basic hygiene.

Jessica introduced herself to me as a scratcher but it quickly became apparent that she has one big aspiration in life - to become a professional tattooist.  She has started by practising on her own body and the ink on her arms and legs are all her own work.  For £30 an hour she tattoos her friends.  I asked her about hygiene and she quickly retorted that she uses needles only once and quickly disposes of her materials.  She would like to find an apprenticeship in Bristol.  By chance Ben came into the cafe while I was chatting to her. They had a short conversation in which Ben told her how hard it would be to find an apprenticeship in the city. She looked a little discouraged.  But then Ben is something of a loner and most tattooists are careful to guard their patch, even if gently.

Jessica showed me photos of her work and explained she especially is fascinated by dot work and likes to work with white ink and use minimal colour. She studied fine art at Falmouth but didn't finish her course because she got bored rather easily.  She doesn't seem to find tattoos boring.

She had her first tattoo just two years ago and most of what you see here is her own doing. She mentioned she had tattooed her own legs, but I couldn't see them very well even out in the street where she was having a fag as she was wearing black tights.  I said to her, "well you can hardly take your tights of in the street" at which point she did, causing a number of male passer bys eyes to stick out on stilts.  Jessica is not a shy girl. So I was able to photograph her legs.

From these photos you may sense that she is mischievous and audacious.  It will be interesting to see if she makes it.  You can find her on Facebook at https://www.facebook.com/JessKaia