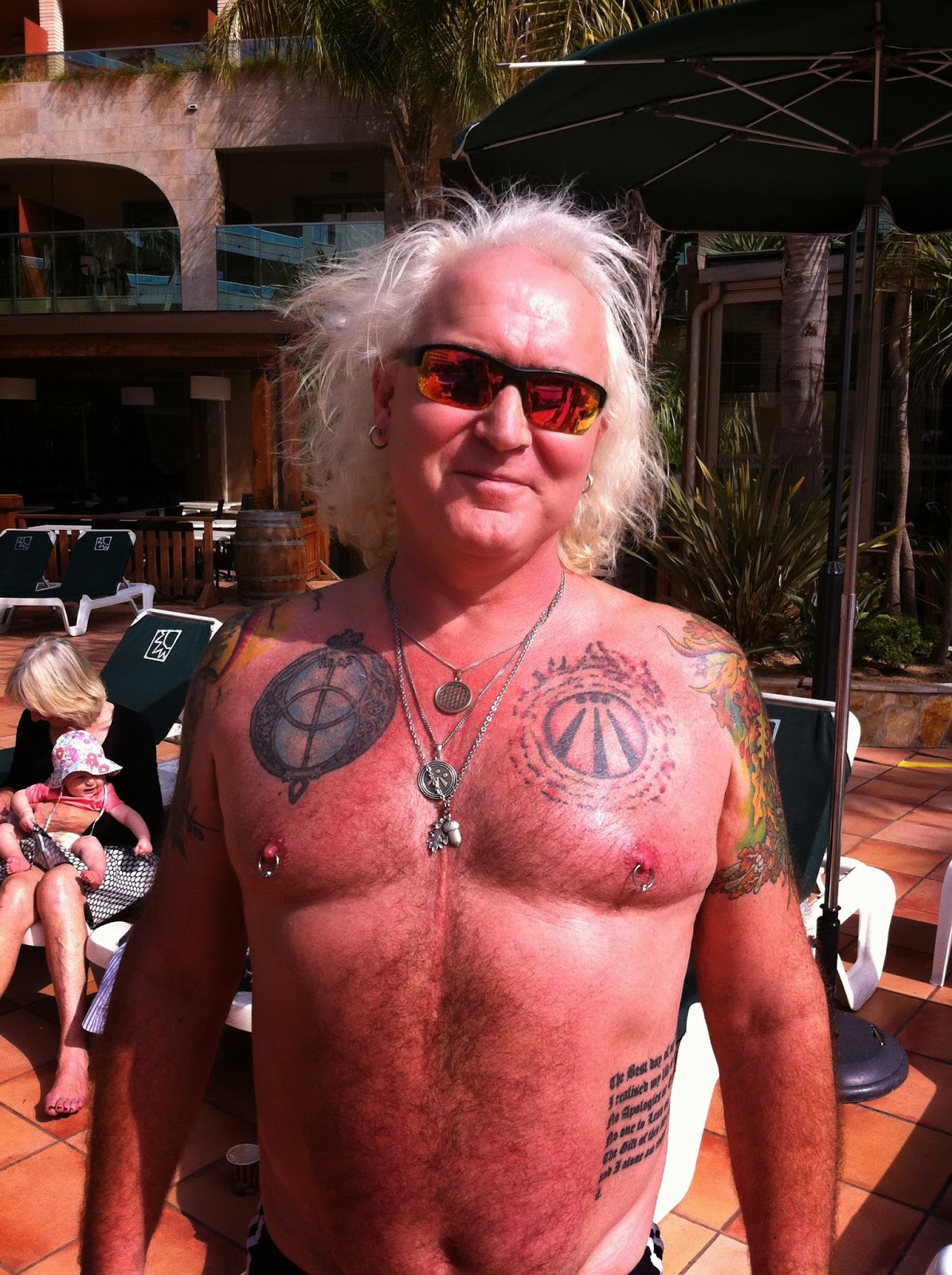 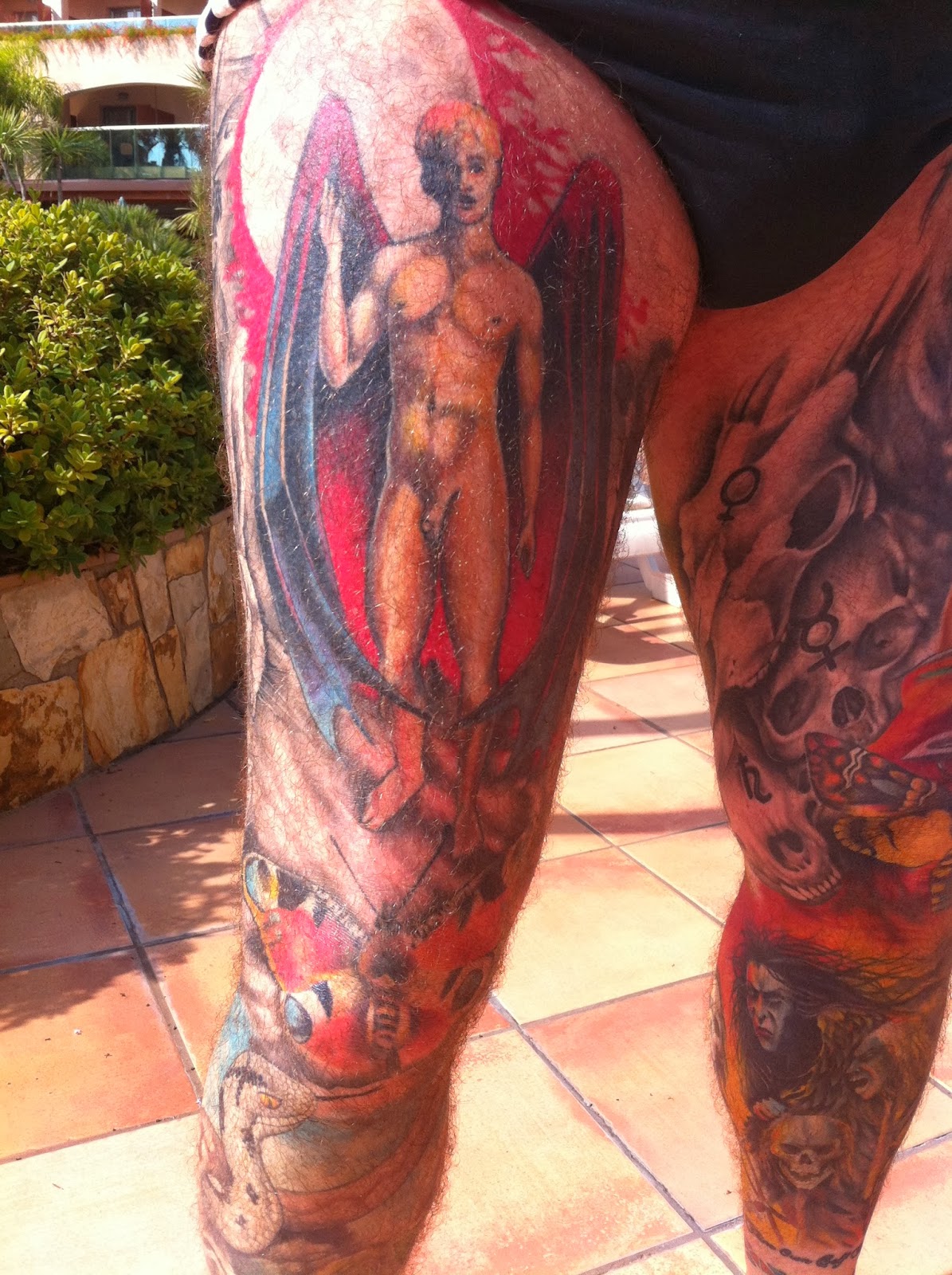 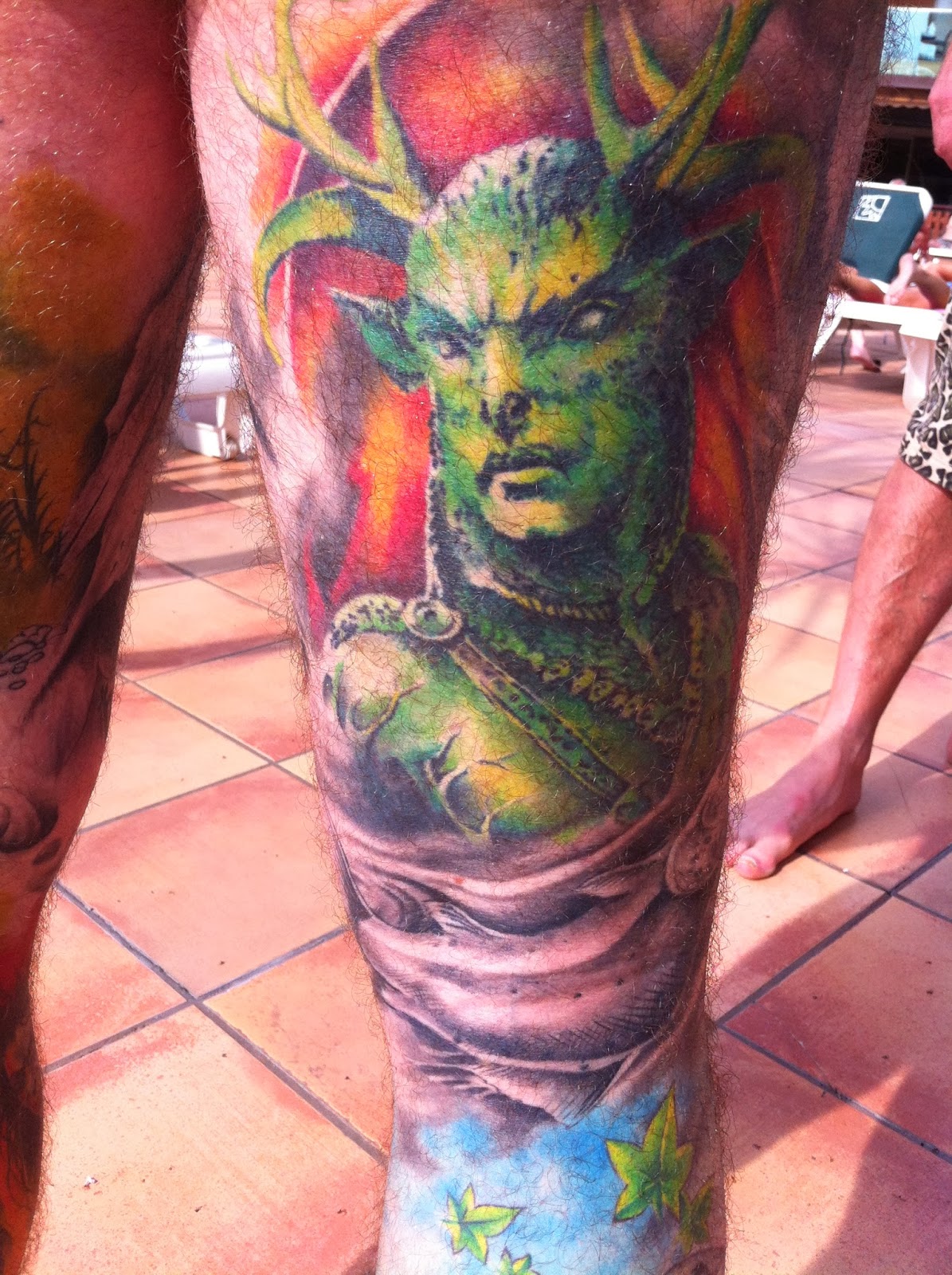 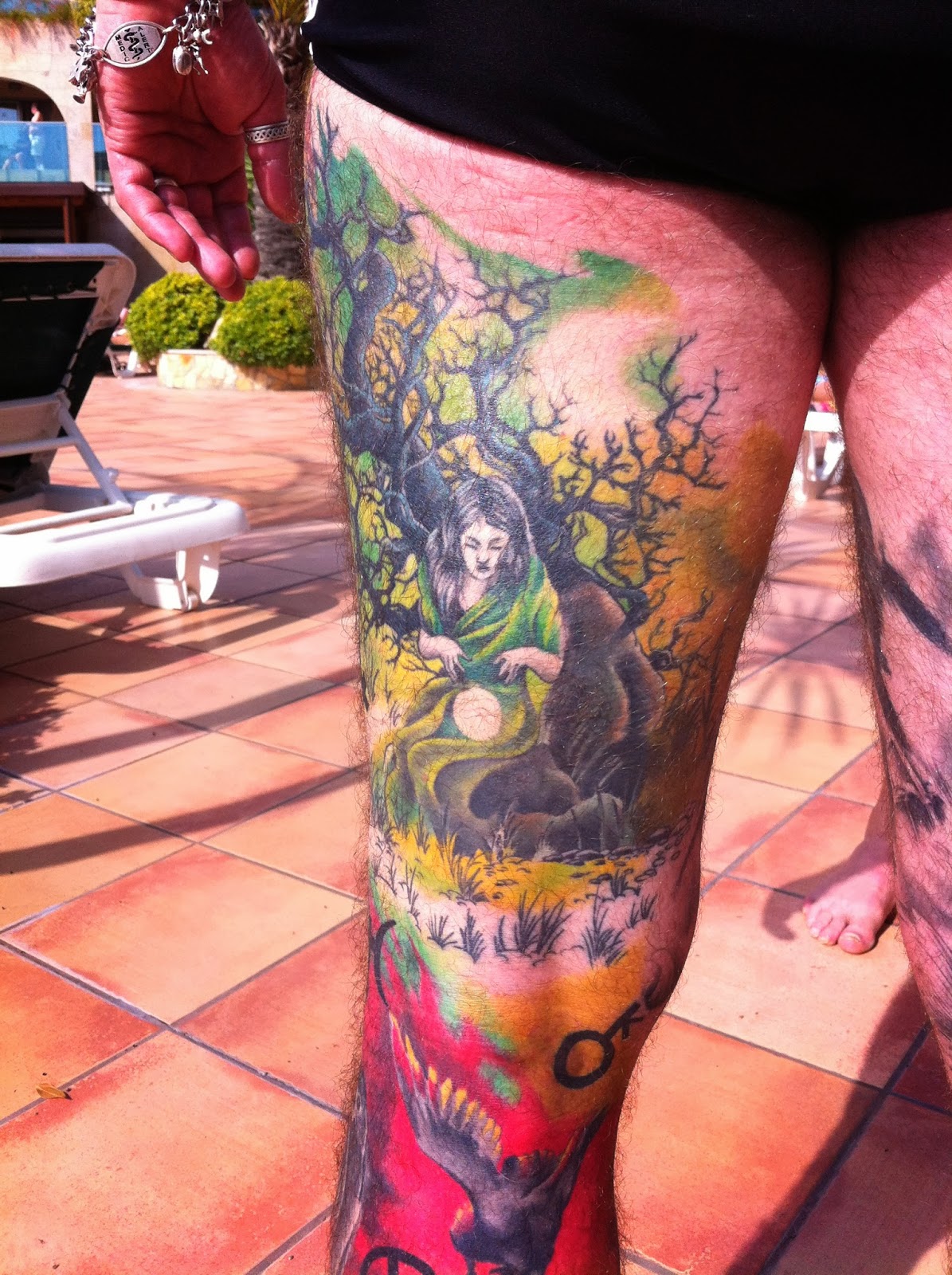 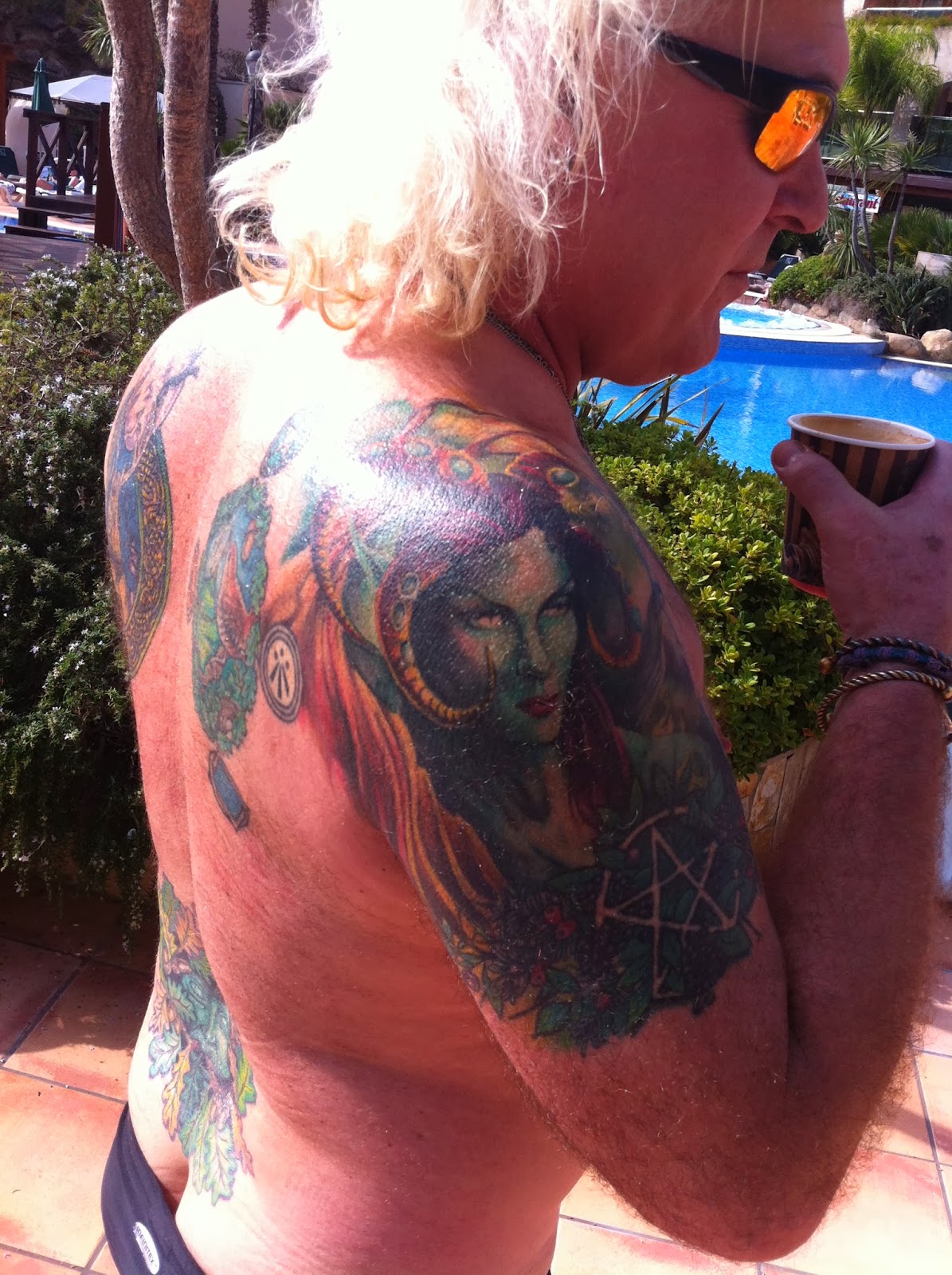 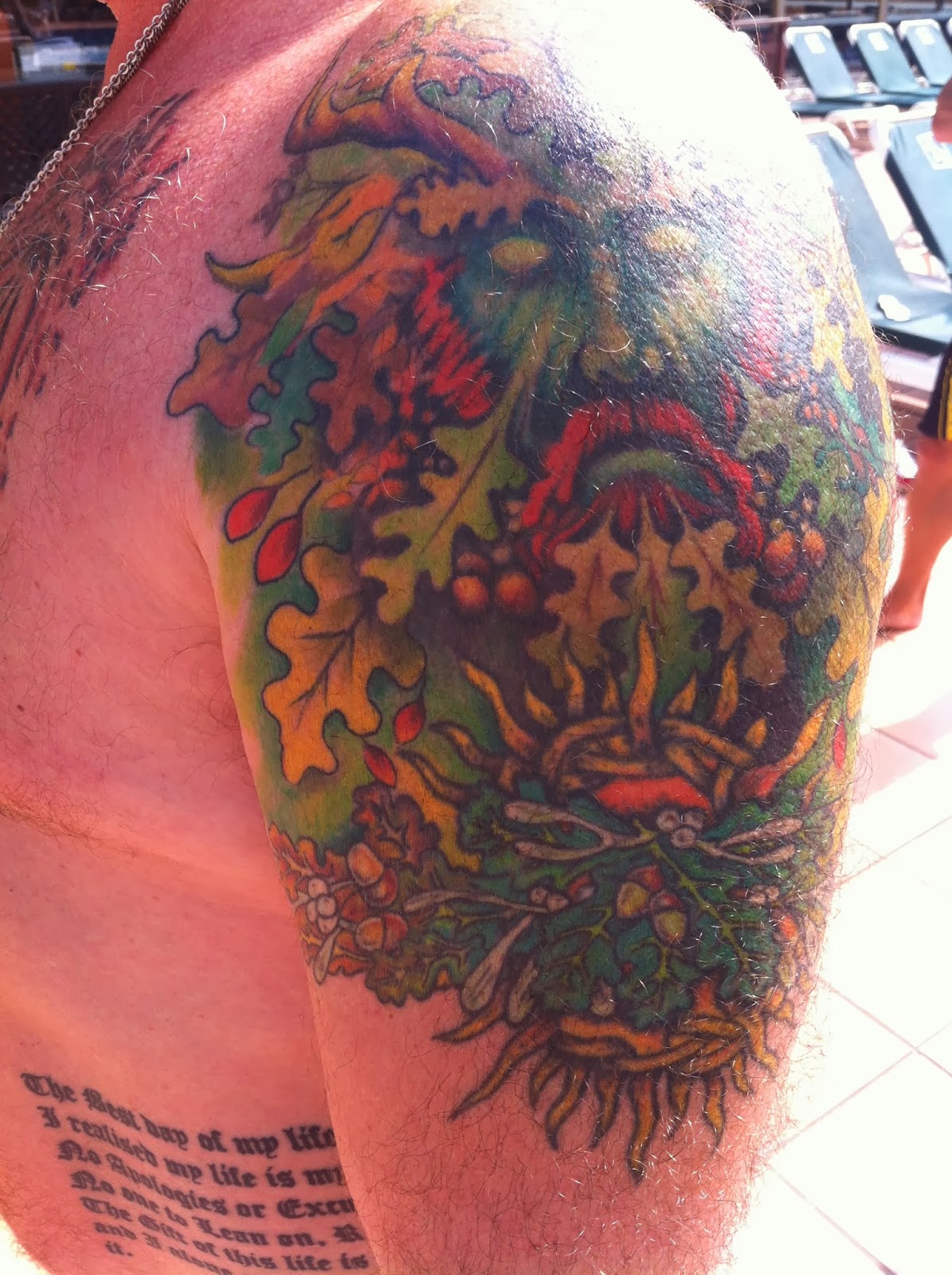 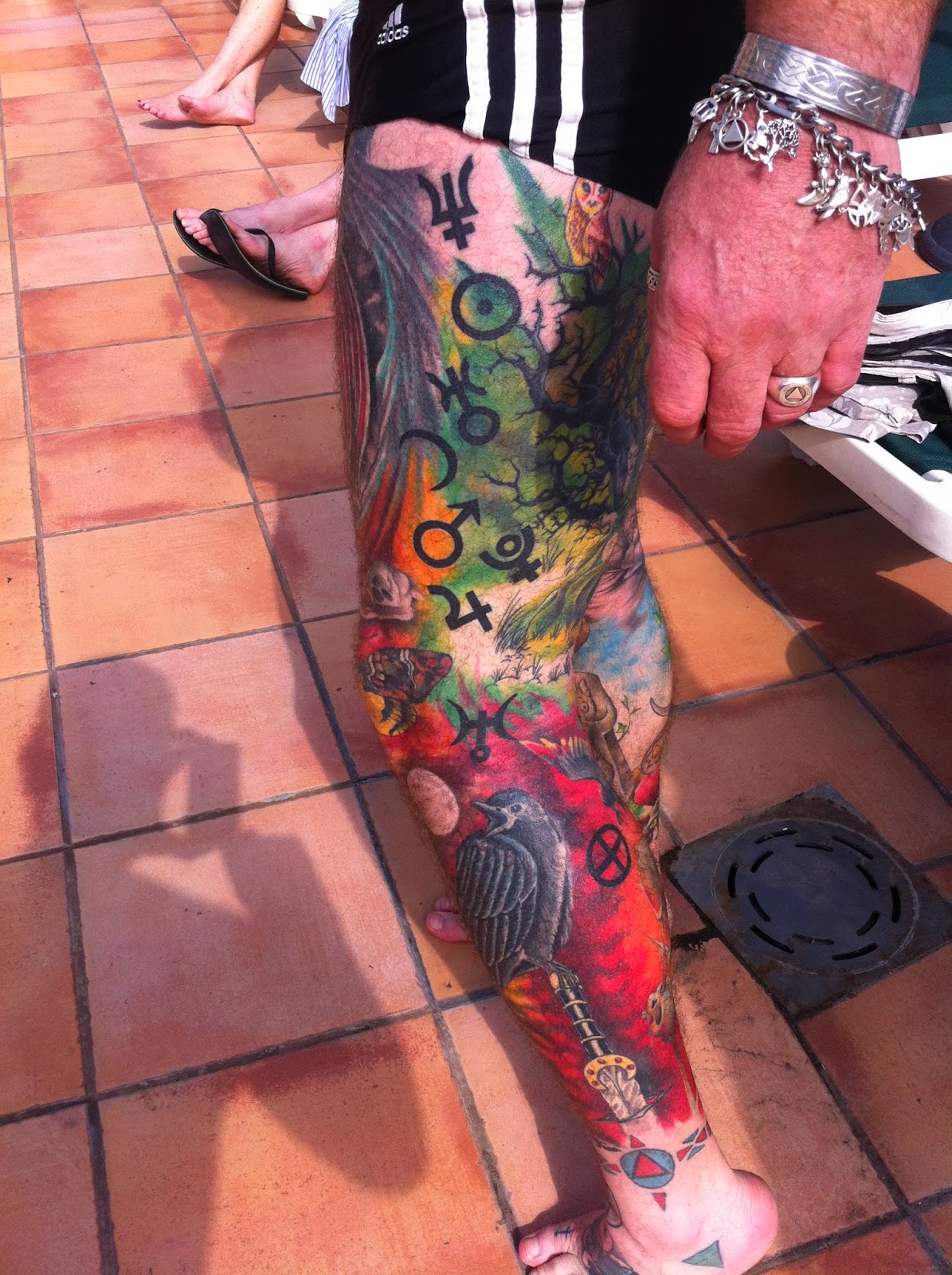 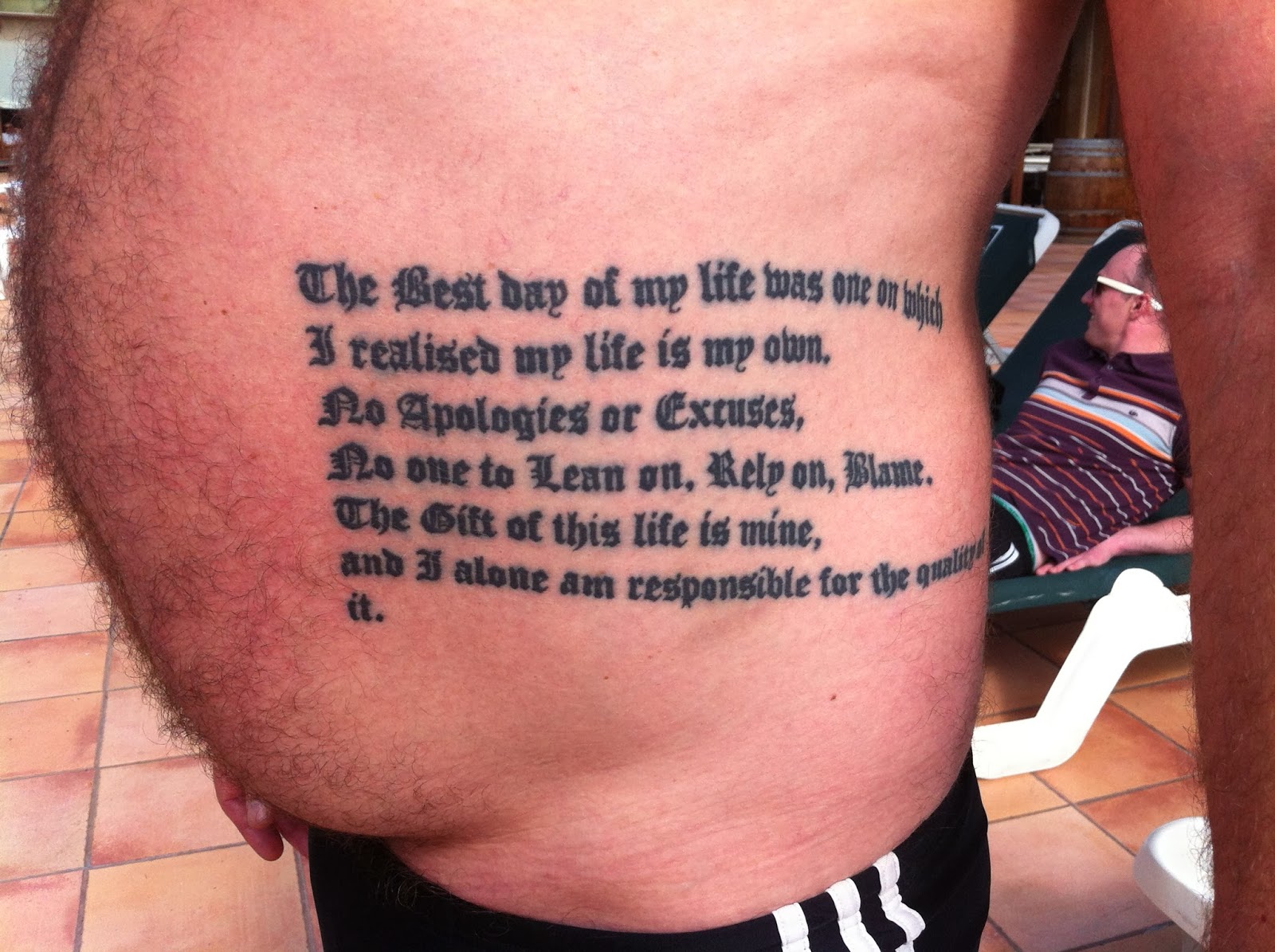 Adrian is a big man and of my friends in Bristol the only person who has just about as much ink as I have - maybe more.  His legs are covered and there's quite a bit of stuff elsewhere.  All of them appear to be influenced by his beliefs.  He even had some druid symbols tattooed over his already completed leg piece.

I had planned to get more information from him about his tattooist and the sequence of his tattoos but haven't yet done so.  That will follow.

He and I were at a convention at the Costa Brava earlier this month and it's at the hotel I took these photos.