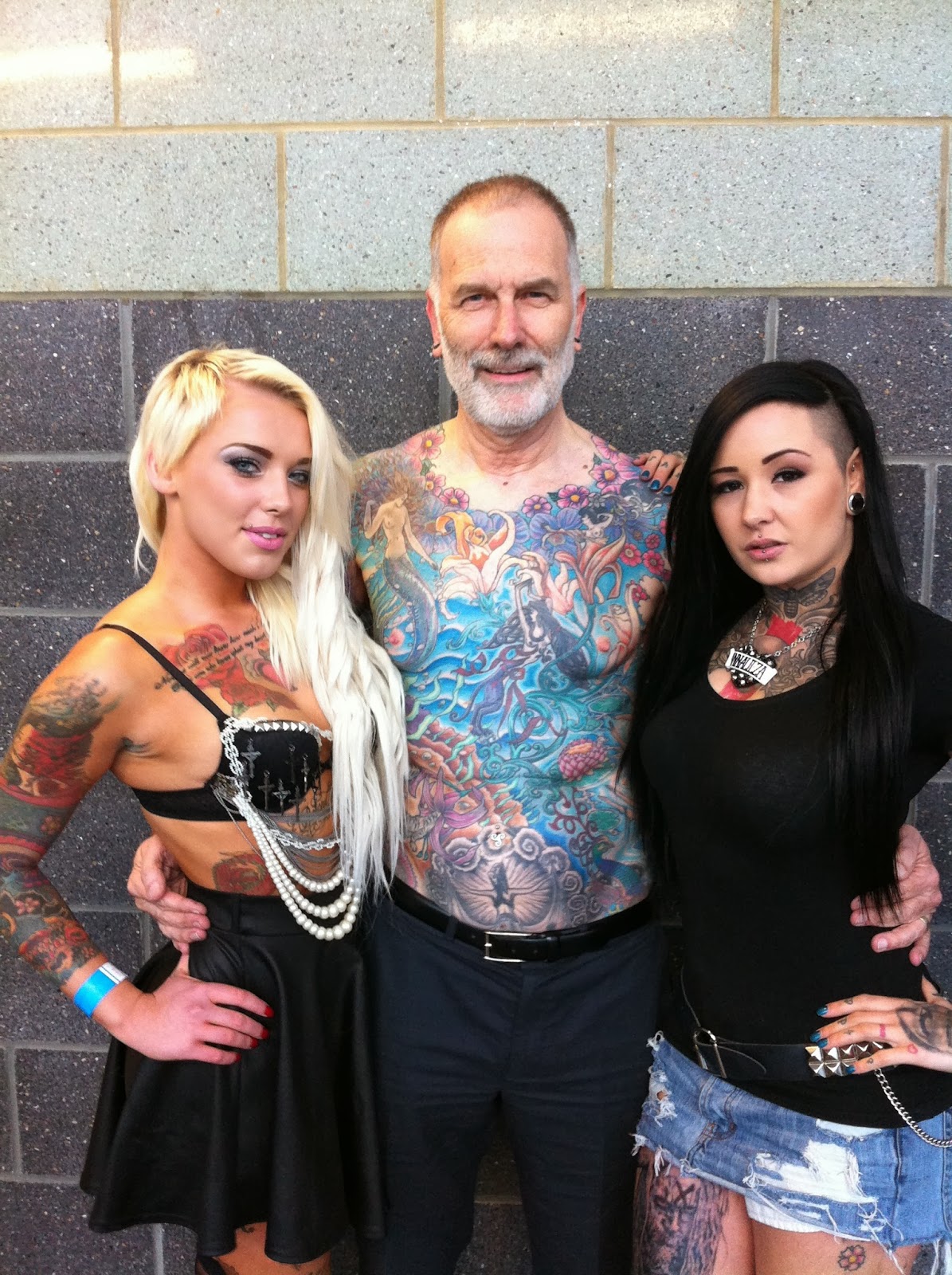 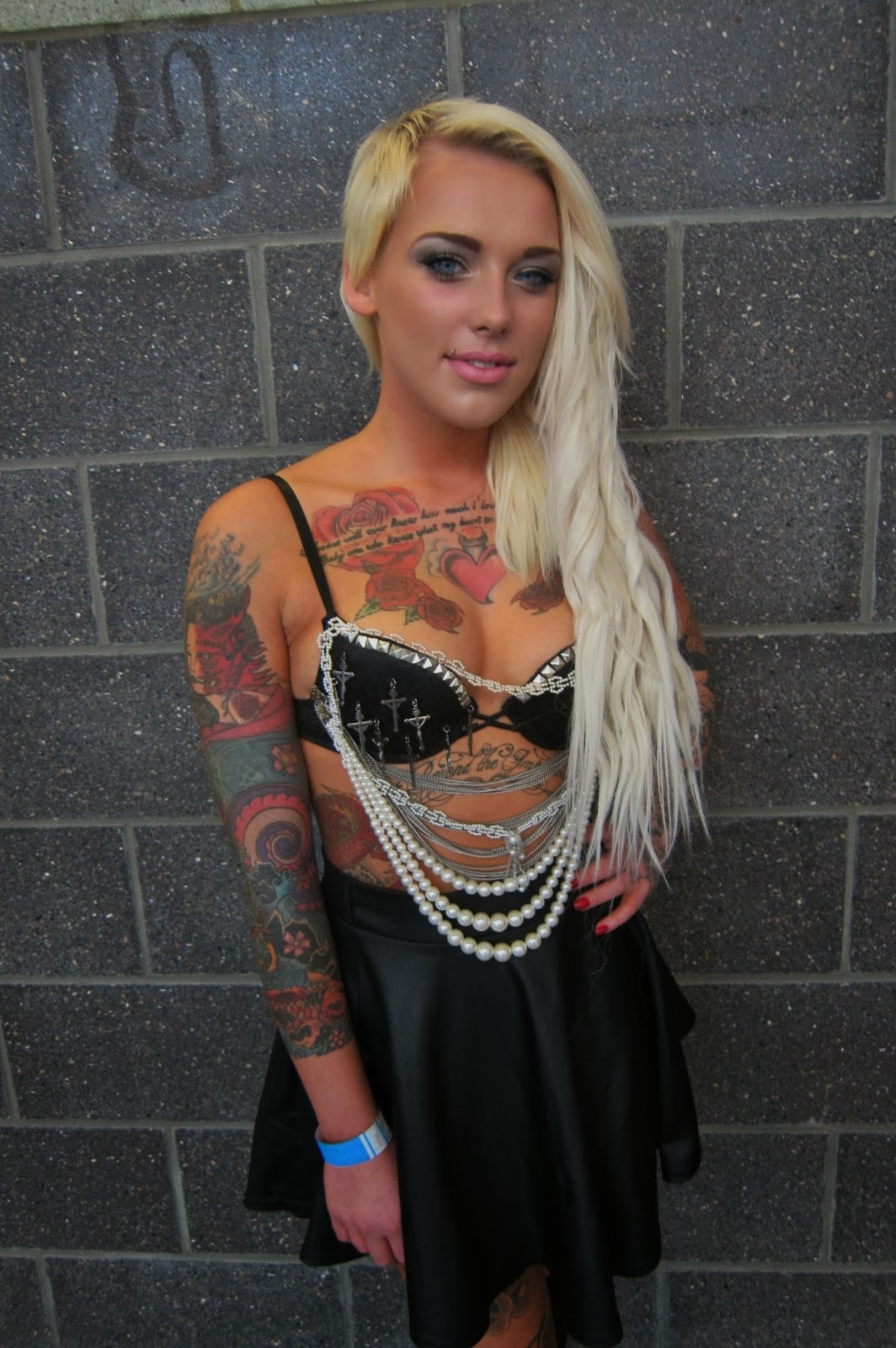 I had not gone to the Cardiff Halloween Bash this past weekend expecting to have my photo taken with Lauren Brock (professional name Lady Lauren) and with Annalieza (who I featured in my blog a few months ago.)  But Lauren's man, Jon, decided he wanted a photo of us together so he took one on his camera and this on mine.  Some dreams do come true.

Lauren has appeared on the front cover of numerous tattoo magazines and a simple search for her name brings up numerous photos on her, all far more professional than these, but Lauren is such a skilled model that even at my hands she makes my photos look pretty good.  She was on the front cover of Skin Deep just eight months ago.  As she is a native of Cardiff, it was hardly surprising that I caught up with her at the windswept Millennium Stadium on Saturday.  Glamorous women yes, bit the breeze block wall hardly matched them.  An outdoor location was not feasible because it was blowing a gale and very cold. 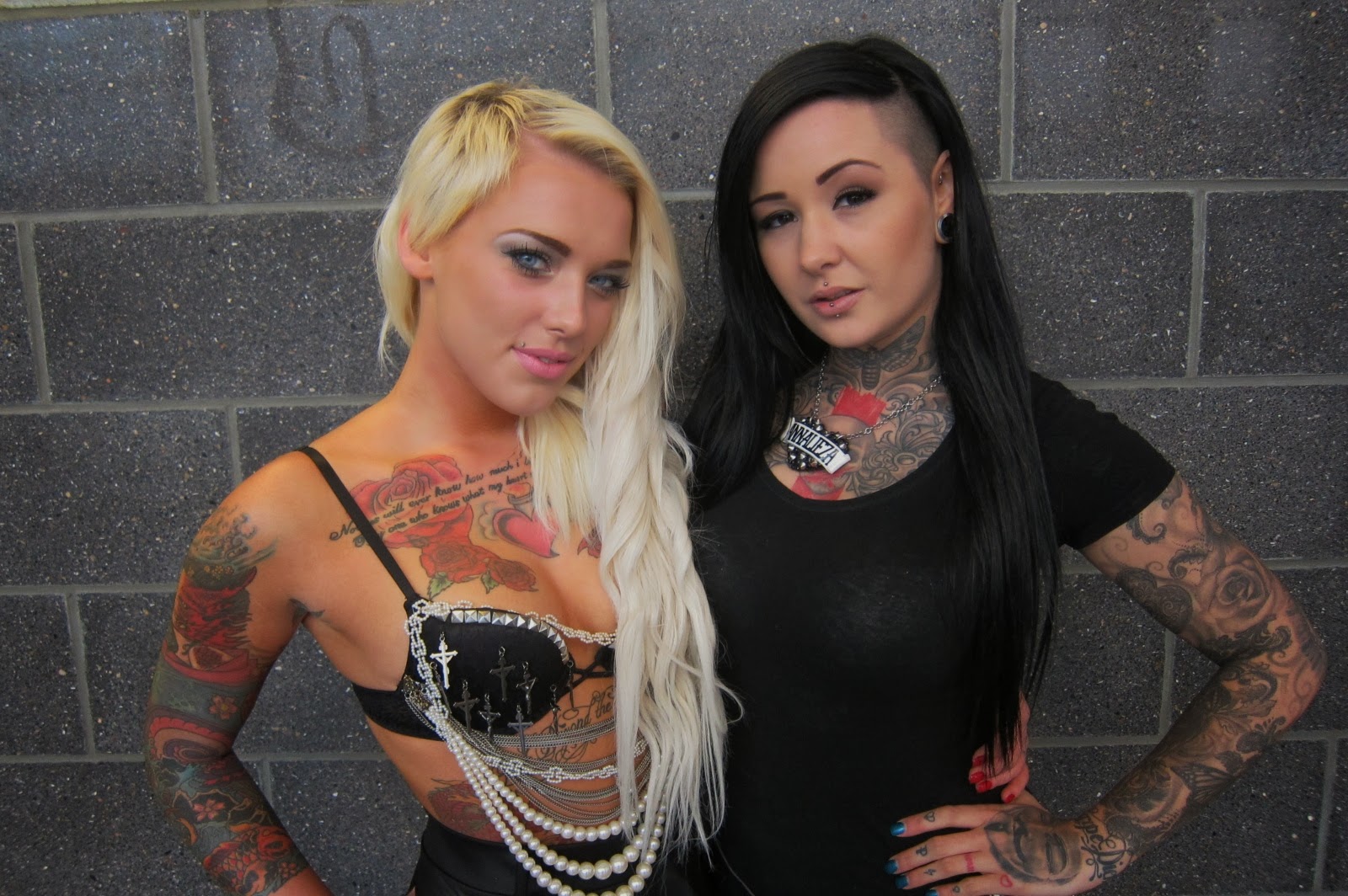 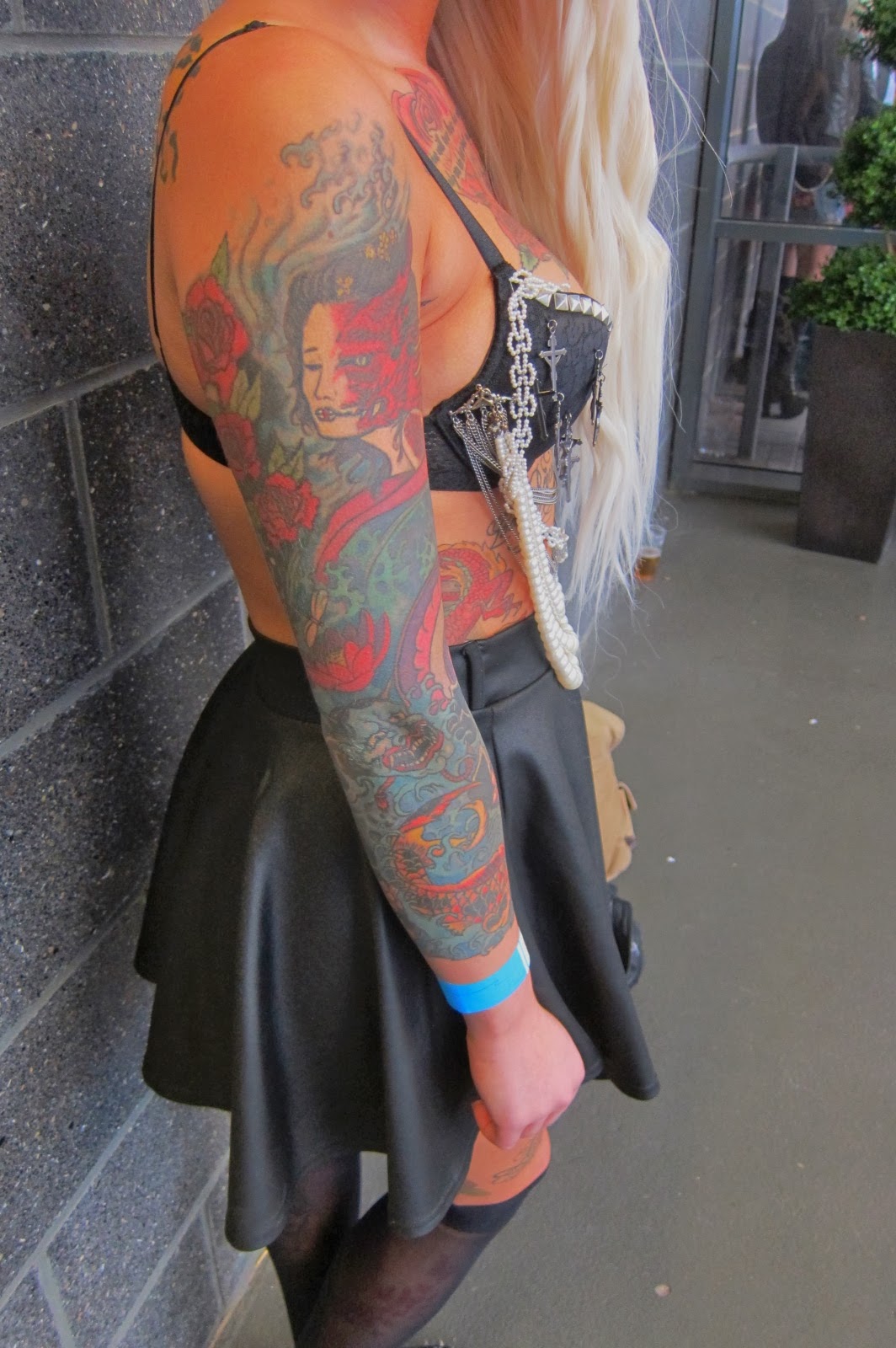 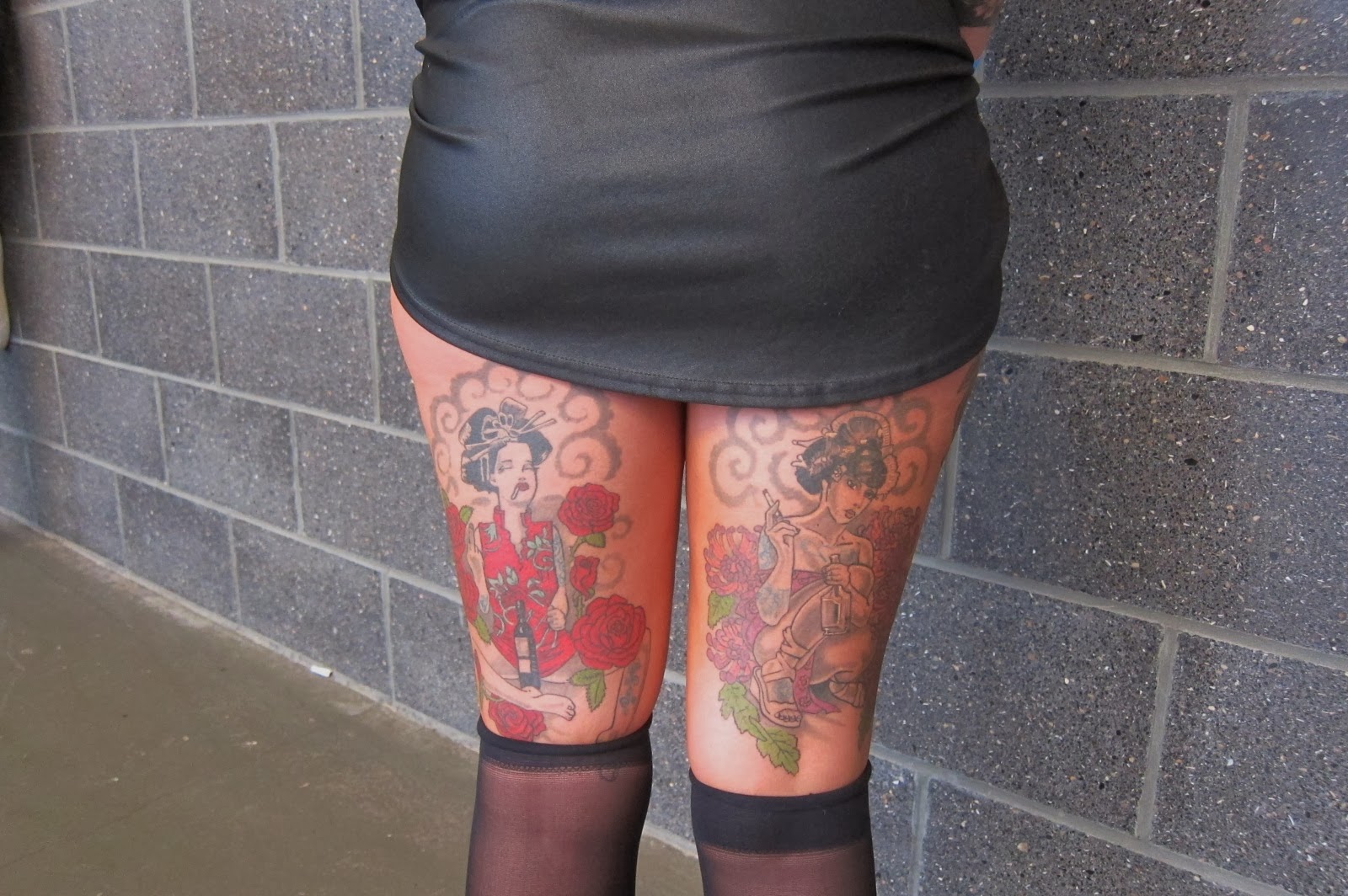 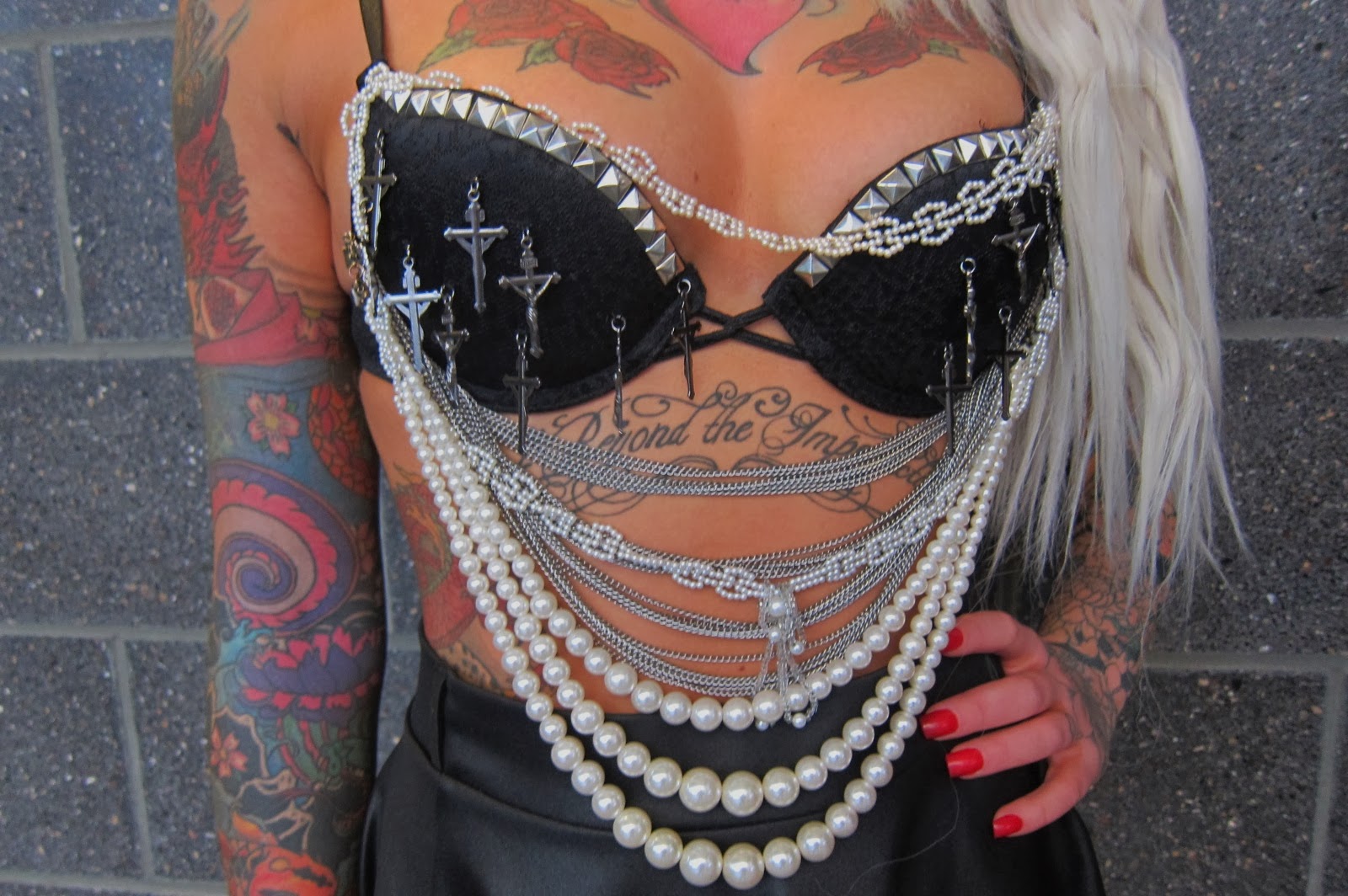 Lauren had her first tattoo when she was only 16 on her leg.  It was a skull and rose, which has subsequently been covered.

She says she will eventually get a full bodysuit, with the exception of her boobs.  She gets inked for the simple reason that she likes it.  An answer I often give people about my ink, because at heart that's what's it's all about and not some dreamt up intellectual reason.  I asked if she would get her head shaved like Annalieza, to which she answered that the right side of head had only just grown out after being shaved.

I also asked if her family were bothered by her tattoos.  Her mother is tattooed so that answered that.

She has a preference for for Japanese work and plans her backpiece to be of a naked lady.

Tokyo Tattoo in Cheltenham have done her work. http://tokyotattoo.co.uk