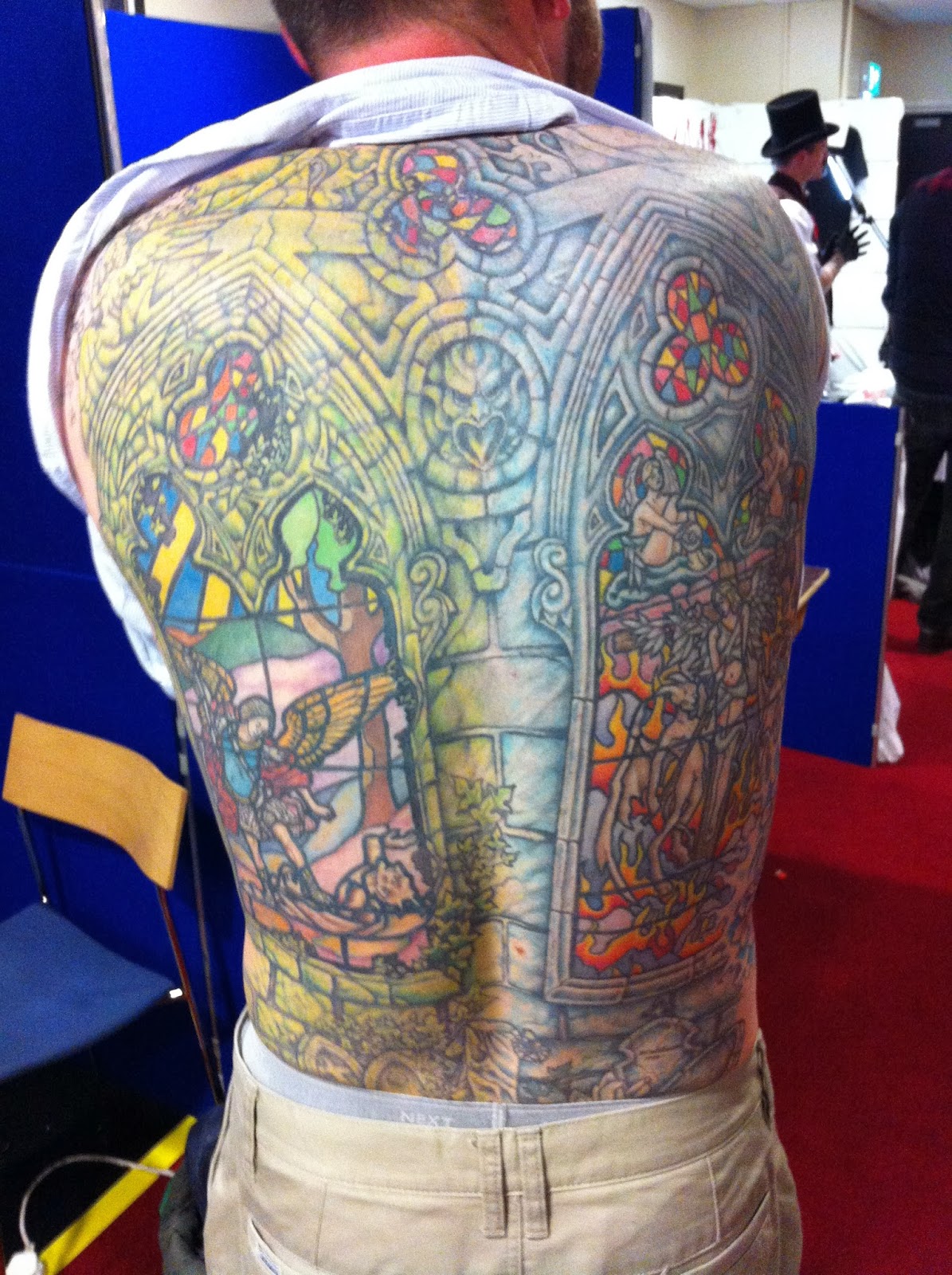 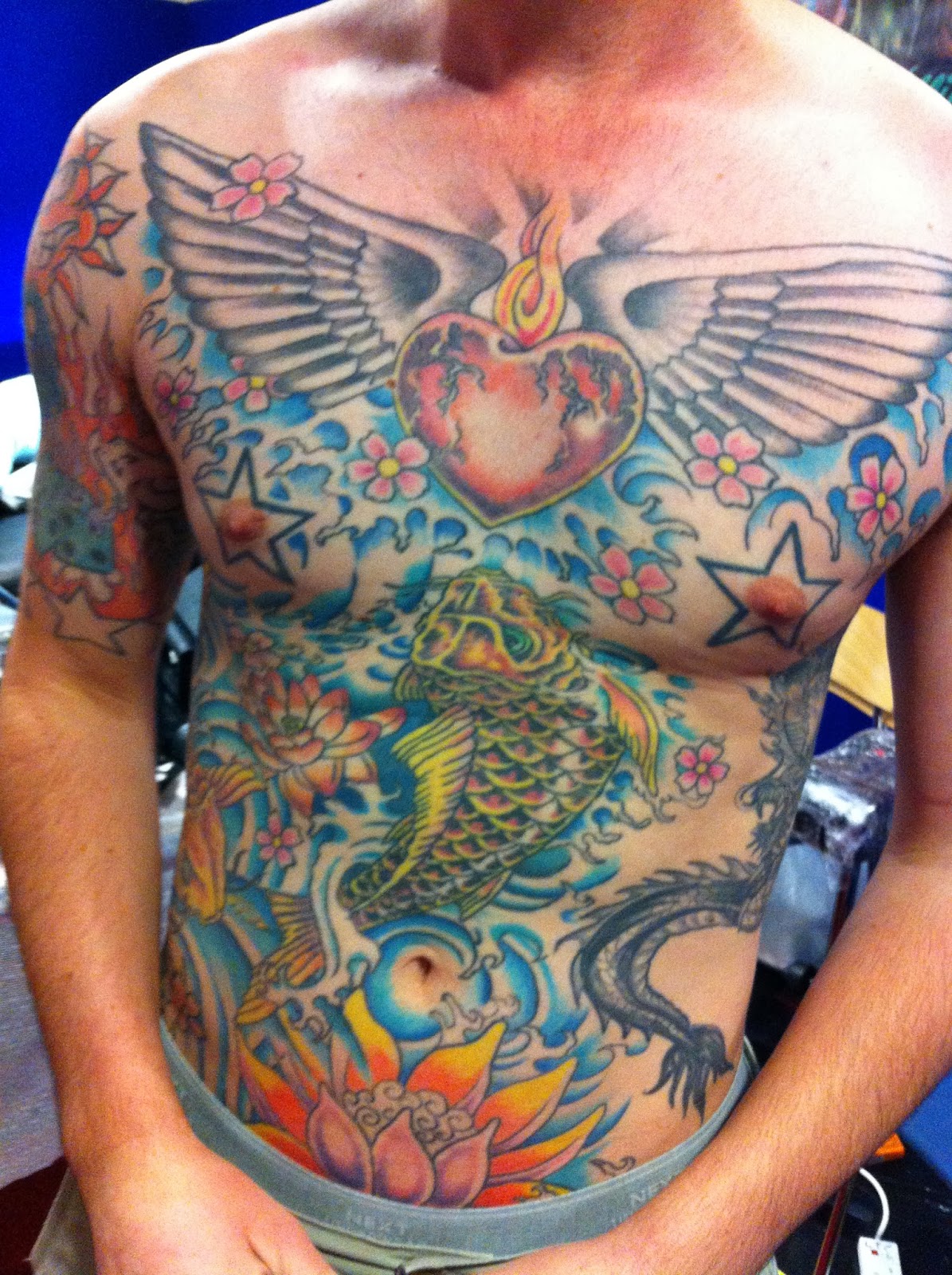 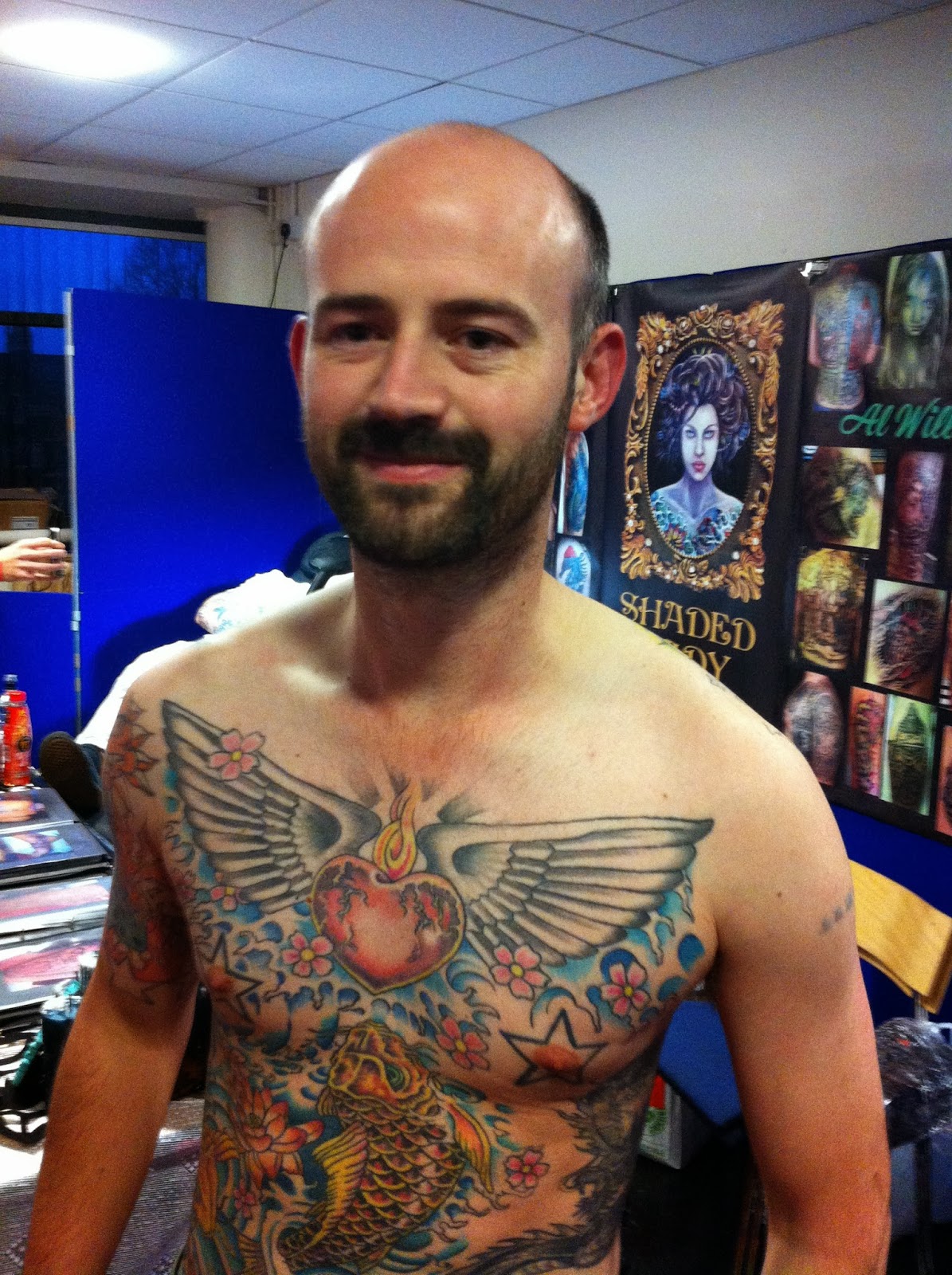 Ben is a civil engineer and is partial to church architecture which explains why he chose this design for his backpiece.  He's from Plymouth and has his work done at Shady Lady in Falmouth.  I spent a lot of time hanging out at their spot at the Cardiff convention.
Ben doesn't have much to say for himself so some of my conversation was through his partner of one year.  Abi (an appropriate name really)  has no tattoos and hopes he won't have any visible tattoos.  She herself is very indecisive about having a tattoo.
It was when he was working in St Ives in Cornwall that Ben started getting his tattoos in Falmouth.  His work has been done over three years.  Now he is having his leg done which was about to be finished spreading to just below the knee.