Showing posts from December, 2013
Show All

The process of getting a temporary face and neck tattoo 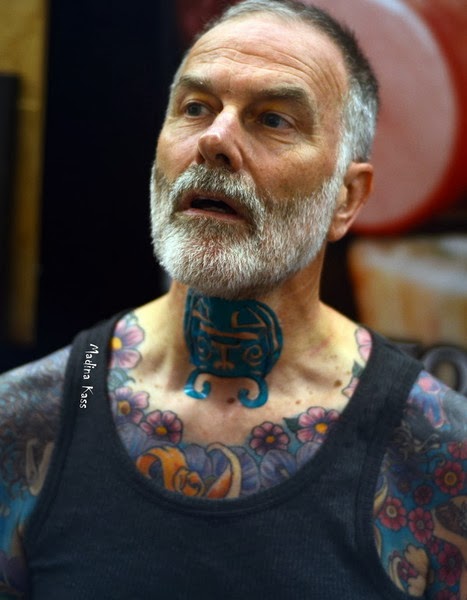 I have previously posted my temporary face and neck tattoos I had done earlier in the year at Cheltenham. Here is the process in full as Rizpah Brinkman piece by piece attaches the templates and then air sprays my skin.  It was an exercise that took almost an hour to complete.  You can see the concentration on Rizpah's face.
Post a Comment
Read more

Panoramic view of my leg piece

The work on my right leg is not yet complete and it's been a disappointment that it is impossible to see the whole painting.  So the other day I persuaded Drew Cox, www.drewcox.co.uk who is a professional photographer to take a number of shots around my leg to give a better idea of what is going on.  It is still not possible to join everything accurately but I thought the above image looked interesting.
Post a Comment
Read more 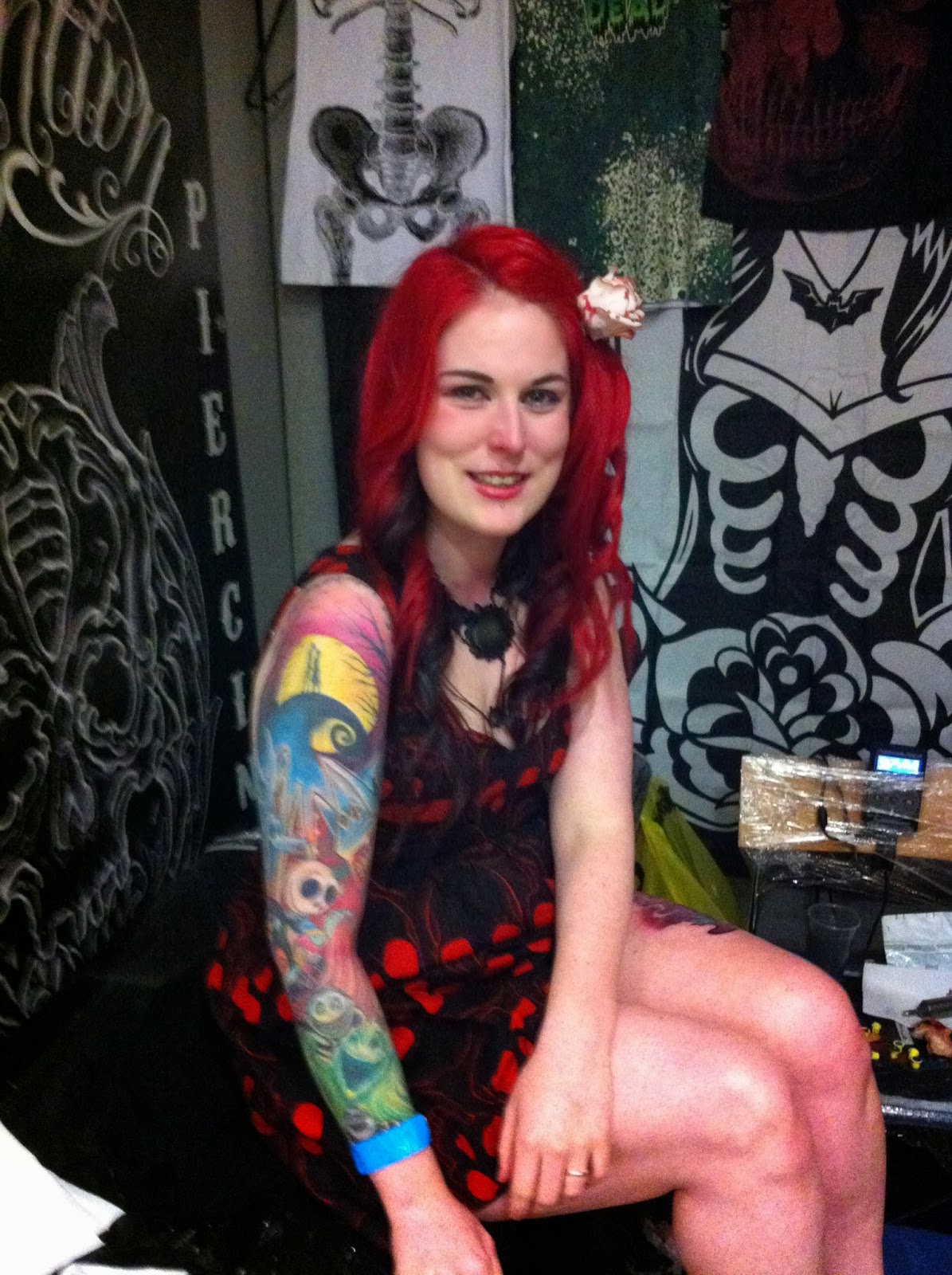 Caroline has many ambitions.  She currently lives in Berlin where she is studying alternative technology.  It's all part of her Earth Sciences degree where she is working on satellite imagery and hopes eventually to work in marine biology and technology. She is 23.  Her tattoos mean she will never again be totally naked.  Her tattoos depict her personality, she says.  They are her way of life. She is able to take long sessions at a time and her new piece on her left leg is shown above, minutes after completion. Her parents don't like her being tattooed and think no one would marry her because of that.  In spite of that, she was accompanied by her boyfriend. She loves heavy metal.  A native of Belfast, Northern Ireland, she says she is not making great progress with her German while living in Berlin. Her ink is done by Dre from Addinktion Tattoos and Piercing in Belfast, www.facebook.com/addinktiontattoos Dre is originally from Cali, Colombi
Post a Comment
Read more 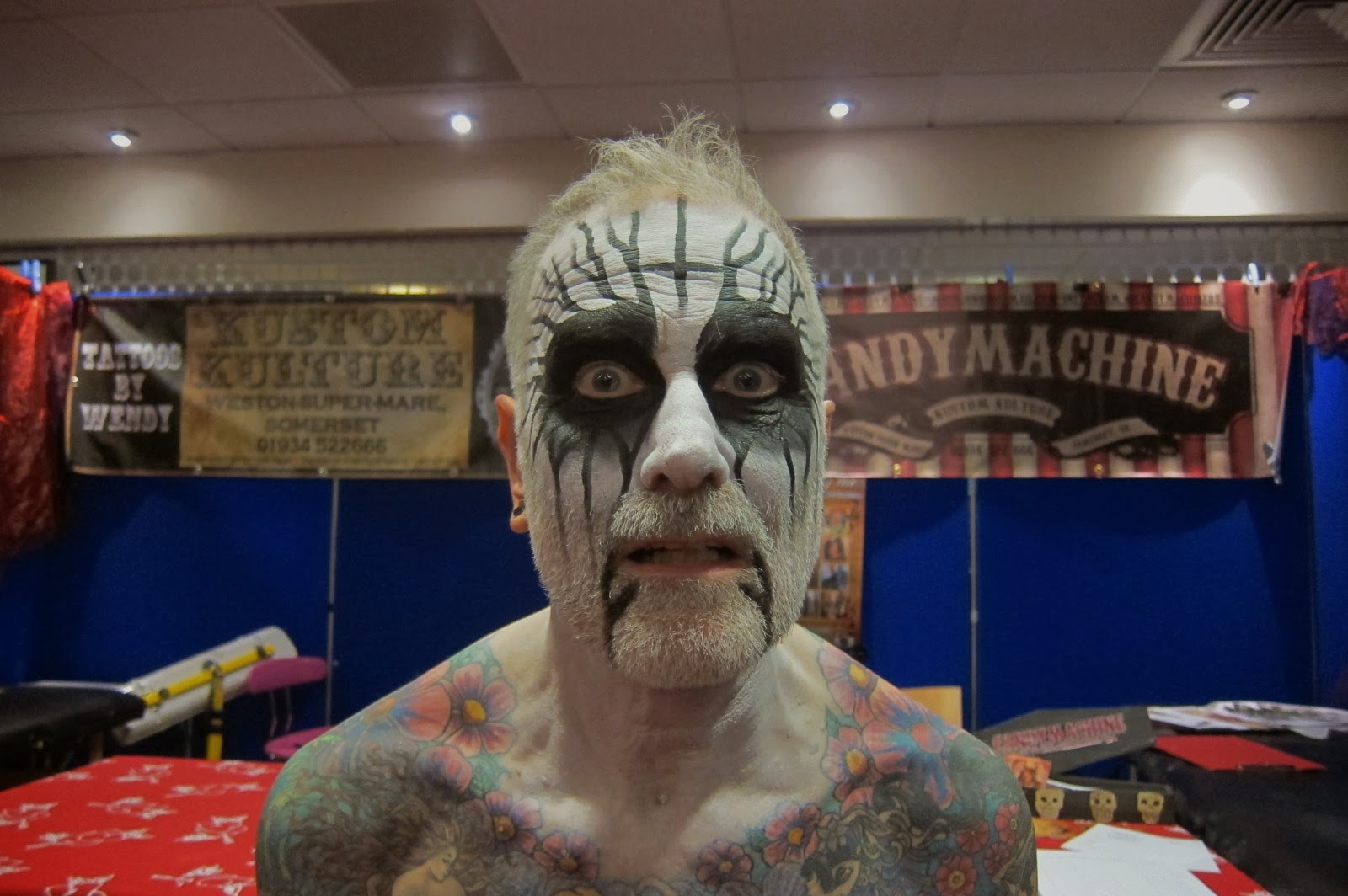 I love getting my face painted and when better than Halloween. My arrangements for a temporary tattoo on my face and neck early in the day had fallen through so in the evening in Cardiff I spotted that one tattoo team all had ghoulish painted faces.  So I said please can I have one too and this is the result. The work was done by a tattooist and I can't remember her name but she did a great job.  The whites of my eyes against the black look scary. After everything shut up at the convention I went to the hotel where the Halloween party was to take place, looking as you see here. Then I rechecked my train times back to Bristol and discovered the last train went early so I had to leave immediately.  Infuriating because my face paint never enjoyed the exposure I wanted it to have. And here is someone who probably did make it to the party.  The skull look is so popular now.
Post a Comment
Read more
More posts