As big a skull as possible 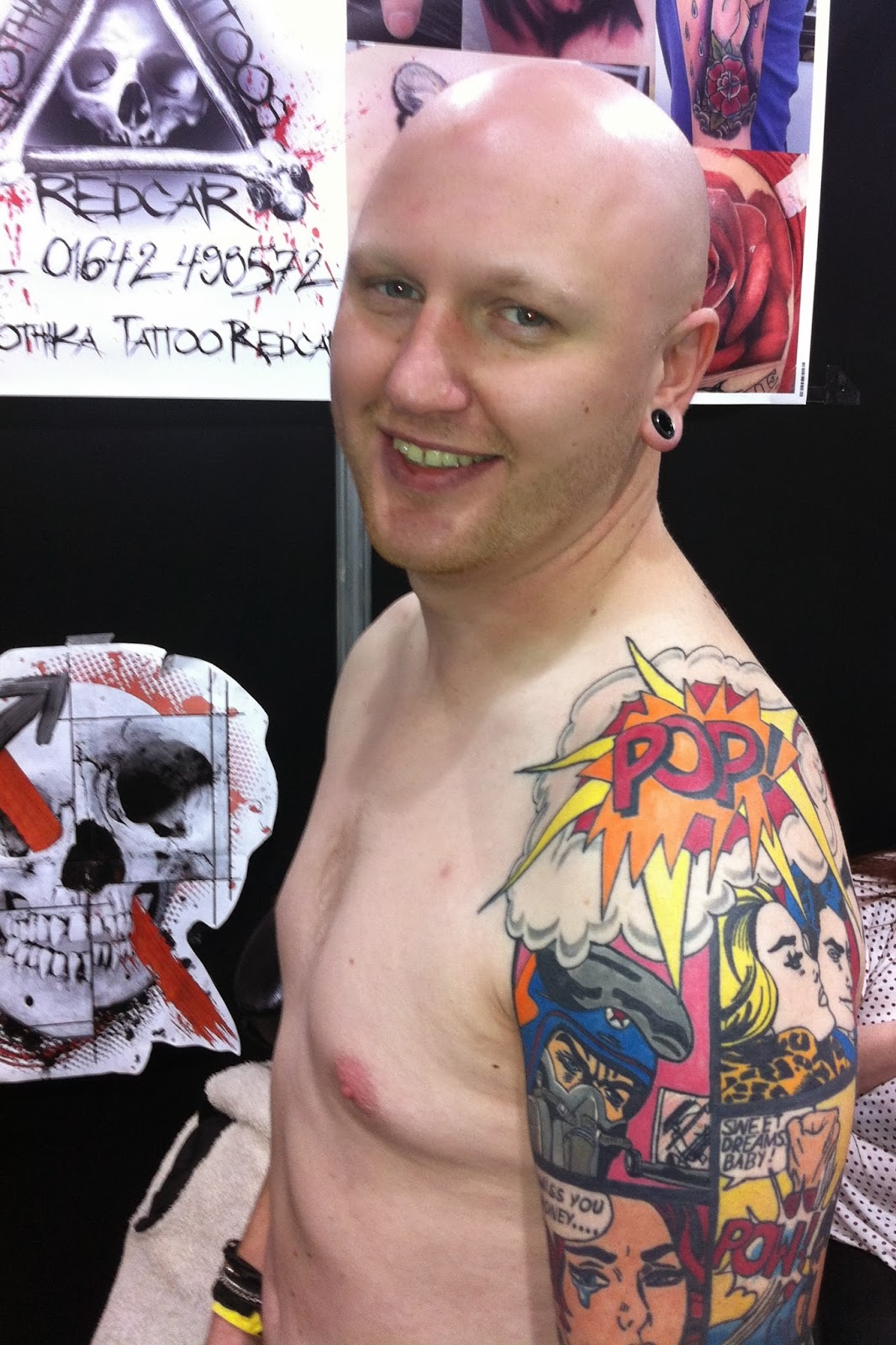 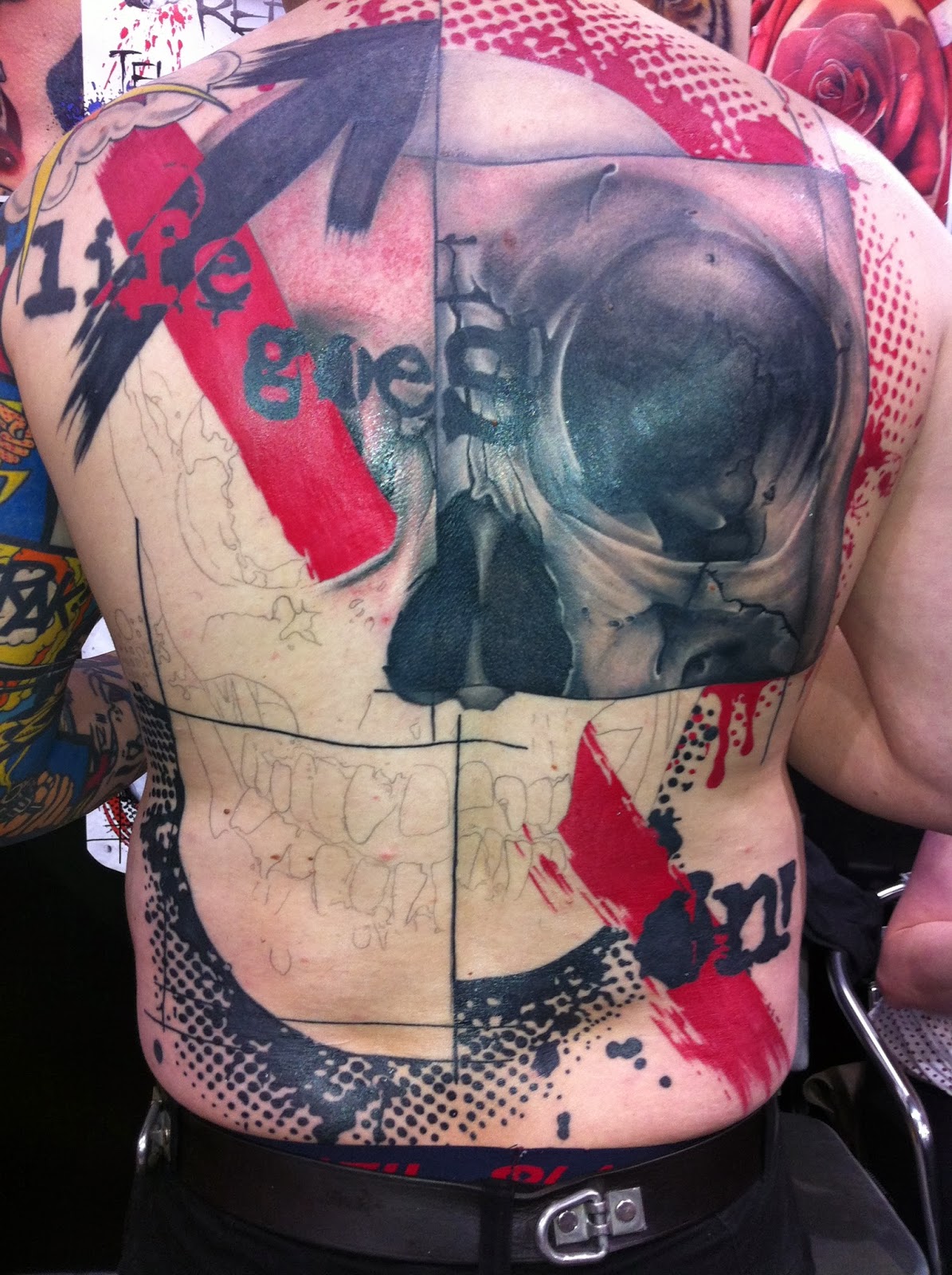 Richard lives in Redcar in the northeast of England and decided he wanted the biggest skull he could get on his back.  He persuaded Alex, who is a good friend and an apprentice tattooist, to draw up the design, which he did by taking images from the internet and then photo-shopping them and adding a brush stroke effect.

His arm is influenced by the great American artist Roy Lichtenstein.

Richard was at Tattoo Freeze with his tattooed fiancée Lindsay.  He's a builder and although he's in Redcar now  is originally from London. 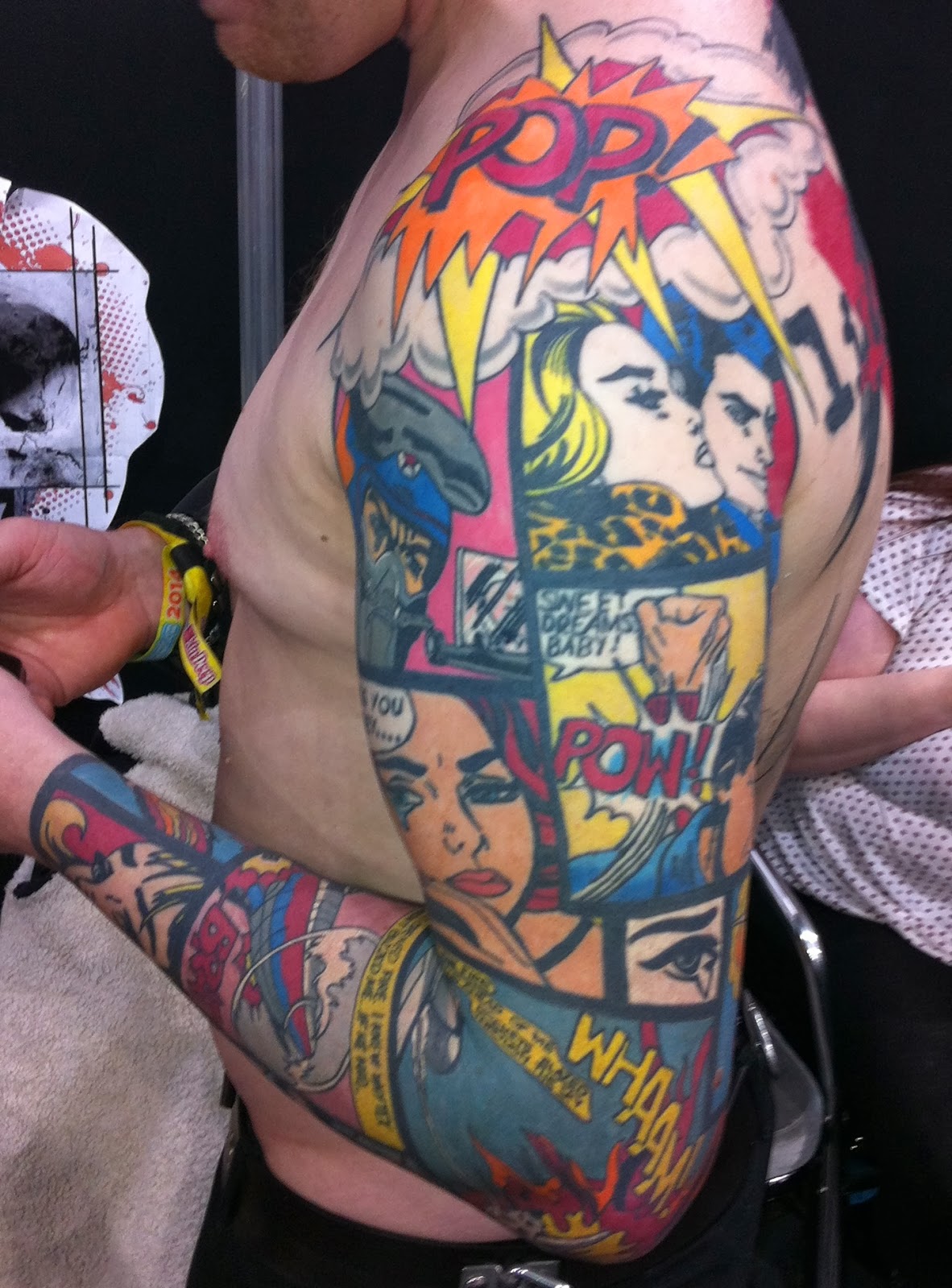 After his back is finished he plans a full leg of Old Skool.

His work is done by Gothika Tattoo, whose website is currently under construction.

They are a really friendly bunch.