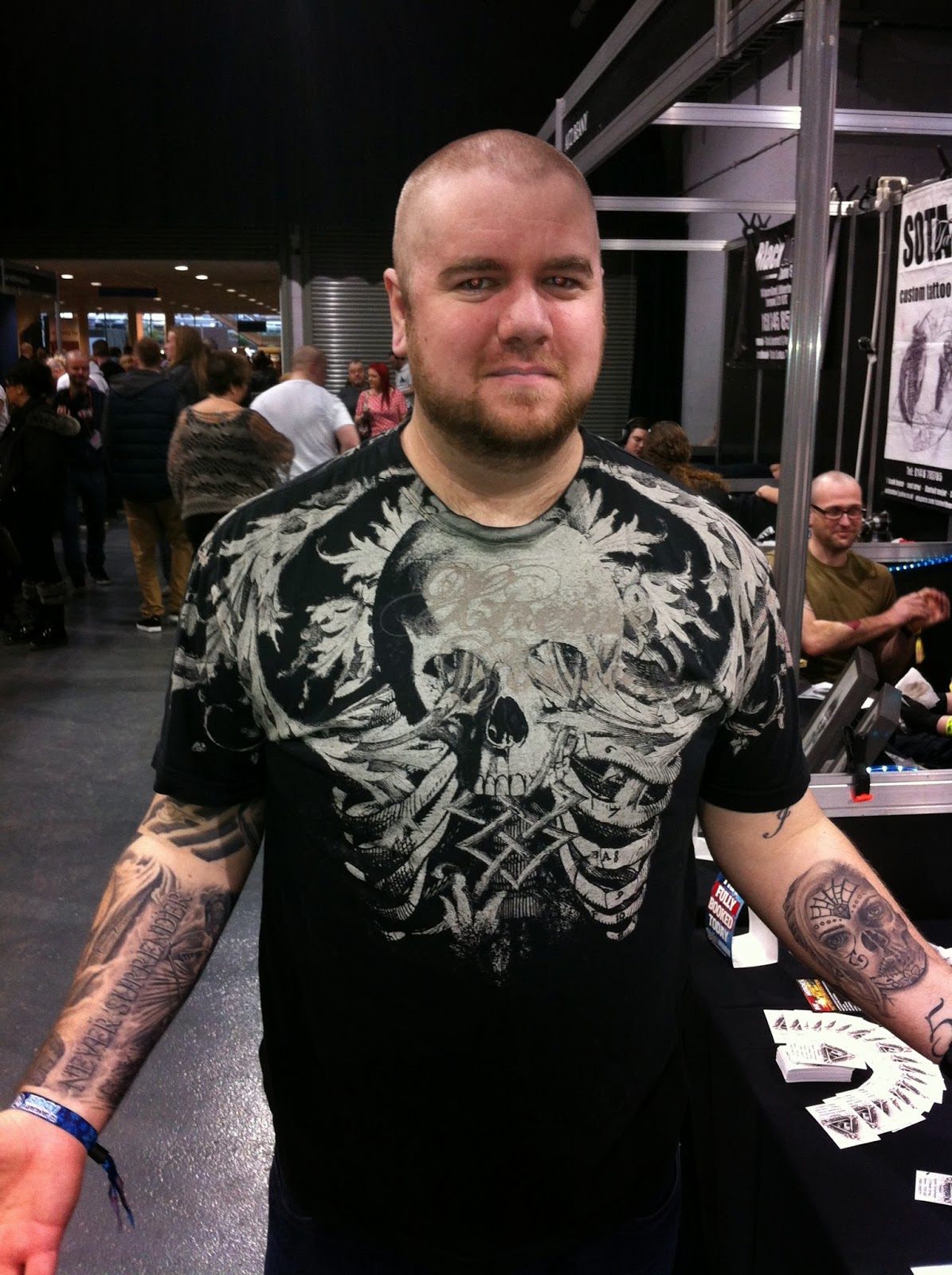 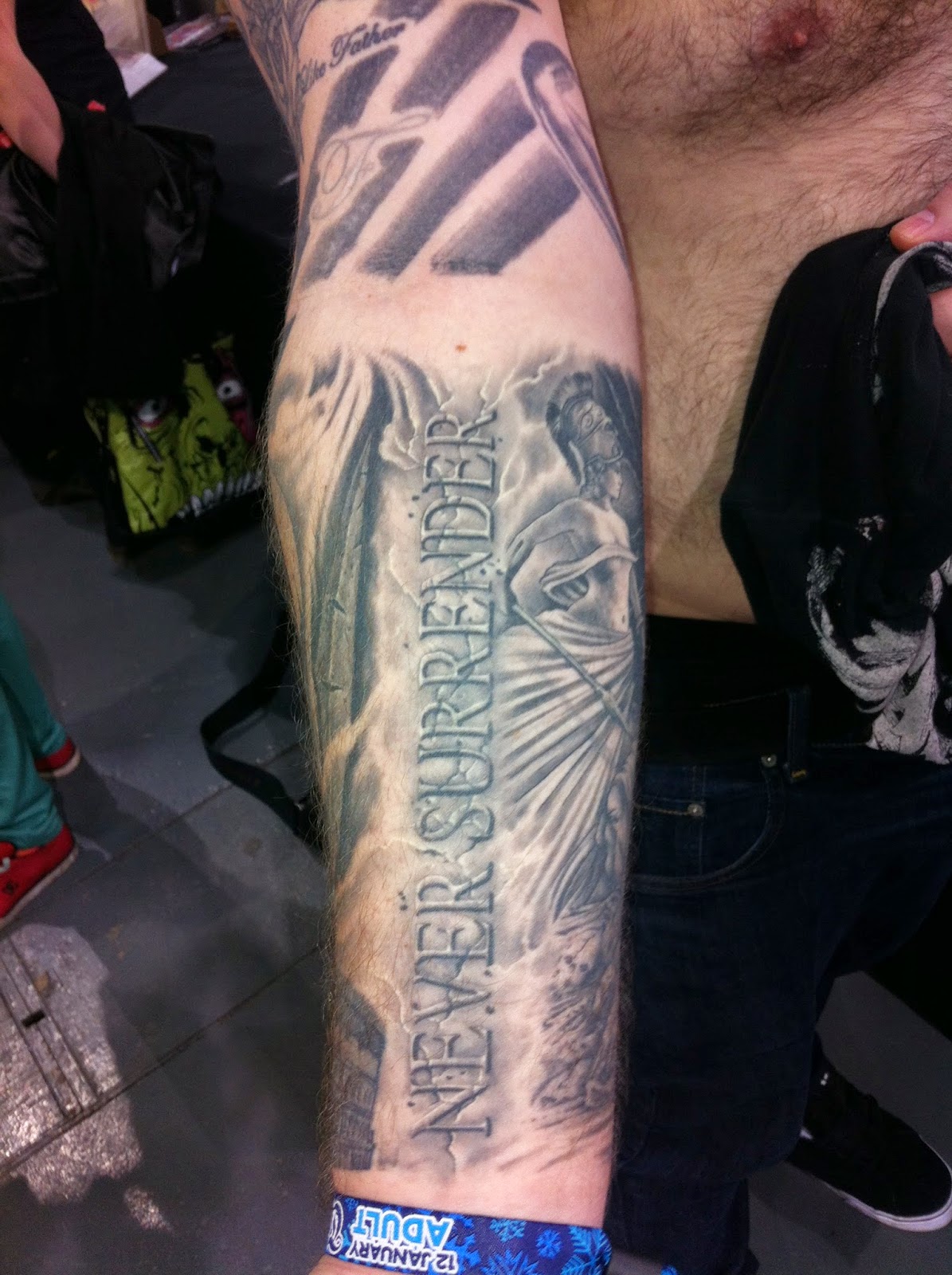 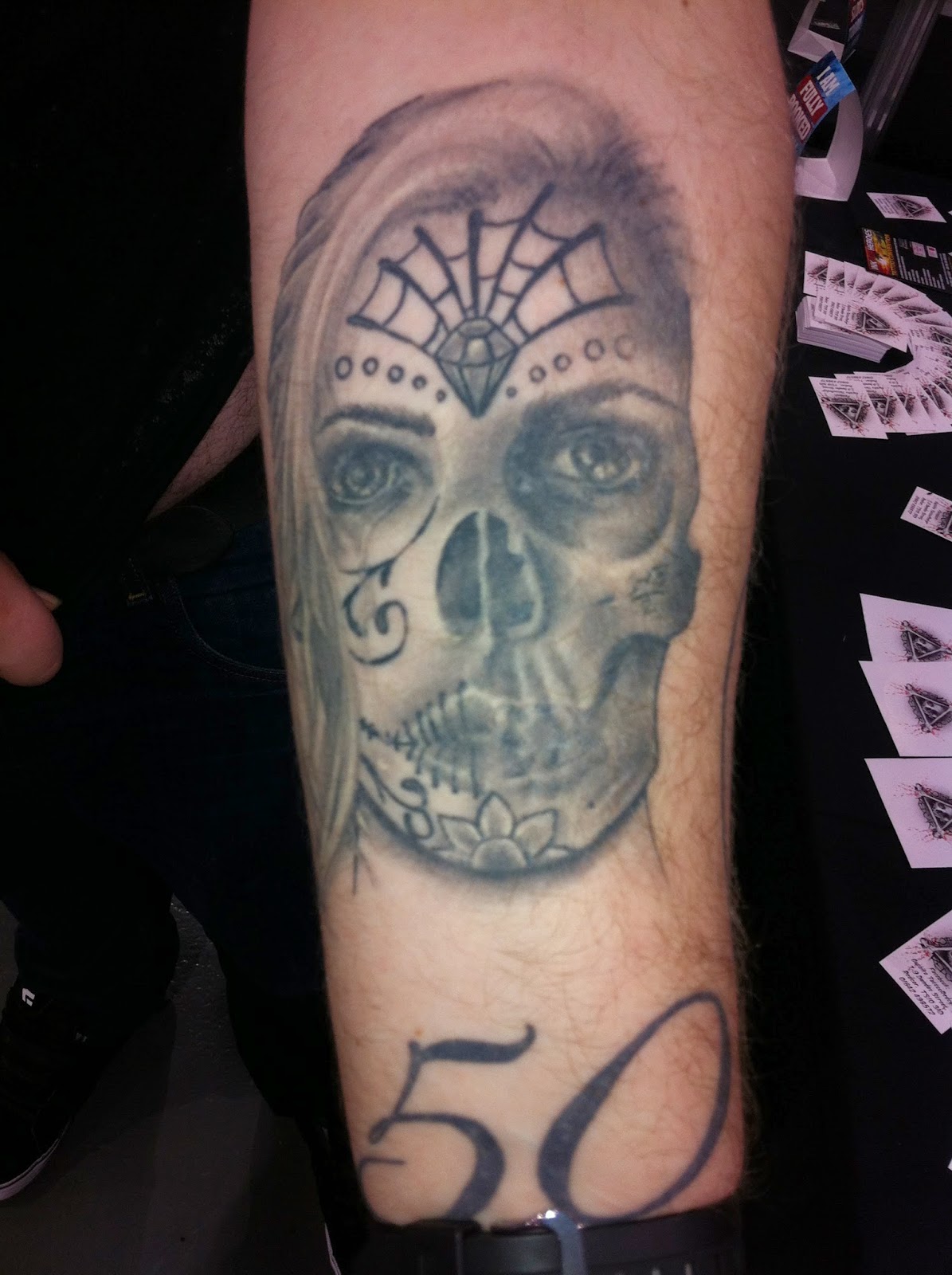 Rory is originally from Newcastle and now lives in Redcar.  He's a mathematician working for a multinational corporation and has to hide his tattoos at work.  He's been getting tattooed since he was 19 and won't stop but he's had to contend with a lot of prejudice at work and socially.  He was on a training course and one of those on the course with him told him he was an embarrassment and passed on this sentiment to his company.  It didn't seem to carry any weight with the guy that he was the best mathematician on the course.

So he has no visible tattoos and no prospect of any as he is deeply committed to his profession in mathematics.  He is currently single and any girl friends he has had are in the tattoo community.

One of his legs is almost complete now and the other has bits and pieces.

I can identify with Rory having once worked for a large American Corporation.  In 1991 I got myself a tiny tattoo on my hip and was terrified anyone in my company would find out about it.  I thought it would harm my career.  I was extremely careful and they never found out.  The biggest problem was when visiting one of the manufacturing plants I would have to shower afterwards.  It was a dirty product. I had to find excuses to delay my shower or not have one to avoid being seen in the communal shower rooms.  Things have probably advanced since those days, but if Rory is anything to go by, not that far!