Goodbye to my heart 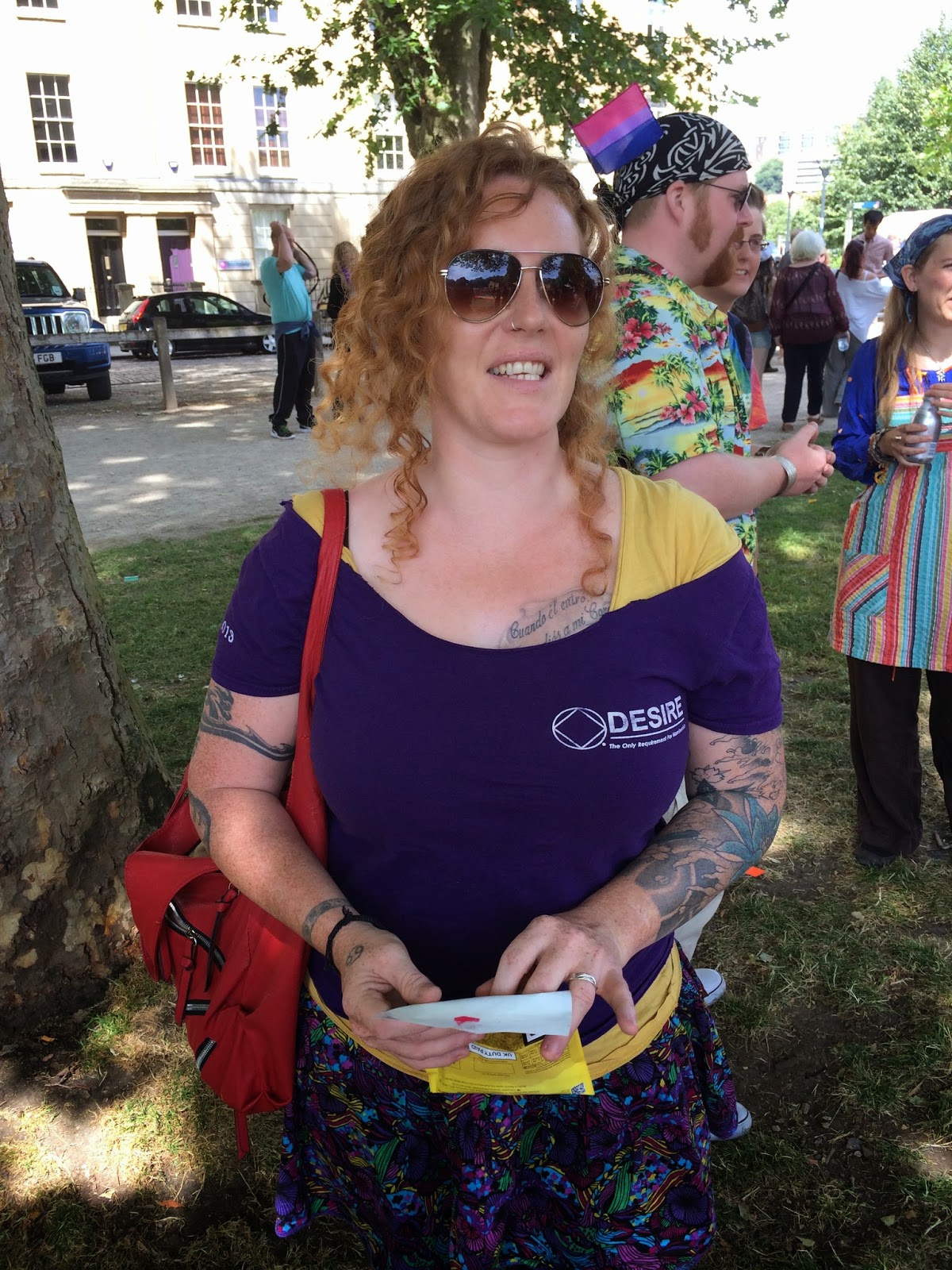 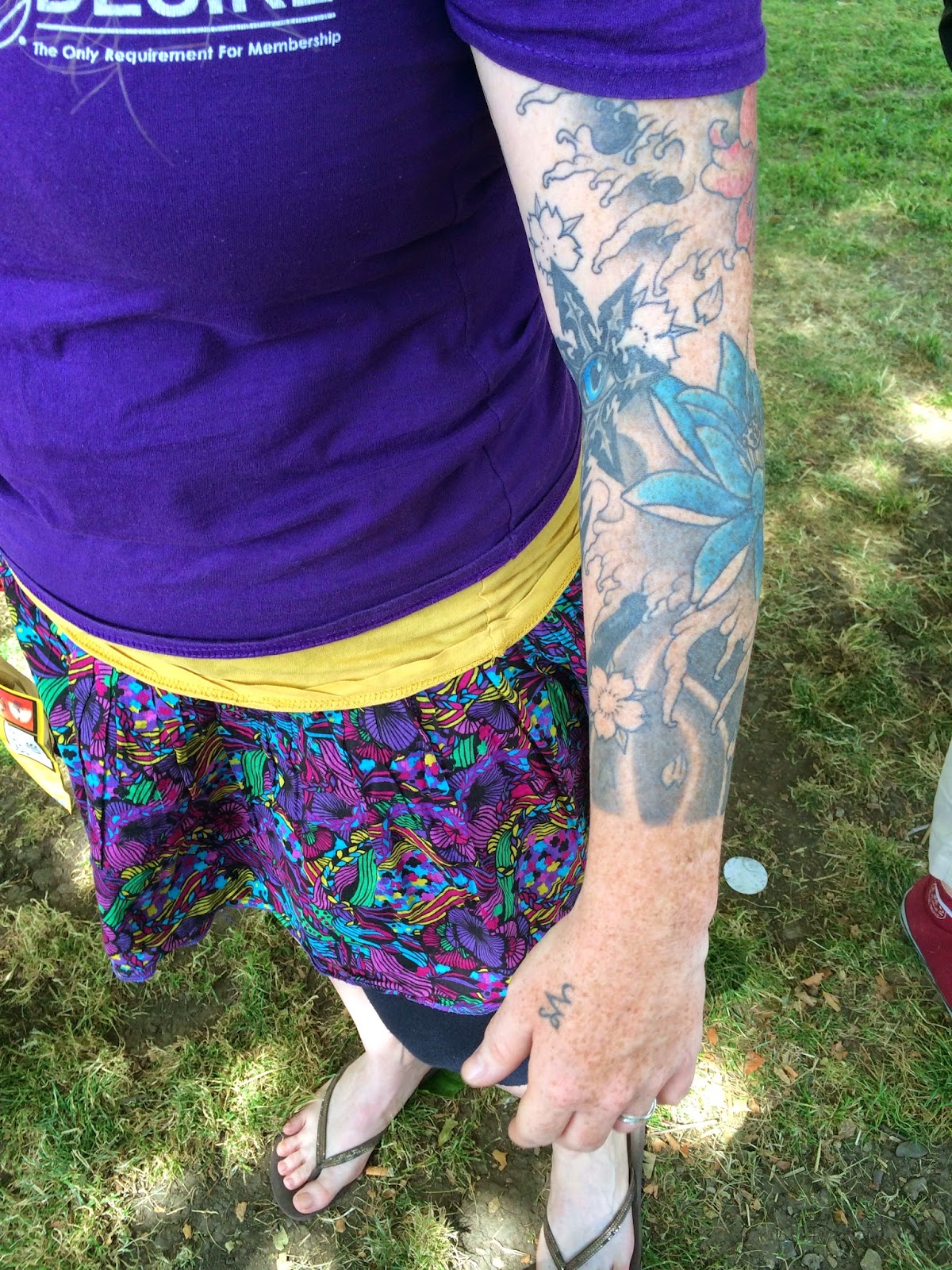 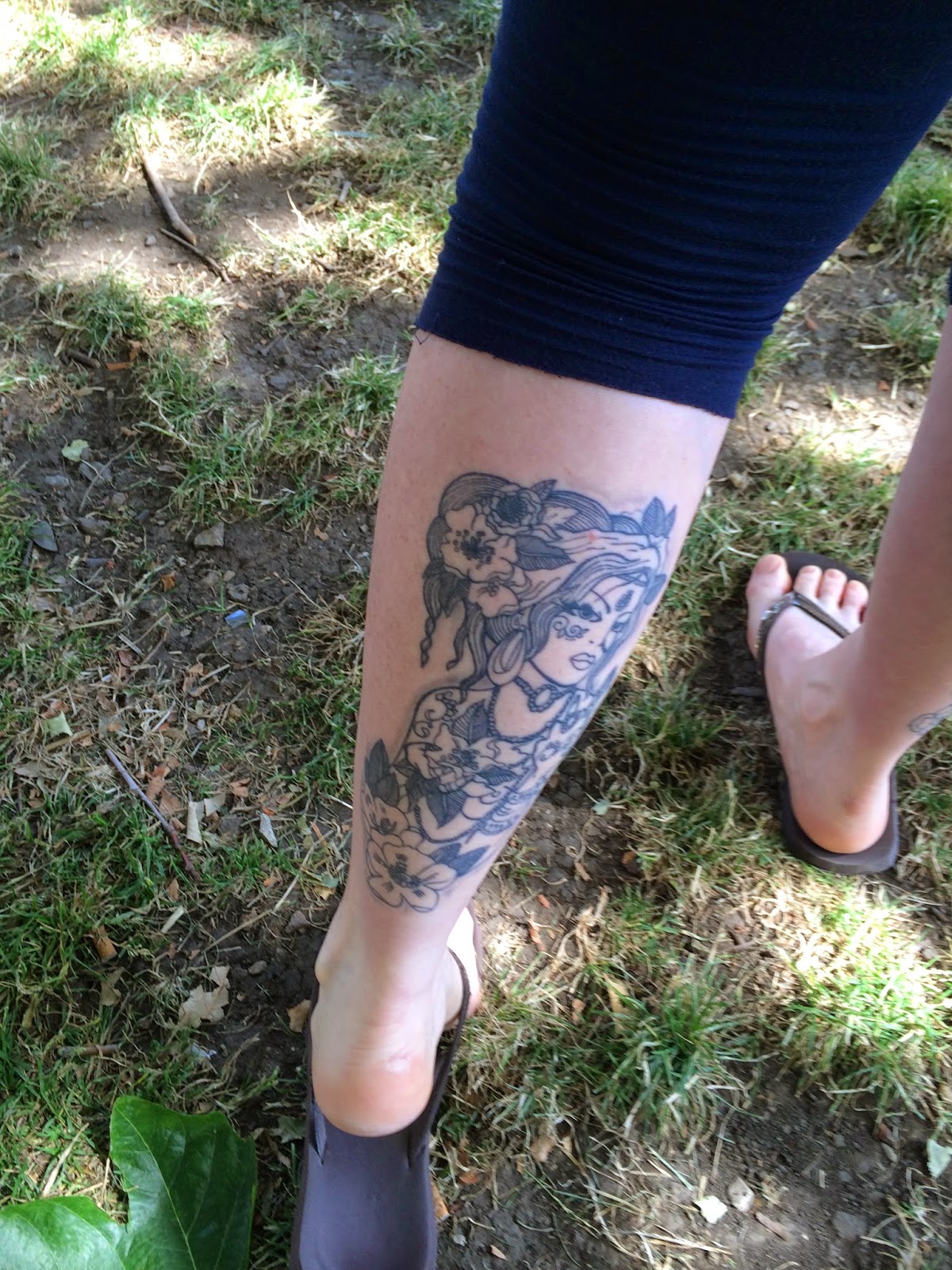 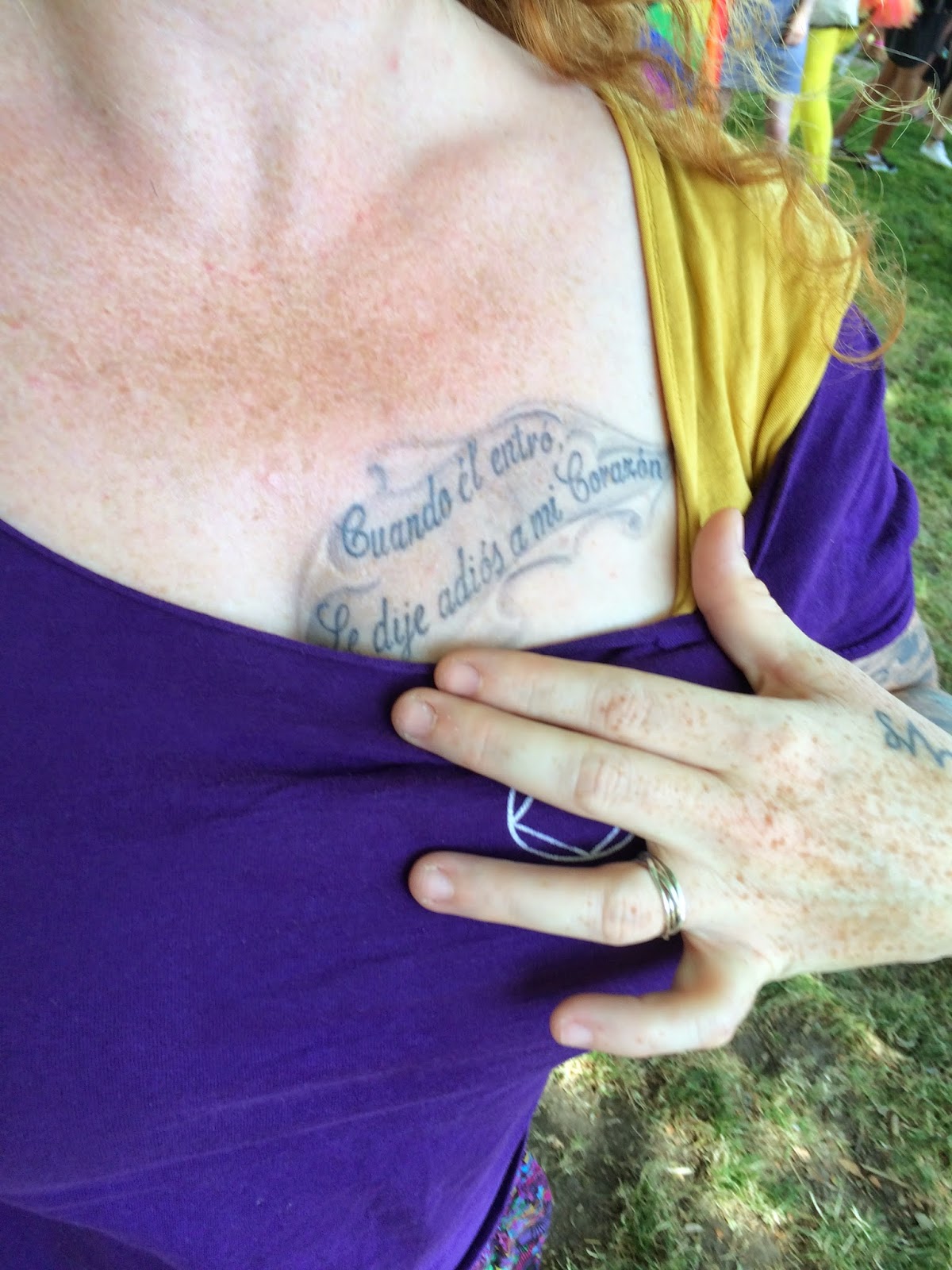 I met Rachel at the Bristol Pride festival too and she also lives in Bristol but comes from Scotland.  Her first tattoo was the one on her wrist and she had it done when she was sixteen.  She sneaked into the tattooist's trying to behave older than she was.  The next one she had done at 17.  Her most recent was the sleeve which she had done in Ilfracombe.  She plans a full sleeve.  Her husband has a full body suit so there's a big influence to  get heavily inked but she says the barrier to getting tattooed is that it is very expensive and being a mother she doesn't have the time, but she does want a lot more ink.
It's bit of self expression.  Some are angry and some are bright and there are flowers which are colourful and then ... there's the pain which she likes. She says she's a bit of a masochist.
The tattoo on her left breast says in Spanish "Cuando el entro, le dije adios a mi corazon" which in translation literally means, "when he entered, I said goodbye to my heart."