One solution to alopecia 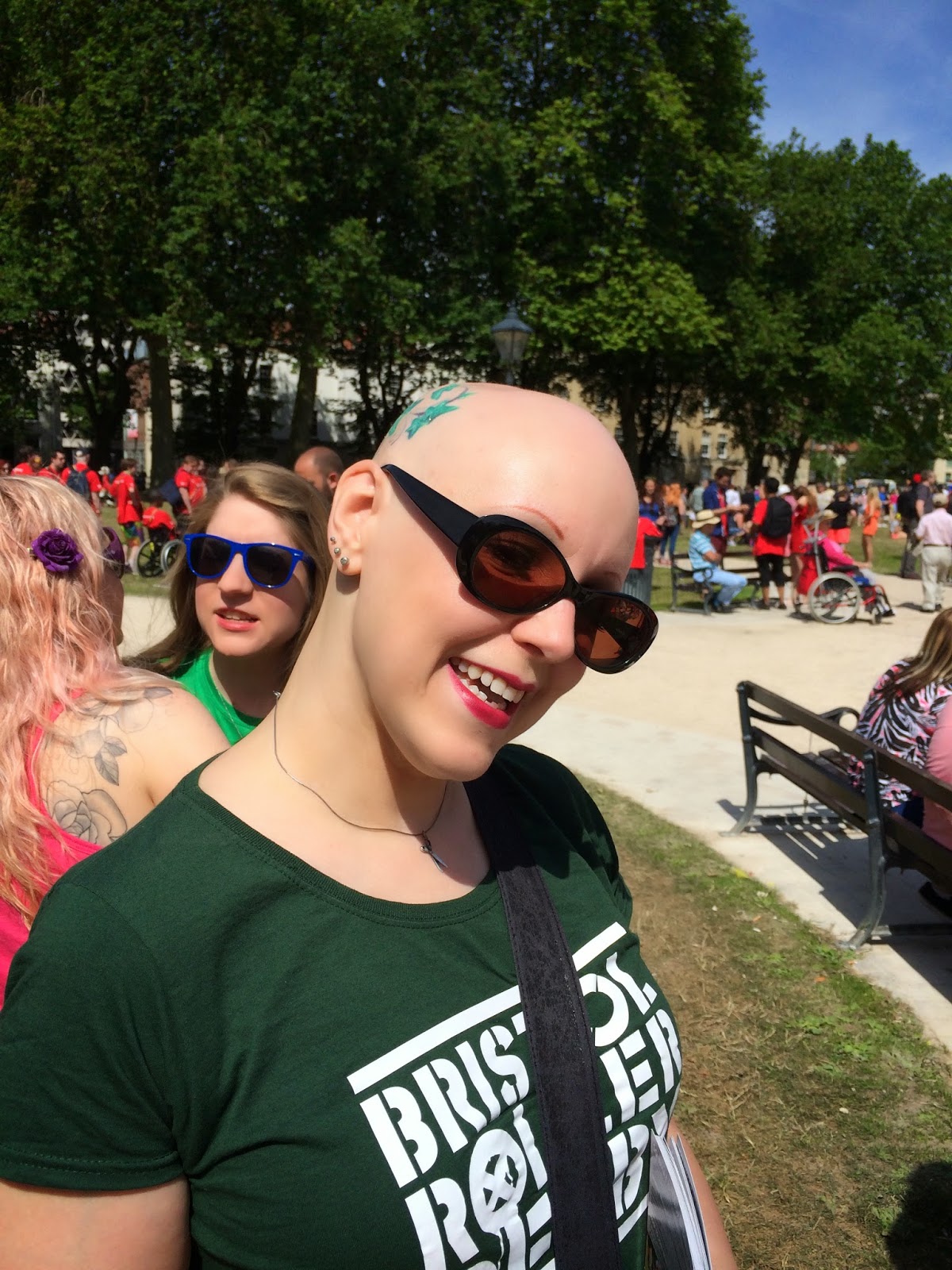 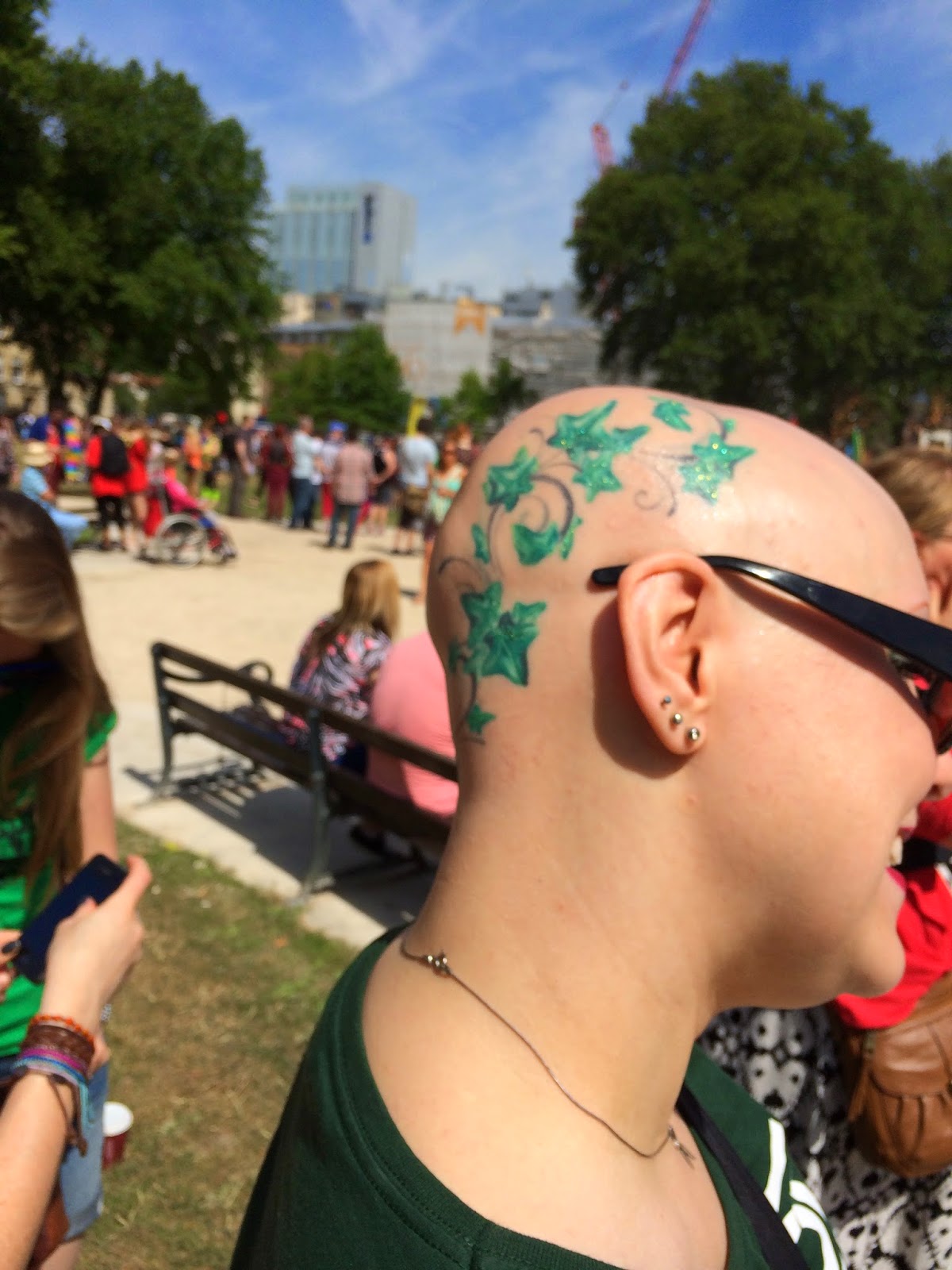 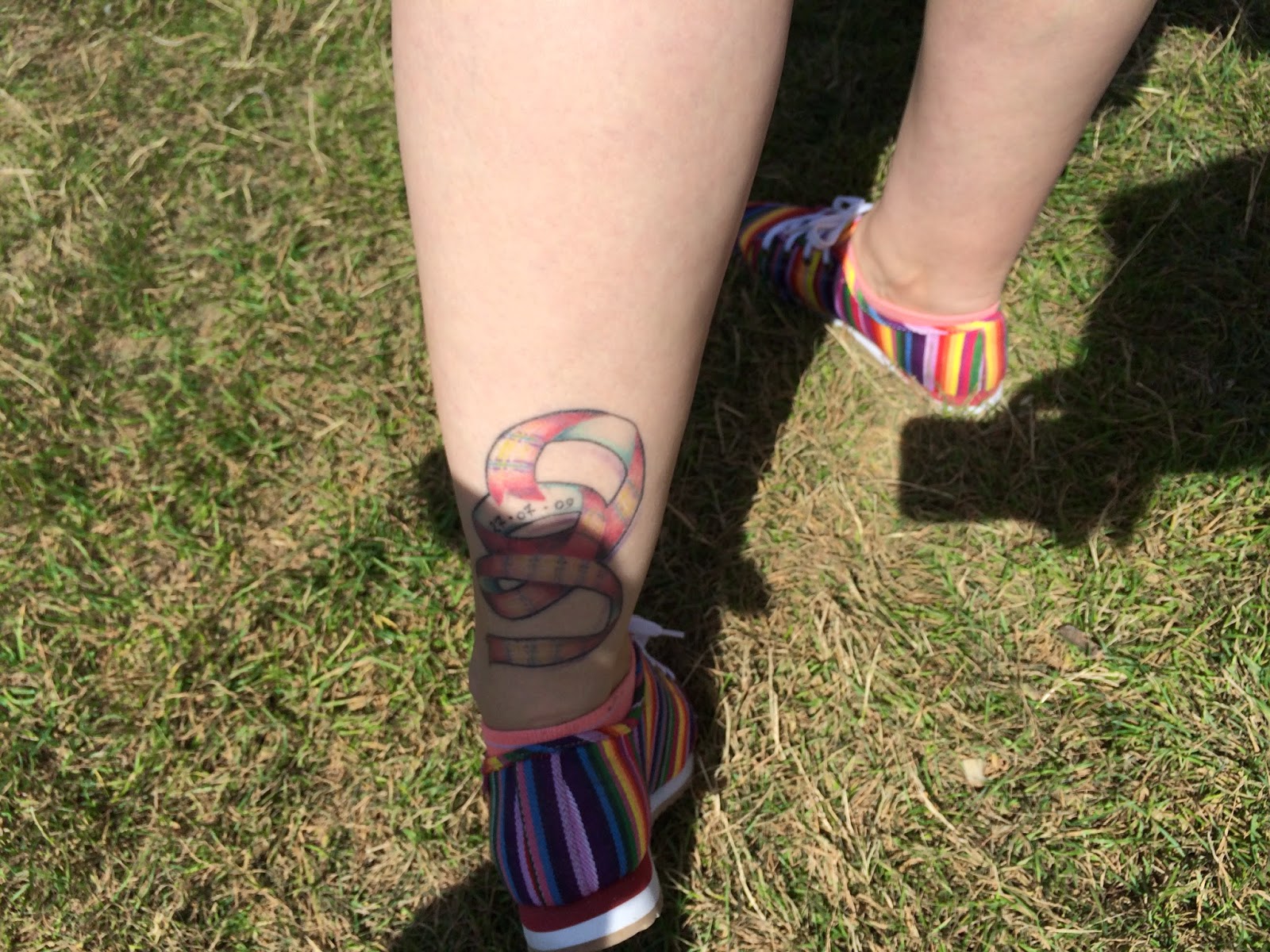 Emmy got her tattoo on her head four years ago and it was the final stage of her accepting she has alopecia.  She had lost every hair on her body and after a while came to terms with the idea that that has how things were going to stay.  So, even though she knew her mother did not want her to do it, she got her head tattooed and it's been a great boost to her morale.

It got people thinking she has chemo but Emmy is not worried about that.  She won't get more tattoos on her head because she doesn't want to lose the impact of the ink she has because she loves it, and it gets lots of compliments. The ivy design she has really stands out and she doesn't want to dilute that effect.  The photos her show her tattoos covered in glitter which obscures them somewhat.

Emmy is a roller derby official for Bristol Rollers http://www.bristolrollerderby.com/ and she is known as Ivy because of her head.  She loves roller derby and thinks it's an amazing thing to be part of and it accepts all shapes and sizes and creeds and colours.  It attracts people who hated PE at school.  You put on the kit and knock people over.  Revenge?

I met Emmy at the Pride Festival in Bristol, and neither of us are gay but she has a deep dark attraction to drag queens and they never fancy her!  Unrequited attraction.

She loves peacock feathers and water colour stuff as possible new tattoos.  She admires the traditional stuff on other people but not for herself.

Emmy hails from Edinburgh but lives in Bristol now and has a very lively personality.