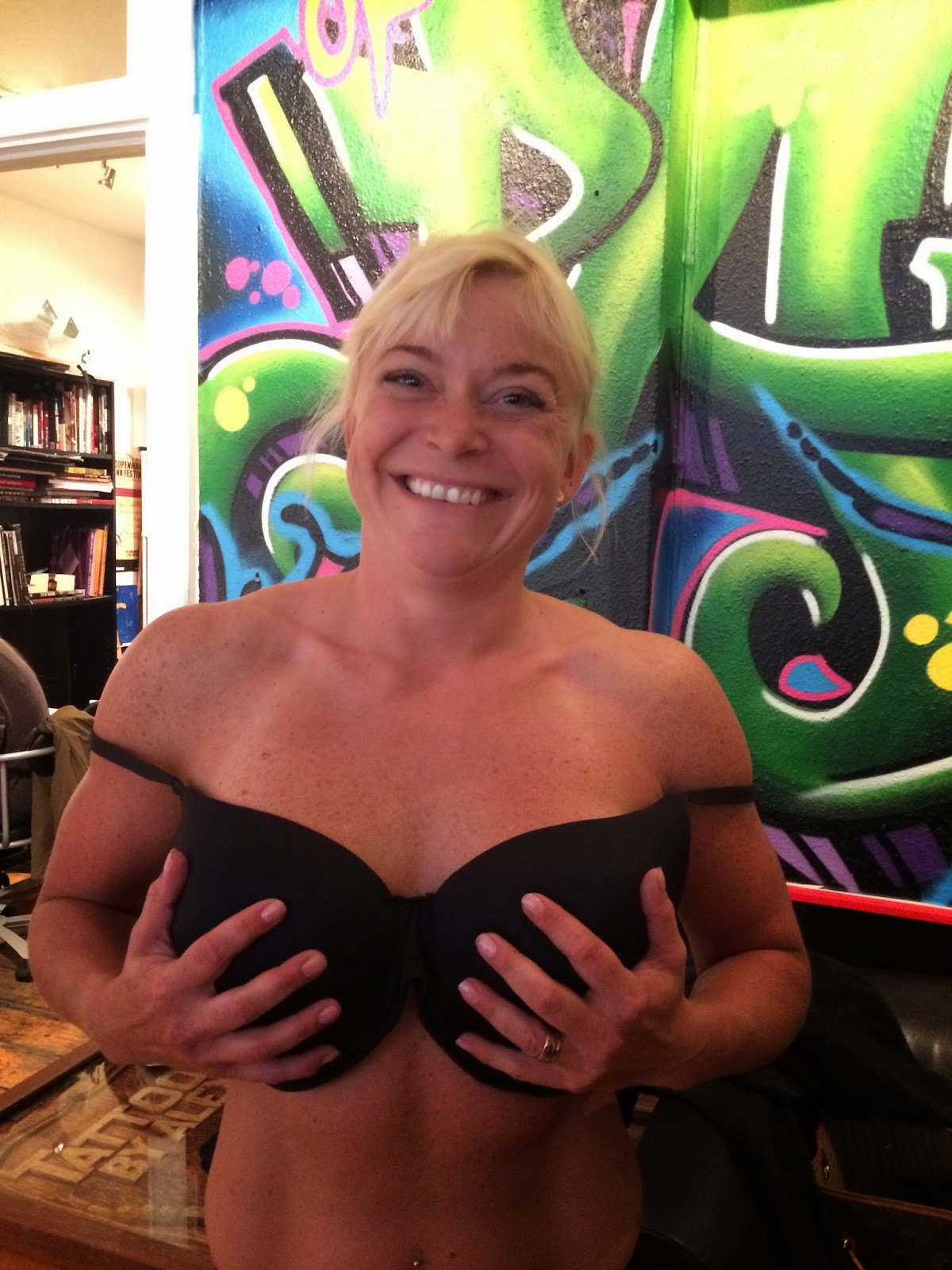 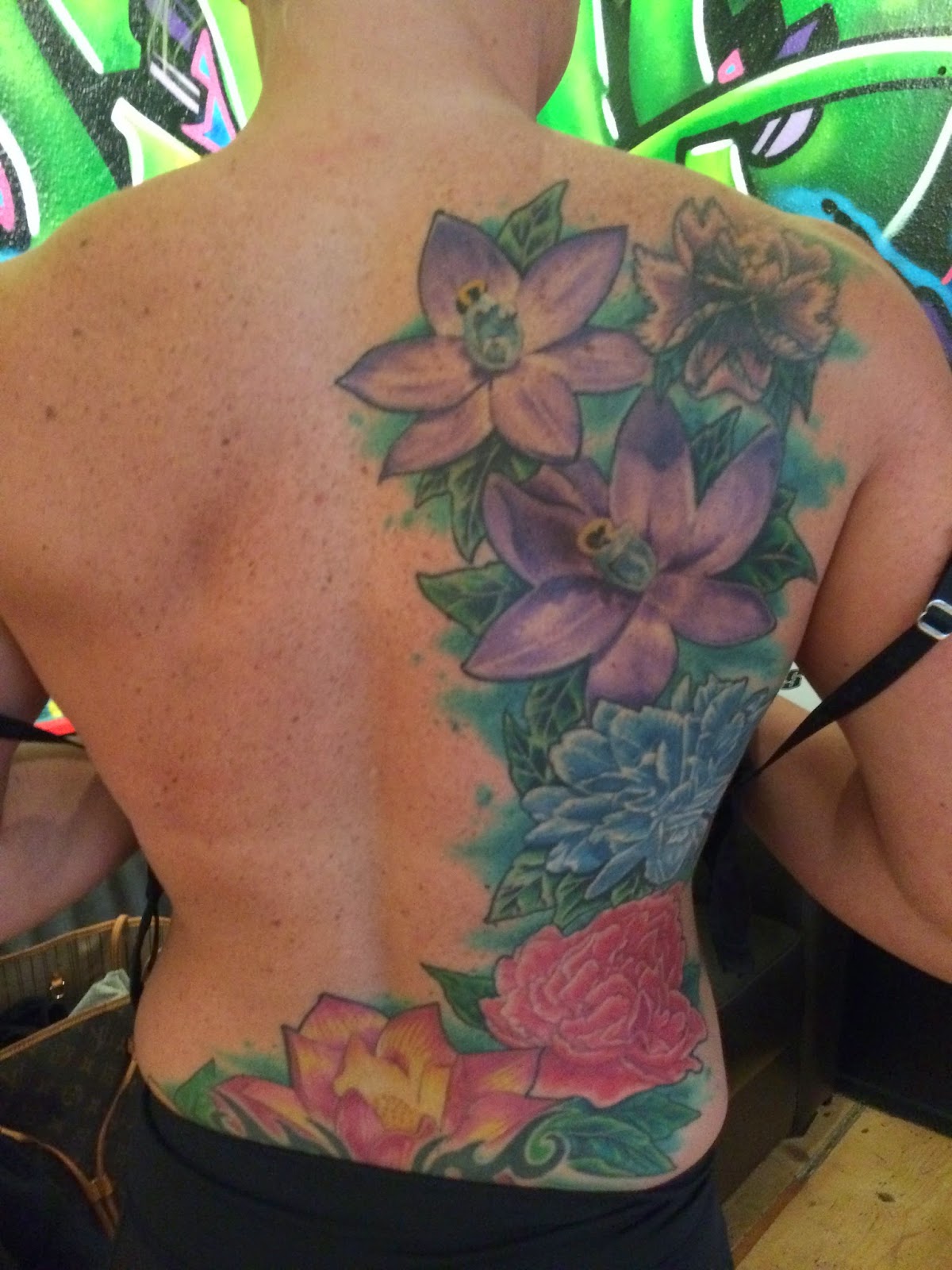 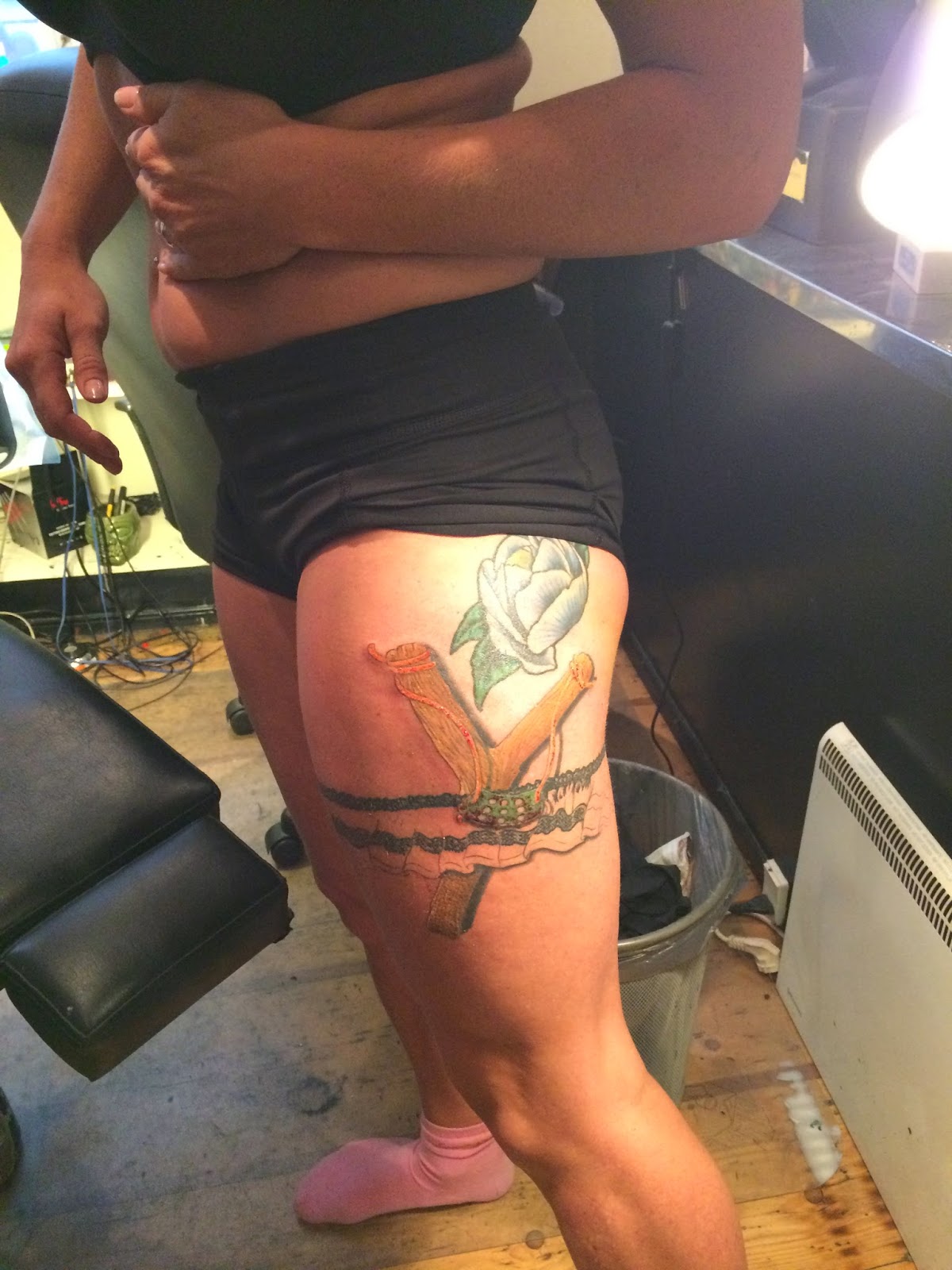 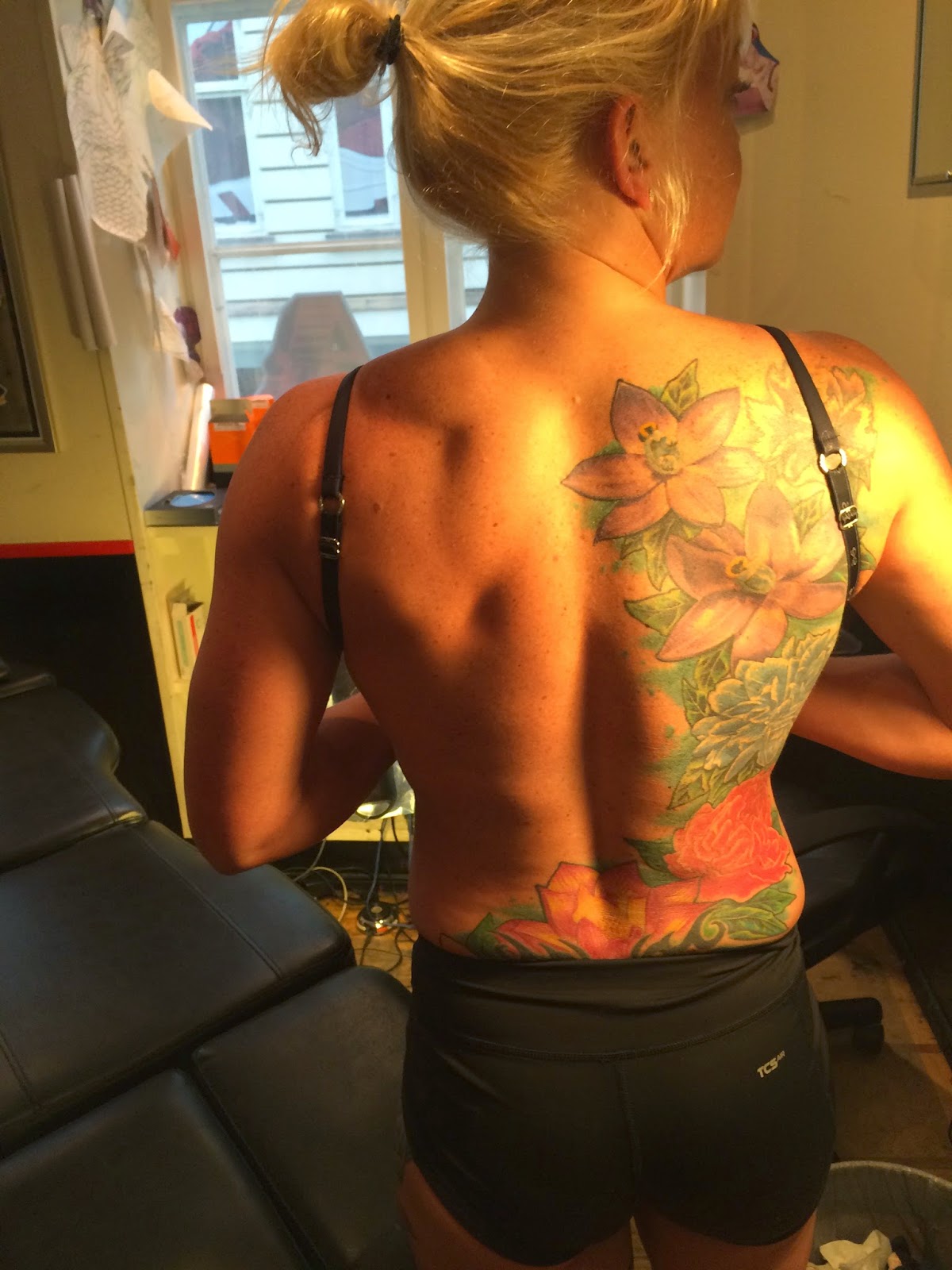 Marlena plays rugby for the Danish women's rugby team.  I met her earlier this month at Rites of Passage tattoo studio in Copenhagen.  http://www.ritesofpassage.dk/  When on holiday I often seek out tattoo studios and drop by to meet my own kind.  Copenhagen offered me bags of these opportunities.

As entered there was Marlena on the bench with her tattooist David "Alex" Alexander, who is English and from the Midlands.

Originally she wanted to have some small roses on her back, but having discussed it with Alex they decided to make seven roses much larger than she planned.  She chose them because they looked beautiful and no other reason.

While I was talking to Marlena she was having her thigh tattooed with a sling shot, which represents her personality she says, girlie but with the tom boy in it.   It certainly makes an unusual image. Her only tattoos are her back and thigh, which are joined up, so are quite extensive.

Marlena says it was a trend to have tramp stamps and she had one when she was eighteen. It was just fashion then but for her the desire grew into something much more.  She will do more on her thigh when the current work is finished.  Probably more flowers and a butterfly.

Both her mum and dad were tattooed.  Her father had a lot, her mother about seven.  She had problems initially showing her back to her dad but in the end he was fine with it.  Sadly he is no longer alive now Marlena reports that he originally thought her tramp stamp was an albatross.

She has played rugby for her country since 18 and now is thirty.  She has been captain of the sevens, which is the only form of rugby she plays.  She says she is the fastest rugby player in Denmark.  She also plays "crunch fit" which is a form of powerlifting, she says.  Checking this out online, it appears to be the trade name for a chain of gyms. You can see the strength in her shoulders.  She is every inch the powerful rugby player while retaining her femininity.

She will get as much ink in the non-visible areas as possible but her work means she has to avoid the visible areas.  She sells plumbing equipment to plumbers.  Tattoos would not be much of a problem in that market but being customer service she thinks it prudent to keep her tattoos under wraps.

The Danes are very open about tattoos.  Every person Denmark has an easy life she says.  This is certainly an impression I found confirmed over and over again in Denmark.  They are quick to accept people for who they are.  I love it there.