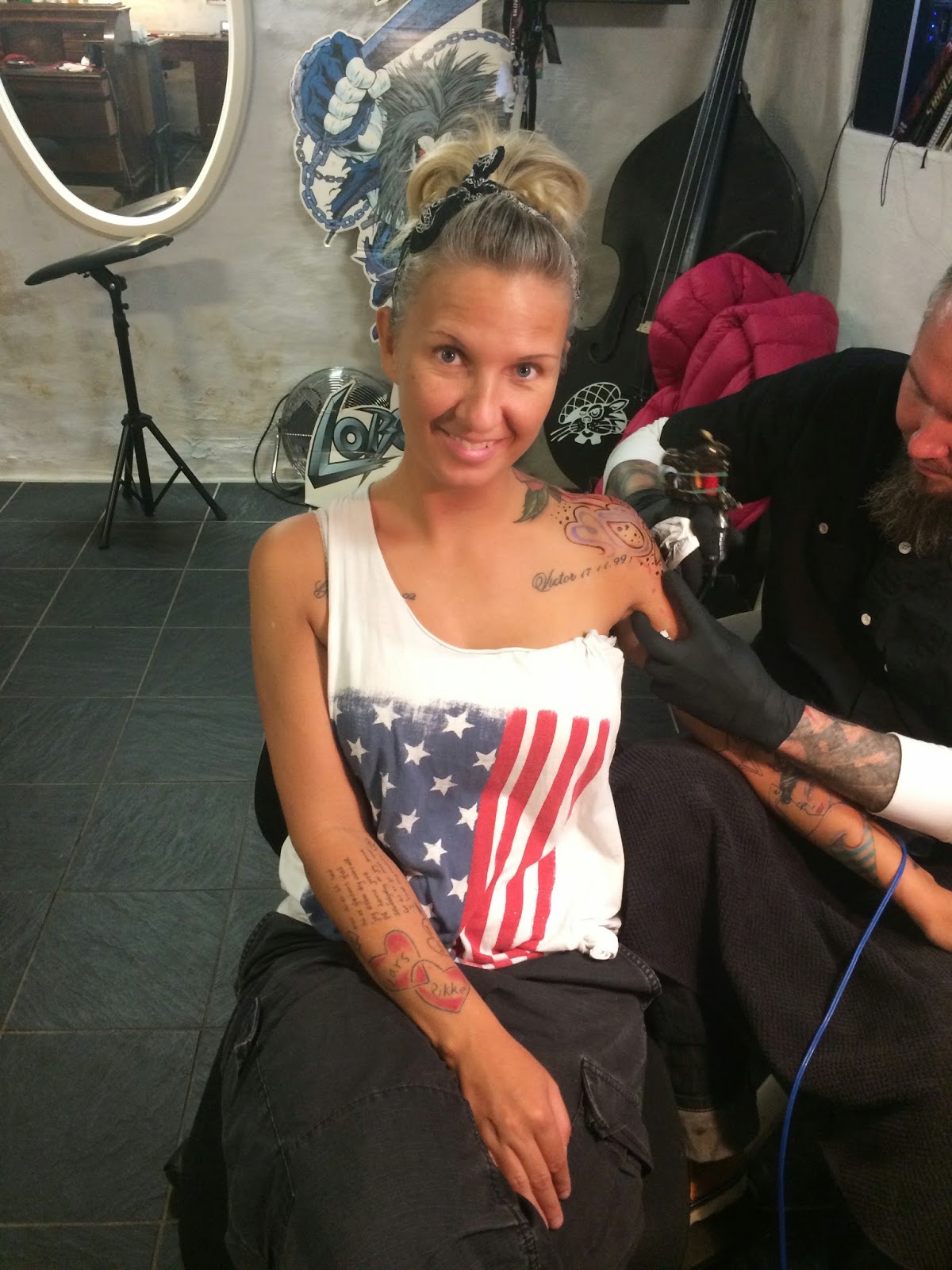 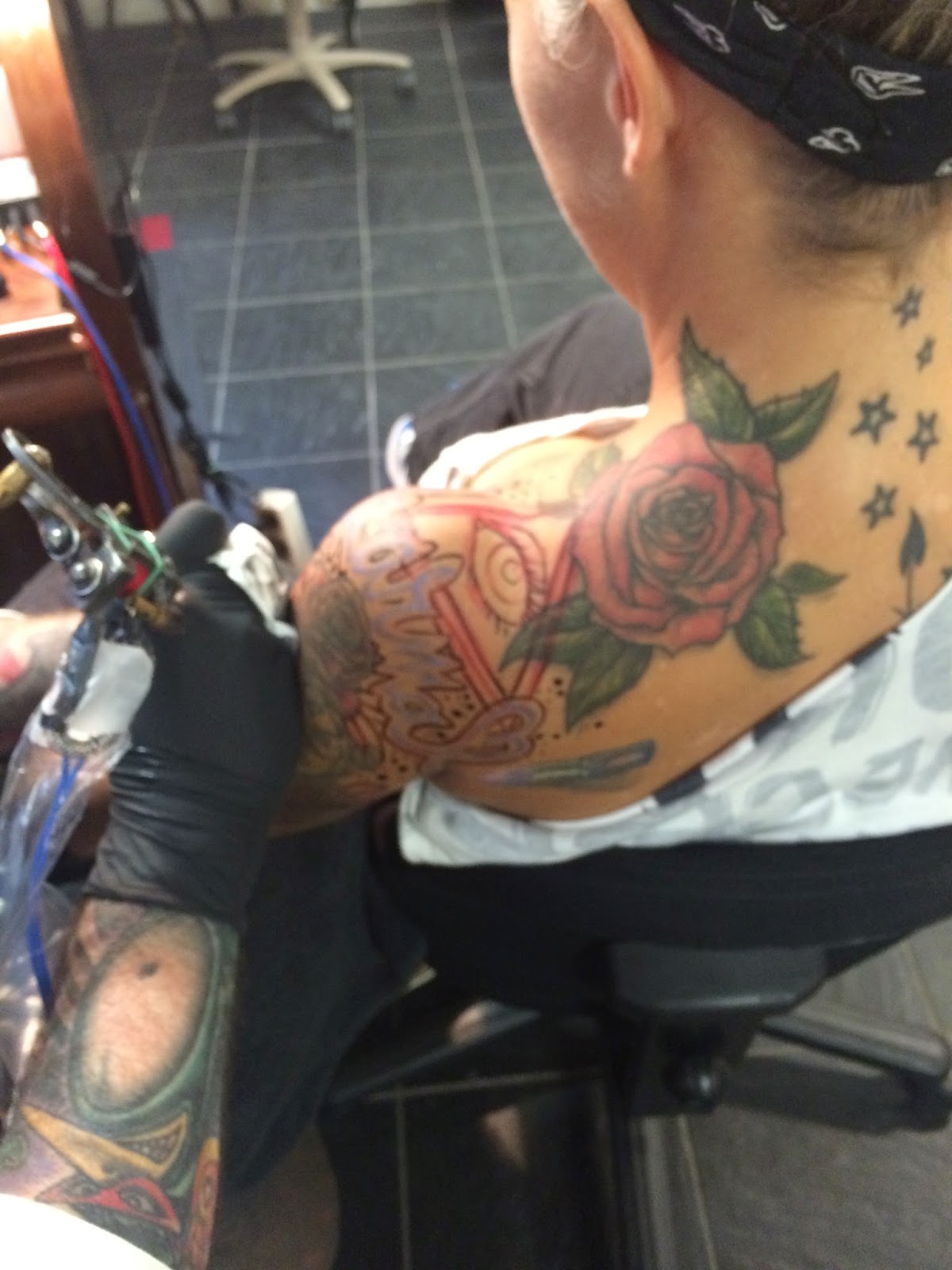 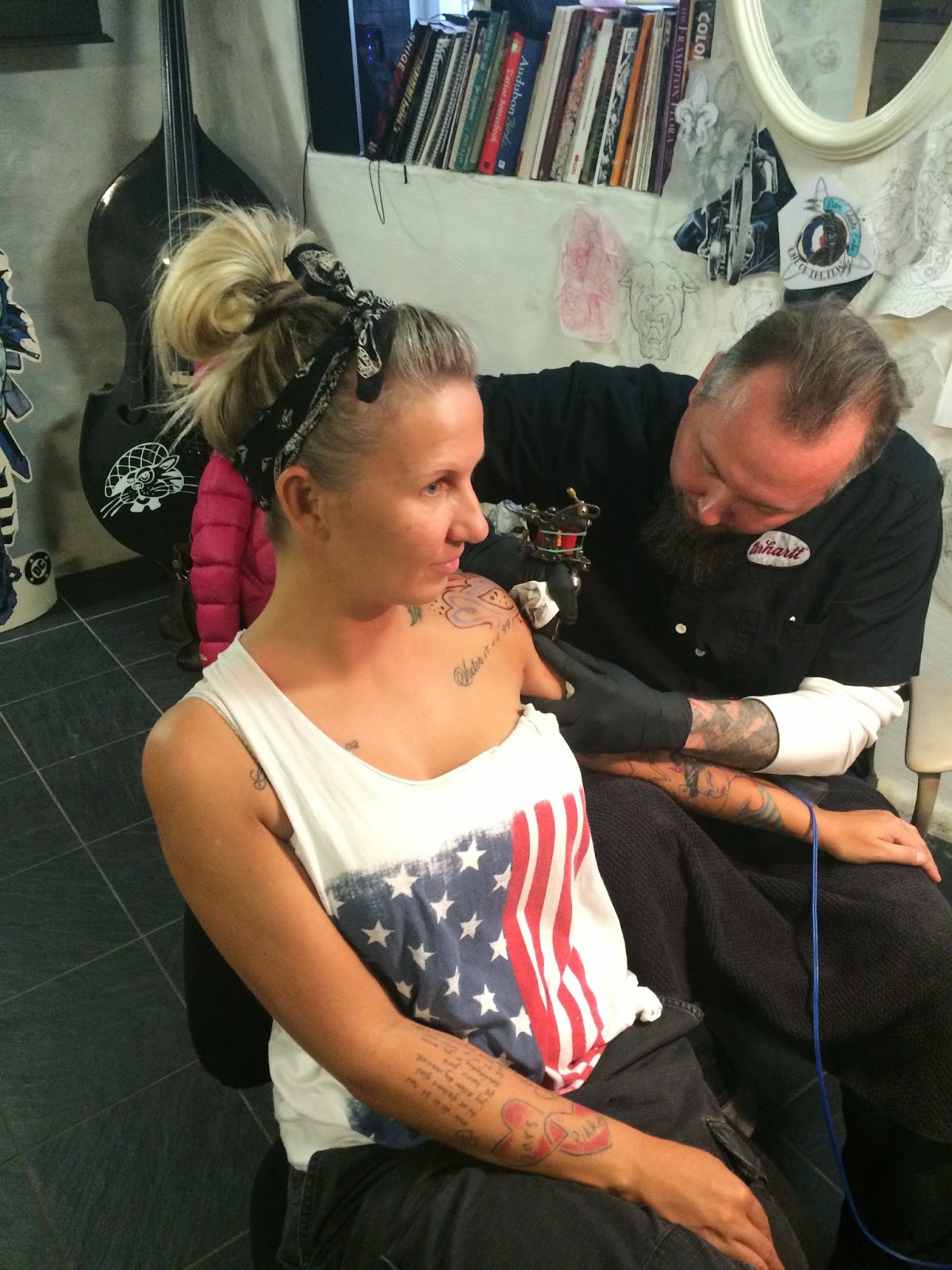 While I was in Copenhagen a couple of weeks ago I dropped by at a number of tattooists.  The first studio was near to my son's pub in the centre of Copenhagen.  This is where Jan Lobo operates at Lobo Tusch.  http://publicink.com/da/tatovoer/tusch/tatoveringer/749

There I met Jannie who was having a partially tattooed sleeve covered.  Jannie was 21 when she first began to be tattooed, she had a little mouse.  Apart from what can be seen here, she is also extensively tattooed on her stomach.  She did it to cover her stretch marks after having children.

She had the work on her arm and left shoulder done about a year and a half ago but she didn't like how it was progressing and told her tattooist to stop.  Now she is having it covered by Jan.  They went to school together in Sydhavnen.  She says it is supposed to be a rock and roll theme.

Jannie has two children.  She has a new boy friend who loves tattoos.  After the sleeve is finished she will have something on the leg but not totally covered.  She wants air between her tattoos in a girlie style.

She loves being tattooed and the sound in the studio.  She is focussed on the moment when it will be finished and that's how she will get through it.  Very practical!  So Danish.