Polly at the Bristol Tattoo Convention 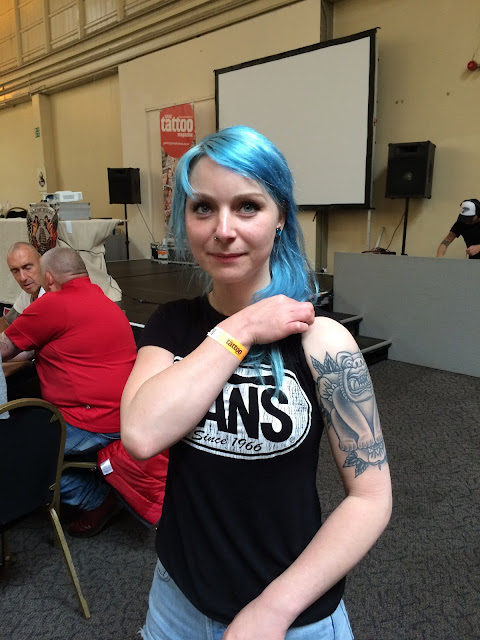 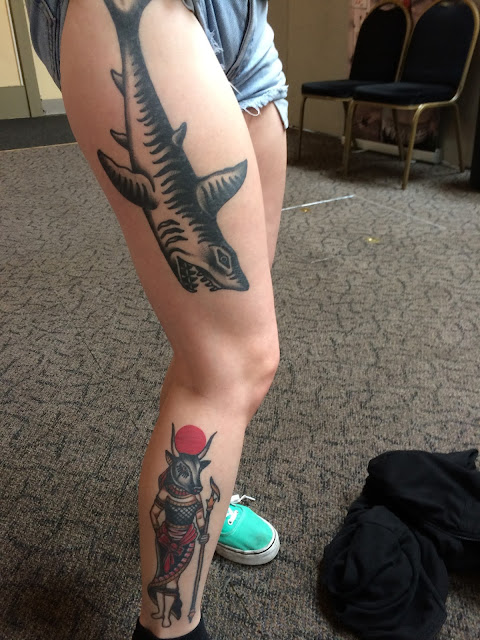 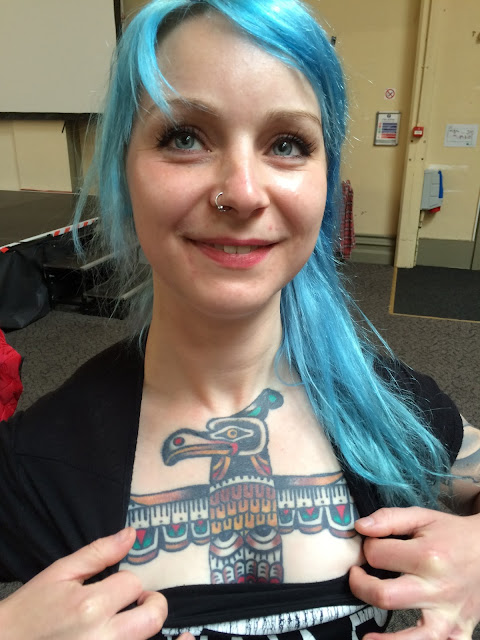 I have known Polly for a couple of years but not socially.  She worked in the tiny kitchen not much bigger than a cupboard at the Boston Tea Party in Clifton Village, which is where I live and it is my favourite coffee shop.  But meeting her at the convention allowed us to chat as equals rather than as customer and server.
I had always known that she was keen on tattoos and we would snatch conversations about her visits to Cardiff, where she gets her ink.  Now was the chance to find out much more.  She says her first tattoo was when she was seventeen, a small one on her back.  But it was not until she was 29/30 that she really started to go for it.
She went to Chris Collins at Frontier in Wales https://www.facebook.com/FrontierTattooParlour/info?tab=overview http://www.frontiertattooparlour.com/ and decided to test him out and says she gave him a generally hard time asking him to alter everything including the lower part of her backpiece.  He must have passed the test because now he does most of her ink.
She wanted a thunderbird and she has family connections in Canada so she has the native indian design on her chest.
Polly plays bass in a ska band and I couldn't hear the name of it because of all the loud background noise from recorded music blaring out.  But importantly for now, she had a secret plan to get a new tattoo at the convention that day - and not at Frontier.
Polly was accompanied by her boyfriend Tom, who also has tattoos and she had come to the conclusion that it was more exciting for her that he have a new tattoo than for her to do so.  After much thought and agonising Polly booked for Tom to have his ink at 2:45 pm and for her at 5:00 pm.  And so it was that they now have new tattoos on their legs and I failed to take a photo of the additions.
We had a great time hanging out together most of the afternoon.