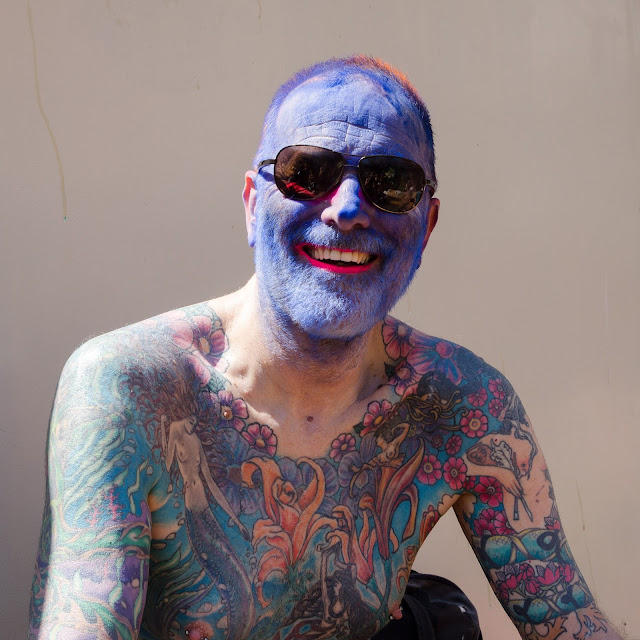 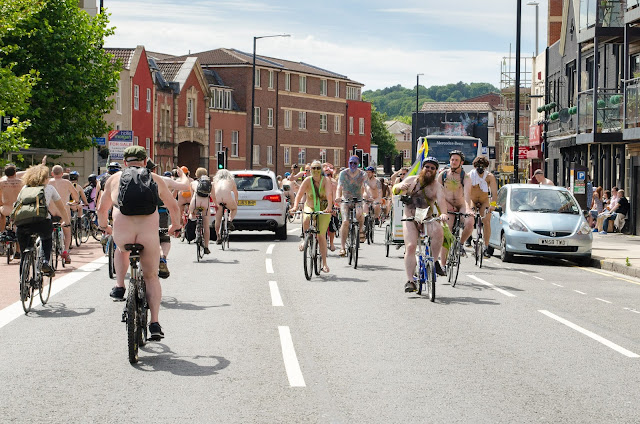 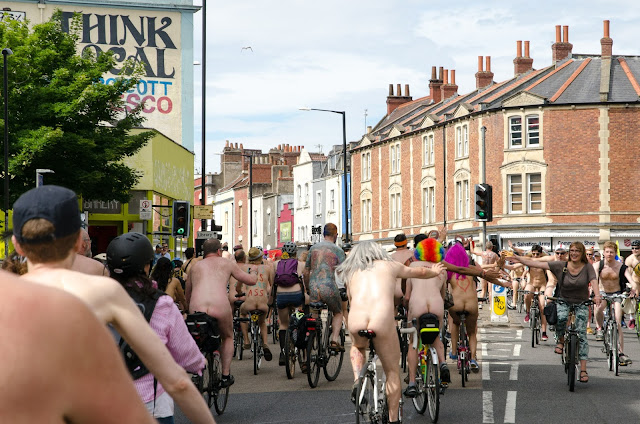 Last Saturday I went on an adventure.  A rather daft one.  It meant getting all my kit off and cycling around all the busiest streets in the centre of Bristol with 426 other people for a couple of hours.

Working to the rule that if you are caught naked it is better to cover your face than your genitals I painted myself blue.  Hence the rather strange photo above beautifully taken by Tim Taphouse.

We first congregated at a pub and restaurant in the centre of town called Full Moon.  There were normal people there too, enjoying a pint on a beautiful sunny lunchtime Saturday.  Heavens knows what they thought as everyone started to take all their clothes off. Well not everyone.  You were asked to go as bare as you dare so some didn't remove their pants.

The power of the group is great.  Somehow the groupthink gave me authority to be starkers in front of what seemed like thousands of the general public.  As we cycled through the main shopping centre they lined the pavement two or three deep.  It was relatively easy until we stopped at traffic lights and there we would linger a few yards away from the crowds bollock naked.  I didn't flinch.  This was now my right as a human being.

It is a reminder that in a group you can be carried along with the will of the whole.  That can be powerful and inspiring, though there are sinister examples in history too.  This I am convinced was harmless judging from the beaming happy faces of the public out shopping and enjoying the weather or driving from A to B and for once not being angry at being delayed by cyclists.

The stated aim of the event was to draw the public's attention to the risk that cyclists have to take by mingling with cars, buses and lorries.  But the main protagonists were naturists.  So they were also pursuing their beliefs about the right and joys of being naked.

I can safely say no one else on the ride had anywhere near as much ink as I did, so in that respect at least I stood out.