The longest beard I have ever seen 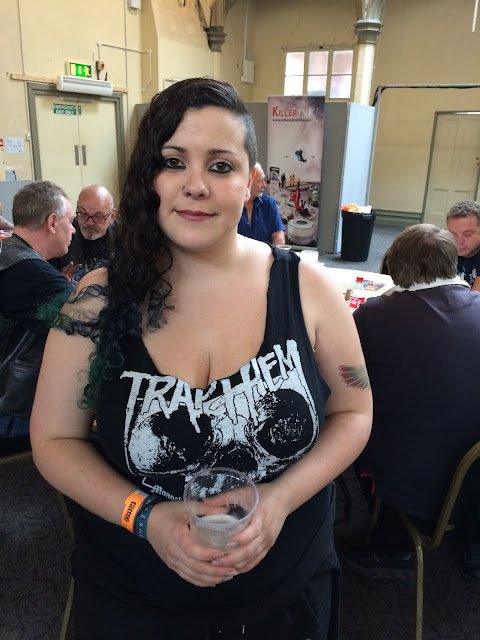 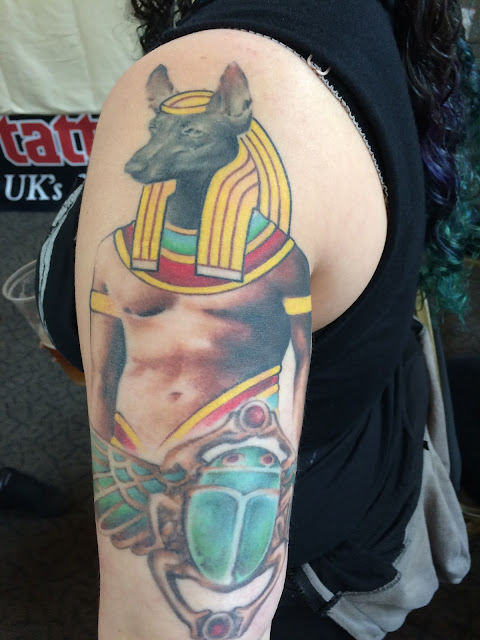 Polly and I were having a chat in the café area of the Bristol convention and I was saying that if I were to dress in the way I feel as a tattooed man I would shave my head and have as long a chin beard as I could grow.  Polly said why don't you take a look at the guy standing behind you.  I did and saw someone with the longest beard I had ever seen.  I wasted no time approaching him.
His name is Jonny from Sundsvall in Sweden, which is quite a long way north of Stockholm.   For years he was clean shaven then he changed job and became an excavator and it meant him being a away from home for long stretches.  So he started growing his beard.  He then realised it was taking over.  And it certainly has.  I've never seen anything that long and very much doubt I could emulate it
He's very proud of it now and at one stage it was much longer than it is now - down to his knees.  Once he stood on it while changing his shoes so he quickly took off about 10 centimetres.
He now lives in Bristol and has been here for the last two years.  He has two sleeves most of which was done by Frankie at the Devils Den Tattoo Studio in Dublin. http://thedevilsdentattoos.weebly.com/
He was with Hannah Gill, his partner, who lives with him in Bristol, although she is originally from Cirencester.  She has a beautiful arm tattoo by Lane Terowski at Old Salt studios in Milwaukee in the USA.    www.oldsalttattooers.com   She has many more planned.  She had her head shaved the previous Monday.  She might or might not tattoo her head but has many other ideas and locations planned elsewhere on her body before she applies her mind having a tattooed head.