Showing posts from September, 2015
Show All

Jen has a face tattoo 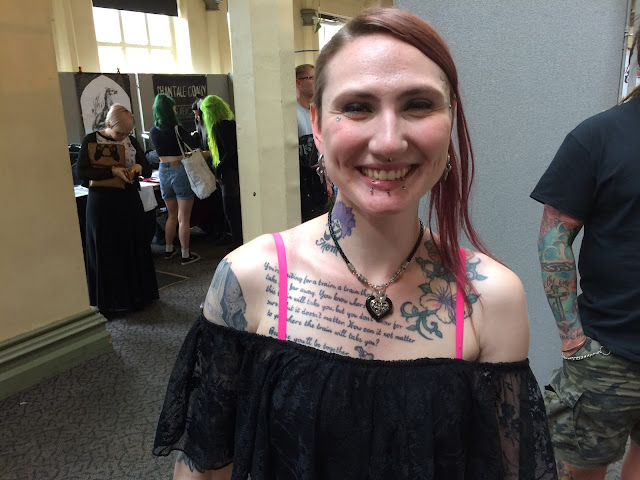 Jen is a personal trainer who originally hails from Winnipeg in Canada, though she has lived in England the majority of her life - since 1997.  For all that, she still has a Canadian accent.  She says she regularly visits Canada and even has her tattooist there. Jen had her face tattoo inked in 2010 so it is really an established part of her.  She says she had it done when she was completely happy with who she was.  She has lots of piercings, once there more, having kept the ones she most liked. She had her first tattoo when she was 17 in 2005.  It was a friend that did the work at home.  She says she will be covered by the time she goes into the ground.  Although she has lots of tattoos already including on her ankle and leg she has plenty of space yet.  Soon she will extend her neck tattoo so that it goes all the way round. Not satisfied with just having her face tattooed her immediate plans now are for a head tattoo on the right hand side of her head.  She is looki
Post a Comment
Read more

Being tattooed to the music 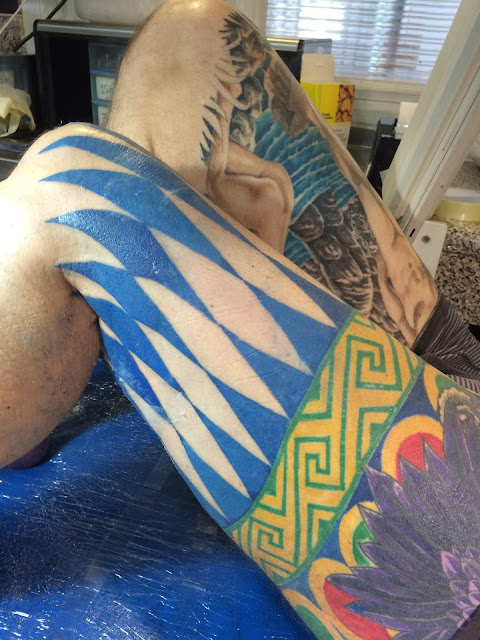 The full scale on my left leg/thigh is now apparent.  What remains is to fill in all the un-inked spaces.  This will probably take another three sessions, for the area on your thigh is far greater than meets the eye. When I go to Ben Boston for my tattoos I am also treated to my own personalised music.  Big Stu who is Ben's administrator also has a 700 CD collection and depending on the client he develops a playlist especially for each of us.  So I am spared the heavy metal and have something rather more mellow,  This time that even included Louis Prima from the 50s and earlier. tps://www.youtube.com/watch?v=O-a8kLtJSJ4   I wonder how many tattoo studios have a music library this large?
Post a Comment
Read more
More posts