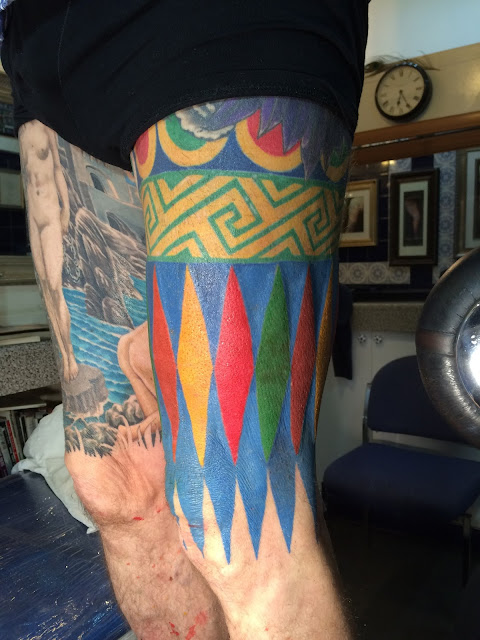 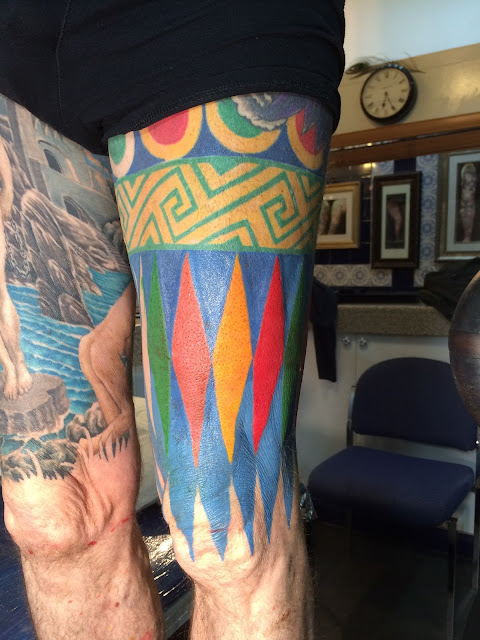 Not much to report really on my leg piece.  Ben entered colour into the diamonds.  There are sixteen of them around my leg which reminds me just how big a piece it would be if stretched out.  Nine of them were completed in this session so next time he will finish that and begin the pending work near my groin.

Ben has an unusual booking system.  For clients who are not in the middle of larger pieces of work, everyone else must queue up once a year for a booking.  On 31st October there were 105 people who arrived and some had to wait for hours.  Ben is now booked up to 2017.  This wasn't even his biggest year.  A couple of years ago there were over 130.  He says about 20% are new customers.

I had a lot of trouble with the ink after my previous session in September with a much soreness and blistering which only now has fully healed.  It turns out it was some faulty ink.  I had wondered if it was caused by the numbing cream I used, but apparently not.  Several other people had had problems. I'm not too happy about that.