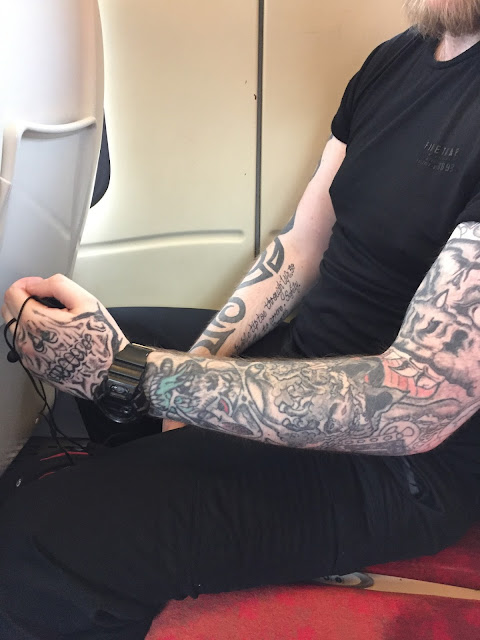 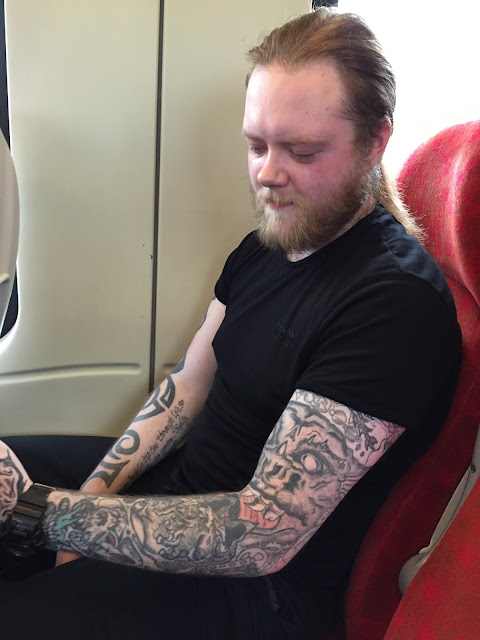 Amateur tattooists or "scratchers" are usually something of a menace, and can damage public perception of tattoos.  Normally they don't engage in extensive coverage of people's bodies but there are exceptions.

I met Lewis on the train from Bristol to Stafford.  I was curious about his sleeve and couldn't quite work out what it was all about.

Lewis who is 22 and works in catering said he had always wanted a sleeve and when a friend offered to do it he let him.  He definitely plans more tattoos and will get it shaded in.  He is "off" colours.  He will keep going until he runs out of skin.

He likes dark themes with monsters and the likes.  He has wording on his right arm that reads "so many people tiptoe through life so carefully to arrive safely at death". He isn't worried that his tattoos are not very professionally done.  Why worry?  He may or may not ultimately get his bodysuit done professionally.

Each to their own.