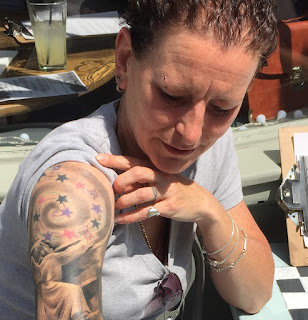 I was wandering through my local area of Clifton village in Bristol and I saw Michelle sitting there with her partner Candy. It turns out they have been together for seventeen years.   I had never met them before but I was so intrigued by Michelle's sleeve I butted into their conversation.

Michelle told me she has her first tattoo when she was eighteen by one of the famous Skuse family.  She couldn't remember which!  But it was on her shoulder and has now been covered up.

Her sleeve has been done in the past three years.  She is now considering something on the other arm.  There will be more. 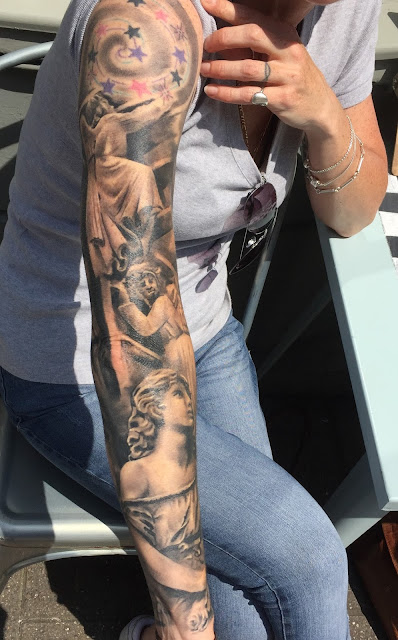 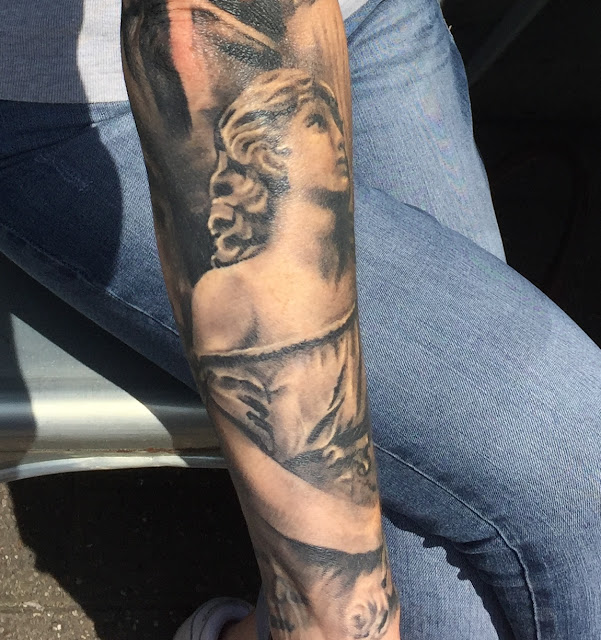 Michelle Smith has had her recent work done by of Max Pniewski  at Southmead Tattoo Studio.  http://www.southmead-tattoo.co.uk/  The sleeve is based on a painting called Jacob's Ladder and she saw it at Chatsworth Hose in Derbyshire.  Michelle said it was by a Dutch artist but my searches have not identified who it is (not Rembrandt's version!).  Here is an image which is rather small. But I don't think it is the same. Very frustrating as I am unlikely to meet up with Michelle again. So many artists have used this subject including Tintoretto, William Blake and Rembrandt. 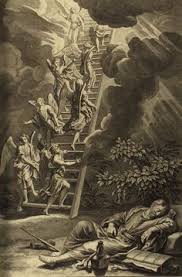