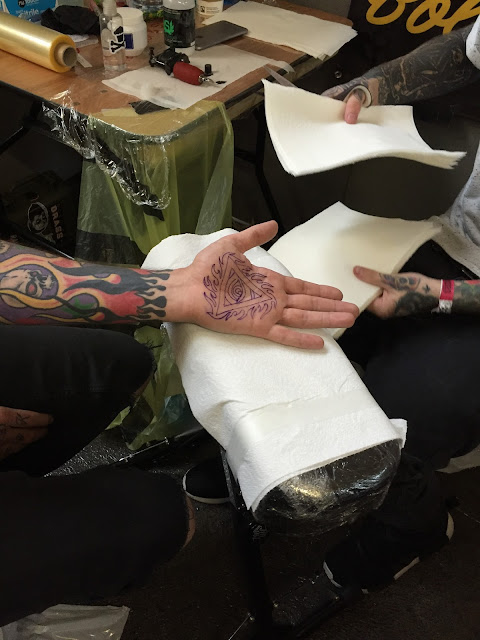 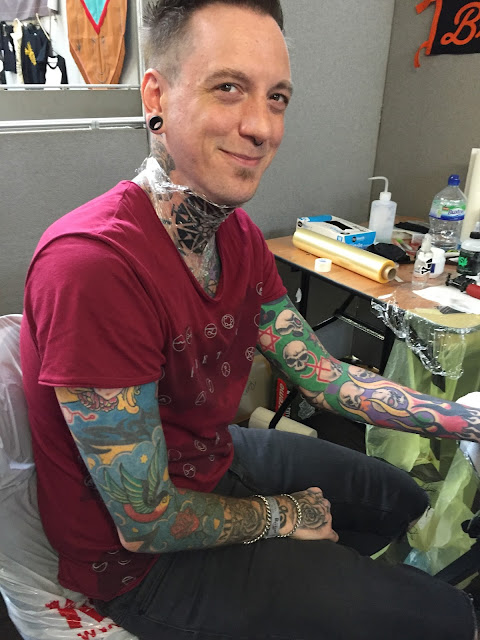 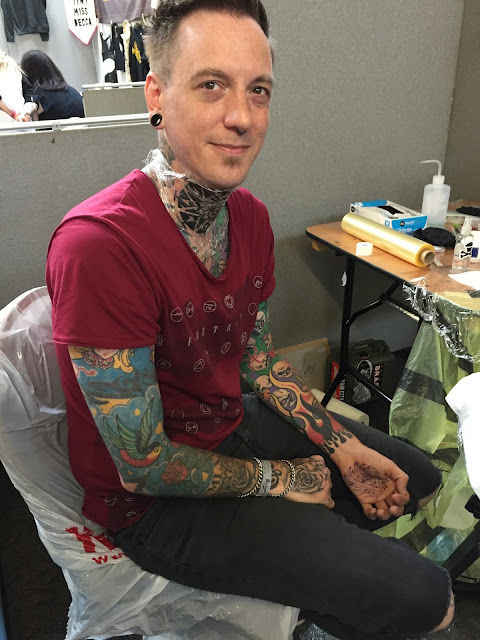 Nathan Kitchen is from Bedminster in Bristol and must be the most heavily tattooed parking warden in the city.  I first met him just over a year ago as I was tying my bike to some railings near my dentist.  He was busily keeping an eye out for people parking illegally.

Although he then didn't have his neck tattooed you couldn't miss the extreme level of his ink.  I didn't catch up with him at the 2015 Bristol Tattoo Convention the following week but we bumped into each other this year in June 2016.

He had the previous day had his neck done and was about to get the palm of his left hand done.  Ouch.  This is about to begin as Mark Walker from Liverpool Bold as Brass studio gets to work.http://boldasbrasstattoo.com/.

Why the palm of his hand?  He is going for a full body tattoo and that includes his hands so it's just part of the mission.  His legs aren't done yet, but they will be.  Plenty of time yet, he says.

Electric Ink in Bristol has done a great deal of his work but the studio has closed now so he moved on to Inked Up at The Galleries, also in Bristol.  http://www.inkedupbristol.co.uk/

I said I'd catch up with him to see how he got on, but when I returned he had left, so I will have to wait until I see him fining a badly behaved parker somewhere in Bristol.