Tattoos at the Hatchet Inn 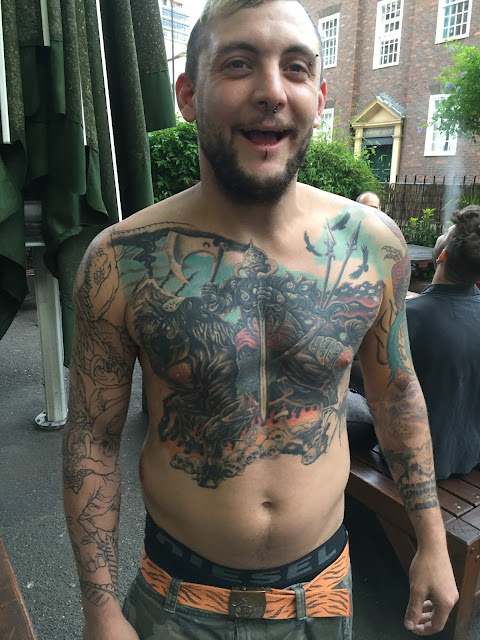 I had just finished a drink with a group of young people I had just met at a pro-EU rally on Bristol's College Green.  As I passed the bar I noticed a couple of heavily tattooed young people and felt compelled to talk to them.

There was Paul Livingston who has been getting tattooed for ten years.  He says he is aiming for full coverage, apart from the face.  He wants a dragon on his neck and head.  I like the family that my body is a painting and makes me feel more natural.

He actually lives upstairs in the Hatchet pub itself and has been there for a year.

Much of his work has been done by my tattooist Ben Boston though he has had some of his work done by scratchers at their homes.  Oh dear.... 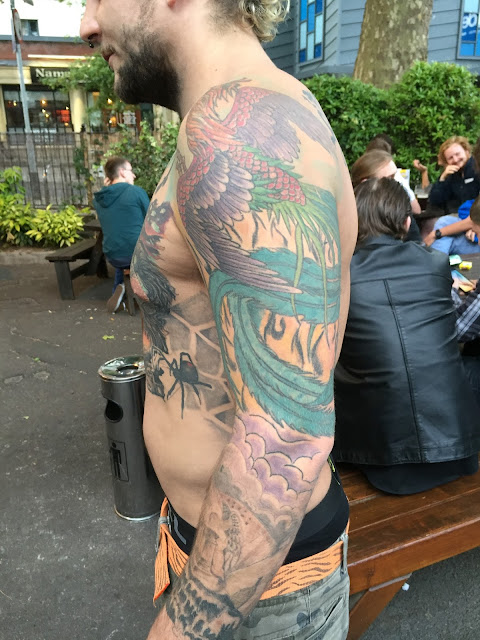 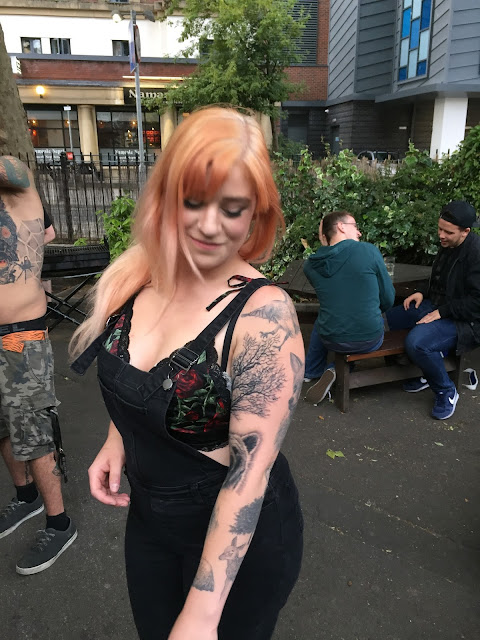 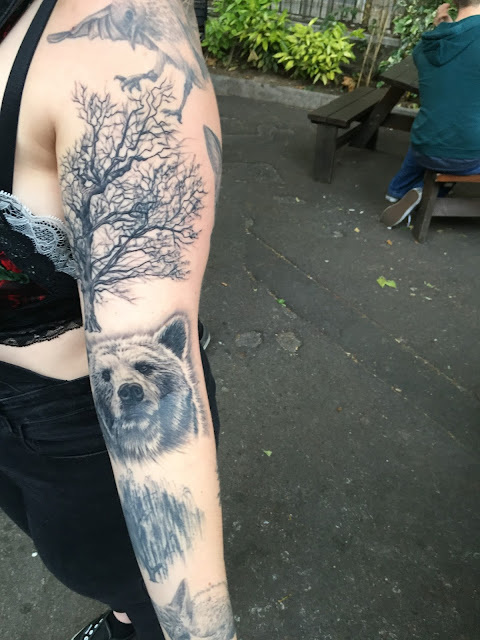 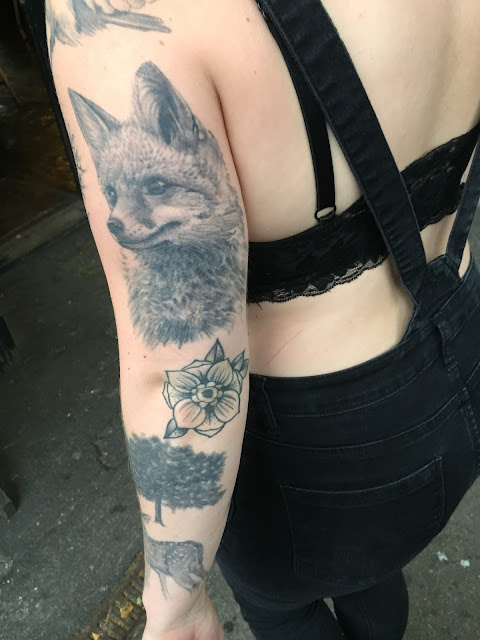 Shelly Leggett and Paul are friends who have met at the pub.  Shelly used to work there.  She now works as an animal care assistant at the Bristol Dogs and Cats Home.

She started to get tattooed nearly seven years ago but she has only recently had quite a bit added.  The bear and the tree are from a week ago as was work on her ribs and ankle.

Her work is mainly done by Dani Mawby at Electric Vintage in Bath.  http://www.electricvintagetattoo.com/artists

Her other work is mostly by Miss Rie at Newport https://www.facebook.com/missrietattoo/

She got her first tattoo at 16 and her second on her ribs at 17, which is now covered up.  At 18 she just started getting more and more/  She is now 23 and in time plans to get a full bodysuit.  She wants her hands done and her neck.  The only thing she doesn't want doing is her chest.  She says she wants some face tattoos too but definitely not her chest.  Not even when everything else is done?  Well, maybe.

All her tattoos say who she is as a person, every single one has a major meaning for her and define her as a person.  When she looks at photos of herself without tattoos, it's not her.  Horrible.

She is single now but is dating someone now who is covered.  Previous partners haven't had many tattoos but they weren't bothered by her ink and the nature of her work isn't a problem.  Dogs don't care one way or the other.