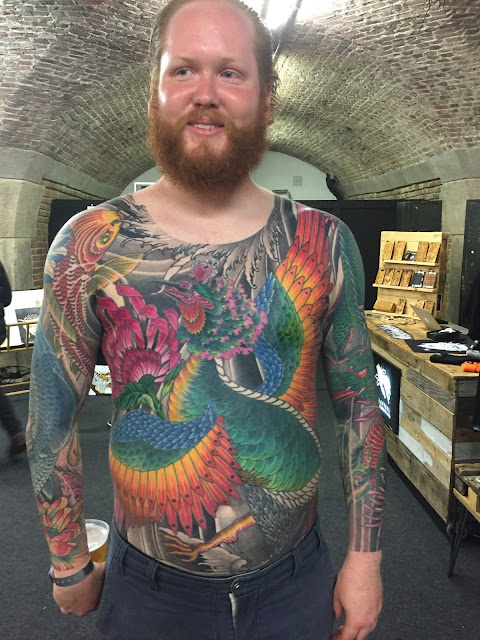 Lasse Risvik is from Stavanger in Norway and I caught up with him at the London International Tattoo Convention.  I was just one of many who was taken aback by the power of his full bodysuit.  His pictures appeared in several of the British national media following the convention.  No surprise there. 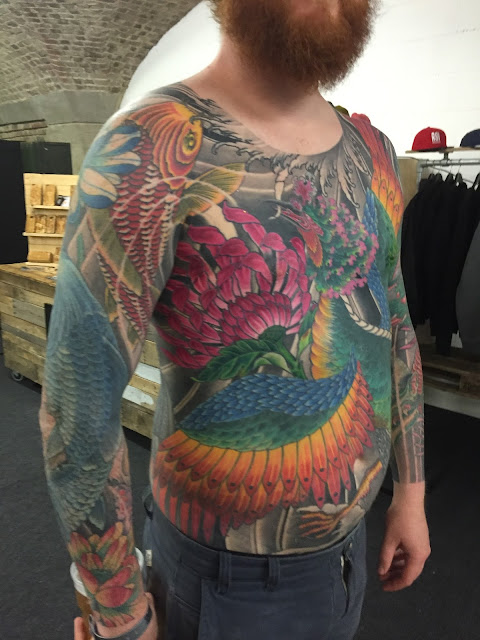 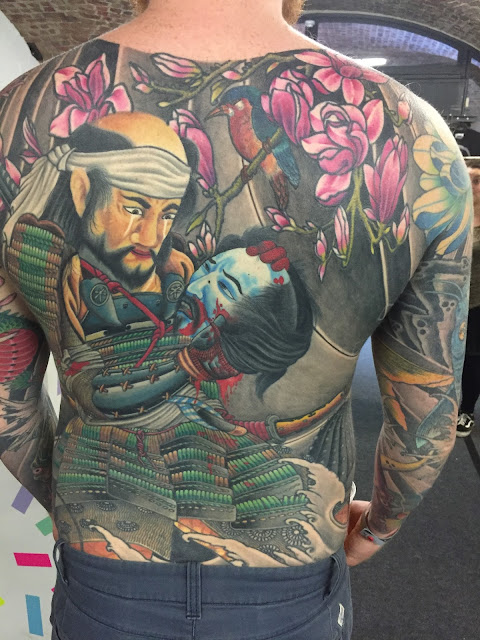 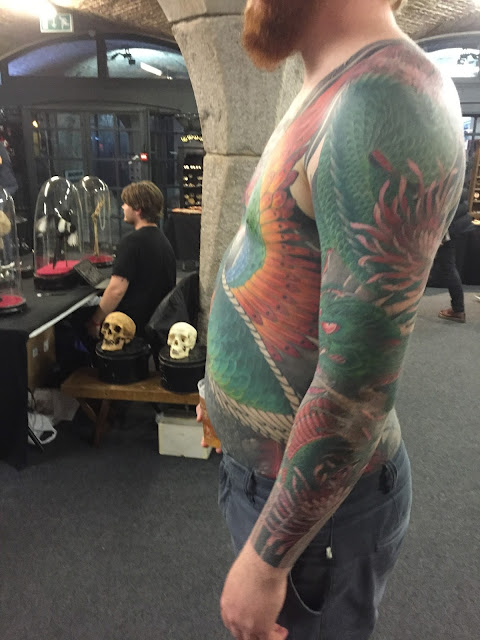 Lasse's Japanese bodysuit was done at Noi Siamese in Oslo.  It is all but complete now.
http://www.1969tattoo.no/1969_Tattoo_Oslo/GALLERY/Pages/Noi_Siamese_III.html and https://www.facebook.com/thailand1969tattoo/

Lasse works as bouncer and a kindergarten teacher - wonderful contrast though he says it's the same job, just different age groups.  https://www.facebook.com/lasse.risvik