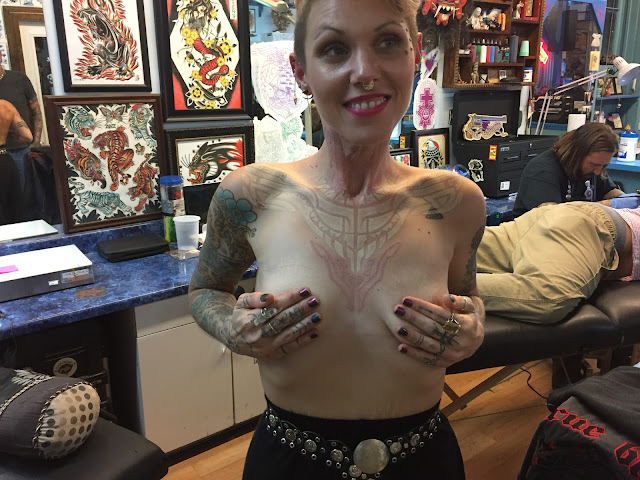 While in Austin, Texas last month I took a tour of tattoo studios in and around the famous Sixth Street, home of so much music and the alternative scene.  There I met a young woman getting her second piece of work in the same day at two different studios. 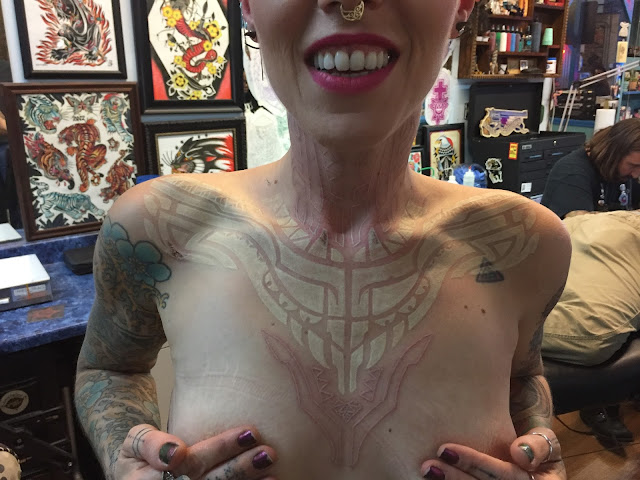 I was immediately struck by her unusual neck and chest piece in white ink.  I have never seen anything quite like this.  In fact, nothing like it at all.

This neck piece wasn't done at this studio as I remember.  Though I am not even sure in which studio I met her.  I think it was All Saints.  http://www.allsaintstattoo.com/studio  Please forgiveme if I am wrong. 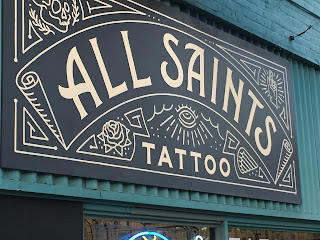 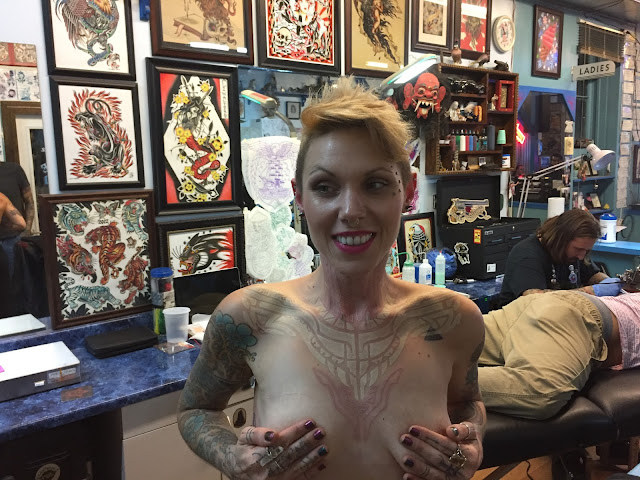 She herself is a "fine artist" and chooses to find artistic expression art on her body.  She says the dermals on her face have so far lasted seven years and never migrated.  She has one side of her head tattooed though at the moment it is barely visible, which I though was a great shame.

When I asked her to show a little more of her chest tattoo I hadn't expected her quickly and freely to take her top of, but as she is a supporter of Free the Nipple, I shouldn't have been surprised.

Maddeningly I don't remember her name.  I gave her my card and hoped she would contact me, but as yet she hasn't.  So for now, she is my mystery woman.