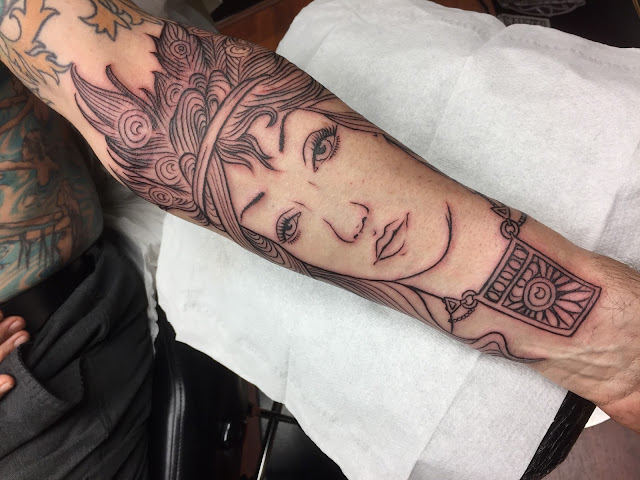 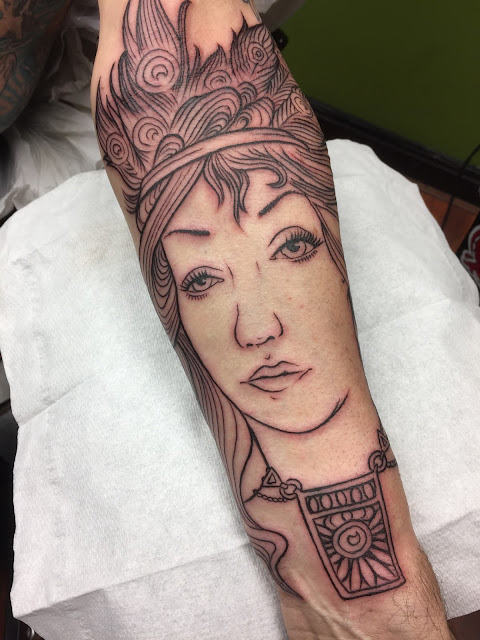 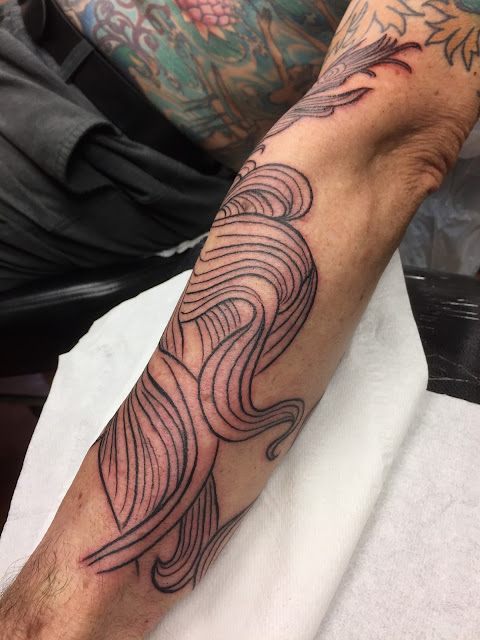 Monday was a different kind of tattoo day for me.  It must be over twelve years since anyone tattooed me other than Ben Boston.  But I have been itching for a while to get someone else's work on my body, while feeling guilty for betraying Ben.  Ridiculous really.  Most people work with a few tattooists.

I saw Jo at the Bristol convention last June and chatted with her about doing some work on me.  I first met her nearly twenty years ago when I was travelling around the country with my red Mohican.    Yes I got myself a Mohican and it was feeling a bit sorry for itself so when in Birmingham I found an alternative hairdressers to fix it for me.  At the same place Jo was working as a body piercer.  She invited me back to her home to watch her with one of her first ever tattoo clients.

Jo doesn't remember all that, but I'd not forgotten.  Subsequently I watched her career grow through the tattoo magazine reports on her and by seeing her at conventions.  Now at last I had the chance to get to know the person who is a highly respected tattooist based in Birmingham and Shrewsbury.  http://modernbodyart.co.uk/ and http://un1ty.tattoo/

I had a consultation early in December and the day had come for some ink.  Jo spends a lot of time very carefully drawing on to the skin her new freehand design that include a face from an Alphonse Mucha, the Czech art nouveau artist.  After one and a half hours of drawing, the tattooing itself began and above are photos of what has been achieved so far.

I have a full day appointment with Jo in early April so I have a long wait now.  I must be patient.