In November I spent time on holiday in Austin Texas.  I'd never been there before but had heard of Sixth Street, famous for its music, alternative scene and tattoo studios.

In the wake of Trump's election I might have expected to meet some angry Texan Trumpites. Well, if I did, they certainly weren't angry.  Everywhere I went I was greeted with a charm and friendliness we could only dream of in the UK. 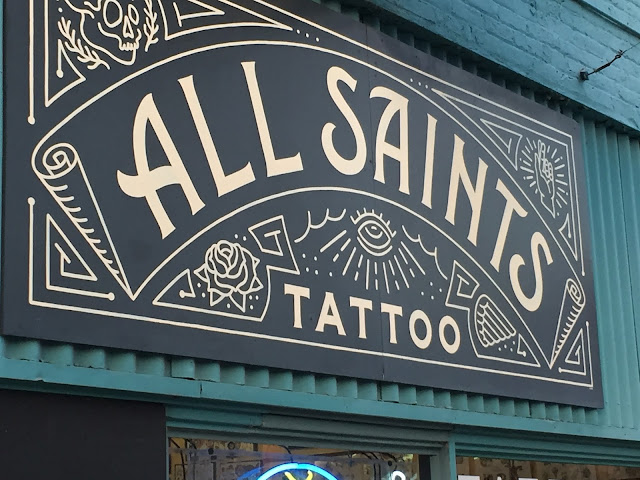 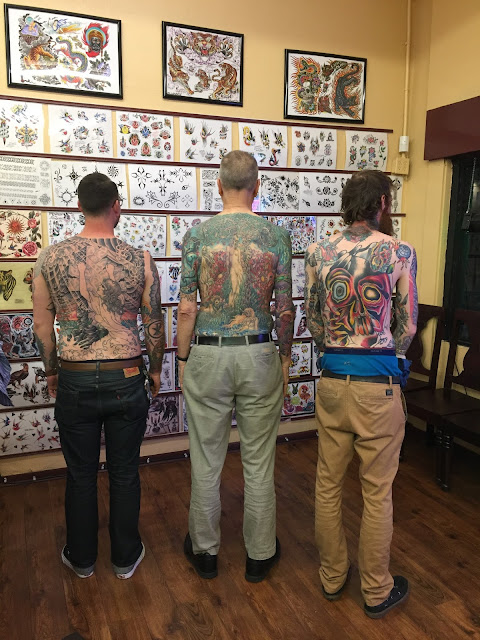 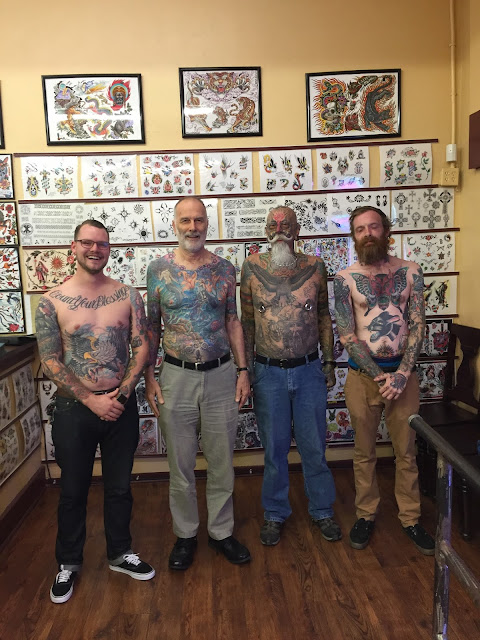 All Saints was one of the studios where I hung out along with Dan Adcock.  Dan is the man with his face and head fully inked.  We had our photos taken with two of the guys who worked there.  A great bunch of people.

Dan and I met at a convention we were both attending.  You couldn't miss him and if others might have shied away from his extreme ink, I was drawn to it.  More on this in a separate post.  But he was my Texas tattoo tour guide. 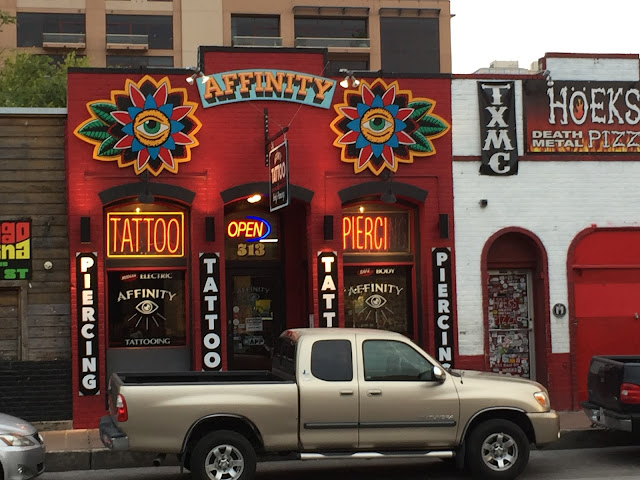 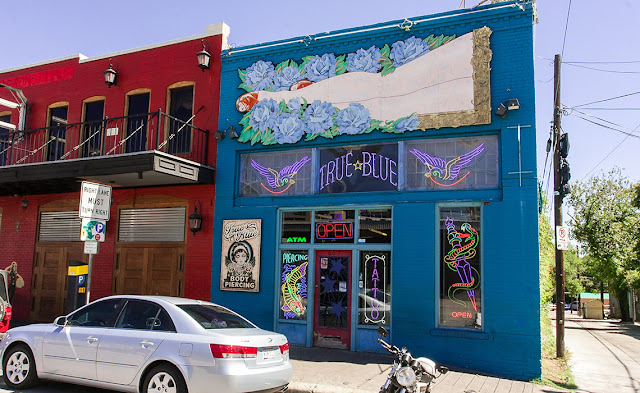 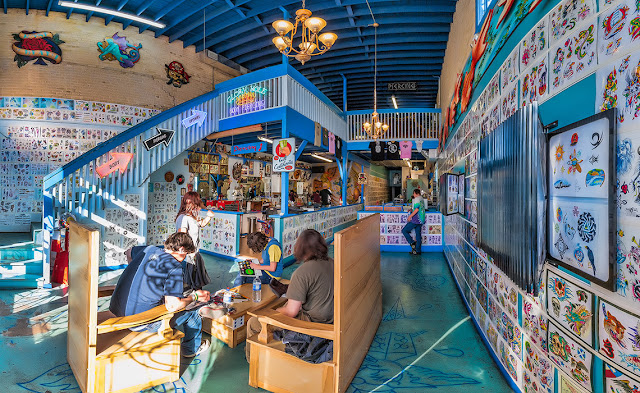 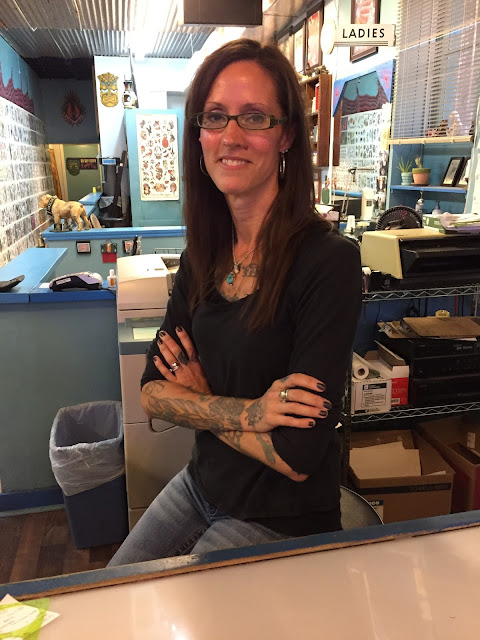 At True Blue, I met Deana who had just been working on Jess's arm.  Jess is from Virginia. 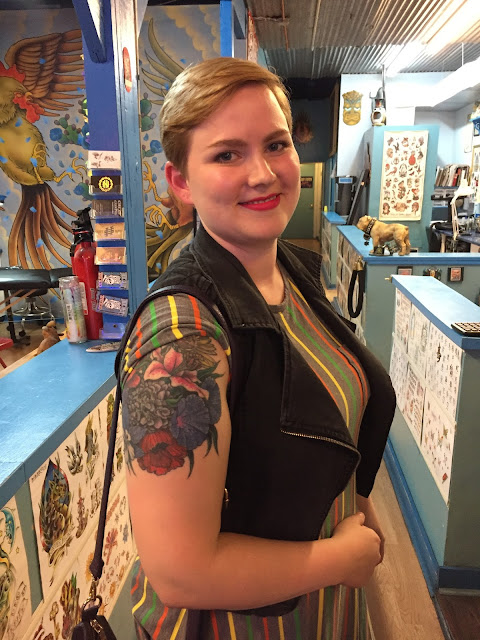 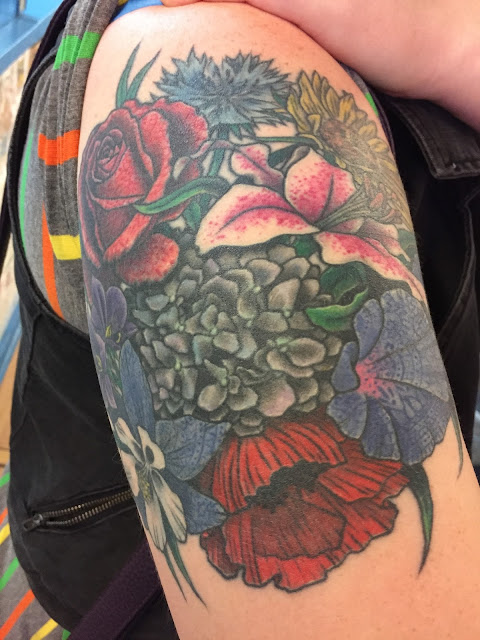 I also dropped by at Blindside Tattoos.  I can't find a good photo of the place, which is annoying.  I met quite a few people there, amongst whom were three 18 year olds, who had all got themselves some small tattoos.   They were two girls and a boy and all good friends.  Somehow we got into talking about gender fluidity with one of the teenage girls.

She was open and candid about this in a way I don't think you'd find in England and I learned a great deal from her.  I was already well aware of transgender people, a couple of whom I know quite well.  And also conscious of those who might claim to be bisexual.  But she was neither of these things.  It was all very engaging and surprising.
www.blindsidetattoos.com