Sometimes you can spend a few hours being tattooed and there doesn't seem much to show for it.  Jo Harrison just worked on colouring in the heavily line piece and as she dotted around doing background work the changes superficially didn't seem very dramatic. Most of the work was on the back of my arm, which normally I can hardly see. 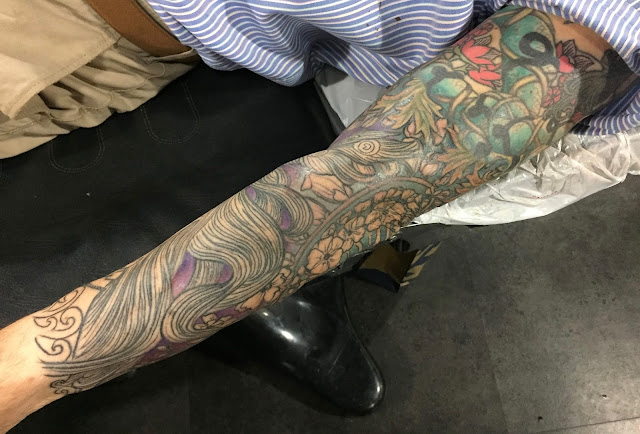 For some reason I struggled on this occasion.  I had as usual used some numbing cream, but it didn't seem to have much effect.  Normally I find it does.  Anyhow, I survived the 3 and half hours session though felt rather sore, which is surprising given that the arm is one of the easiest areas to tattoo.

I live in Bristol and Jo's studio is in Birmingham, so I get the train which takes one and a half hours station to station, which means I have to go to the train toilet and start putting on the ointment and then the shrink wrap as I can't do this before I leave the house as it would be too early.  I am not very good at it in these confined circumstances.

As things stand, my next appointment isn't until 3rd October, so there is an awfully long time for this work to heal. 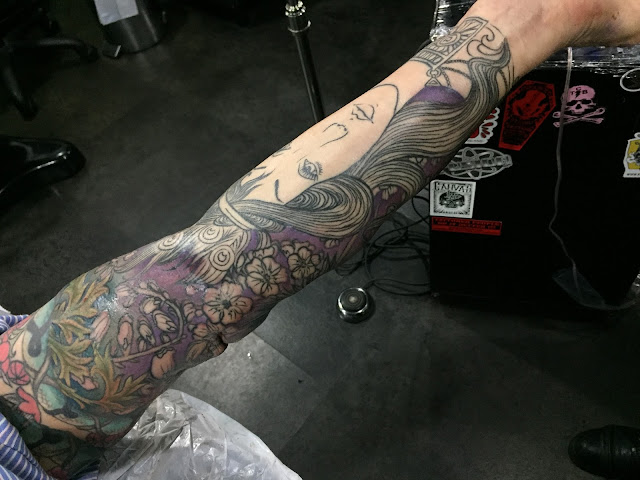