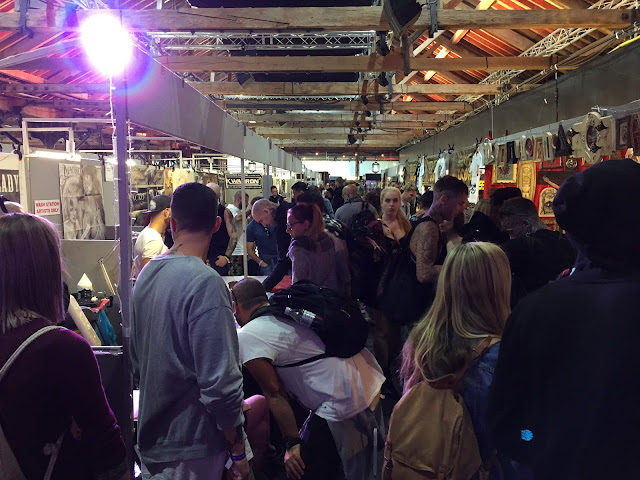 The big crowds gathered around the tattoo booths. 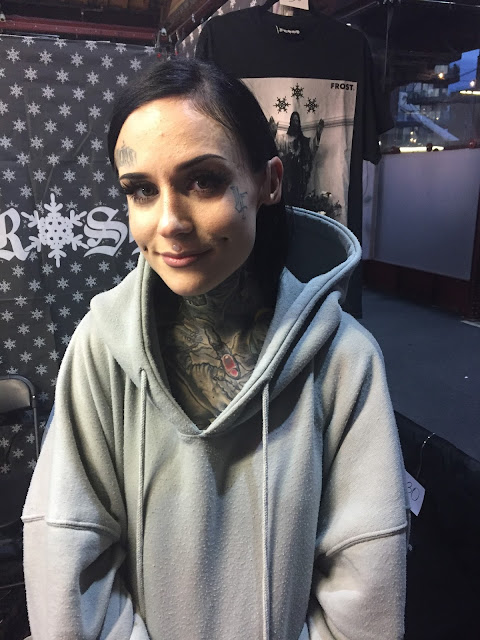 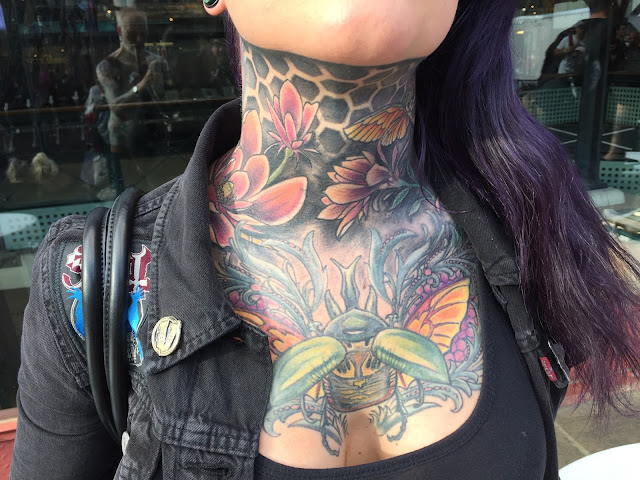 Tina Rill from Philadelphia and her amazing neck. 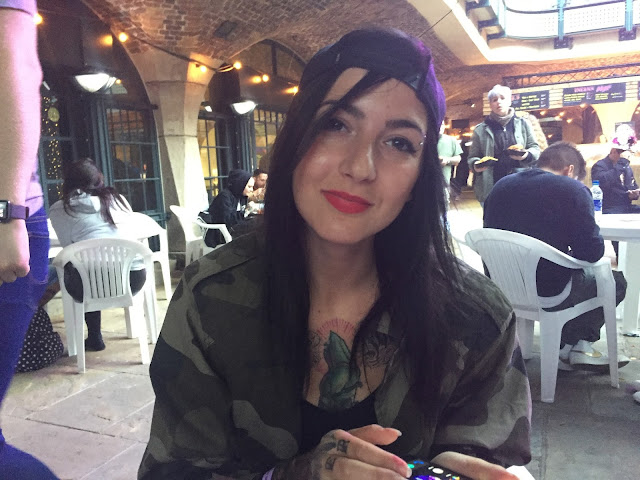 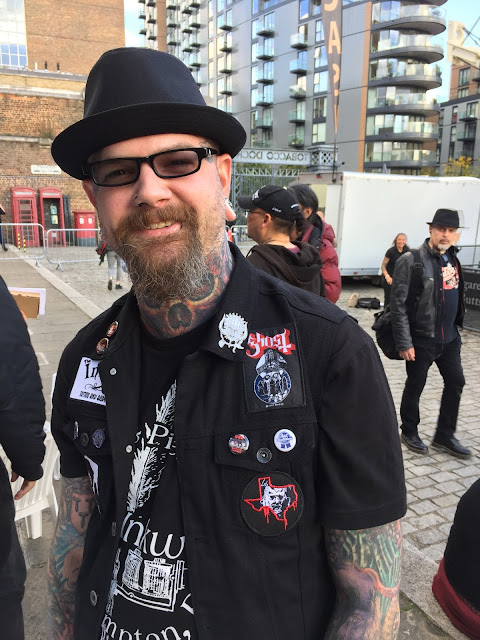 
This was my second time at the London International Tattoo convention.  I like the fact I can go on a Friday.  Here are a few of the people I met and chatted to.

It seemed a little quieter than last year but still great.  It felt like the majority of the people I met were from outside the UK or non-British and so it was with the tattooists.  In every way the convention lived up to its name.