Getting a big tattoo at a convention 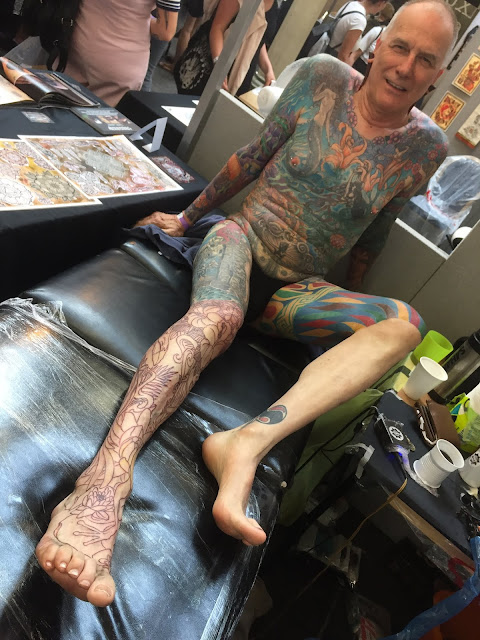 In the photo above the day's job was done on my right leg.

I had always veered away from getting tattooed at tattoo conventions.  But Jo works at lots of conventions and she was coming to Bristol so it made logistical sense for her to do it in my home city.

My fears about conventions were that it would be distracting having the general public staring at me and if I struggled with the pain I would be publicly embarrassed.

The reality was different.  I am such a tart and love attention.  I found talking to people diverting and actually made it easier to cope withe long session.  It was fun.  I had underestimated my performing and exhibitionist personality.  As can be seen in the photo I had decided to be almost naked in order to show off all my ink.  I felt so confident I just walked around on my lunch and tea breaks and after everything was done without my clothes on. 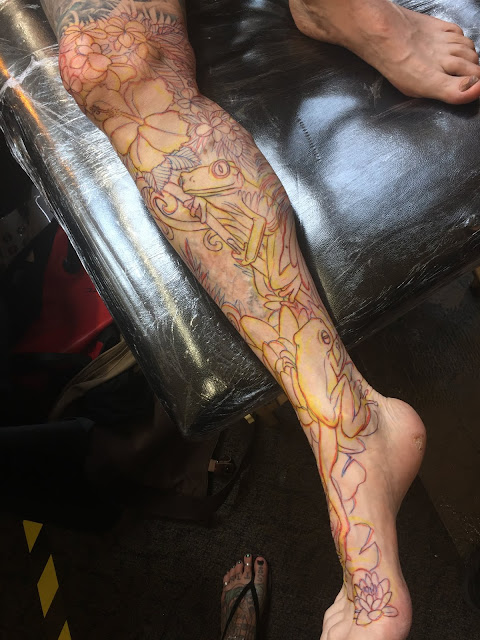 Jo's working style is to spend a long time drawing on the body using different colours.  Here it can be seen how it looked by the time she was ready to tattoo me.  It took about two hours to complete this stage. 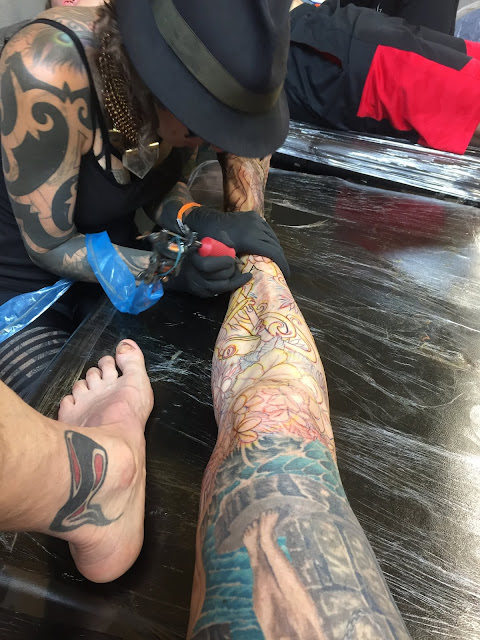 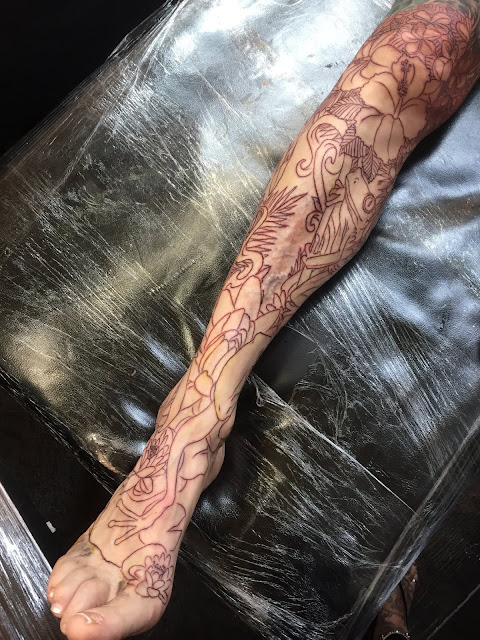 And here are some close ups of the work when the outline was completed.  The centrepiece is a flamingo and in support there are two frogs.  The rest is tropical foliage.  I am extremely happy with it at this stage.  Most particularly I am relieved that the scarred area on this shin is proving less of a problem than I feared. 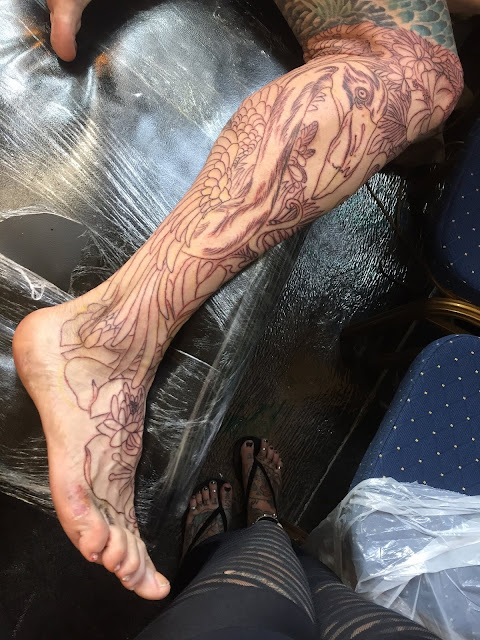 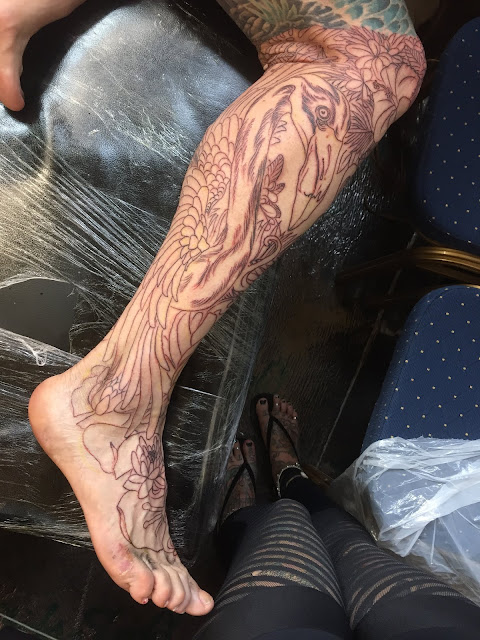 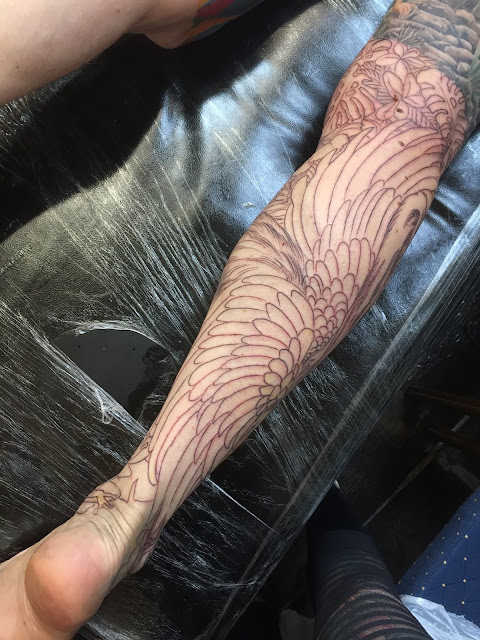 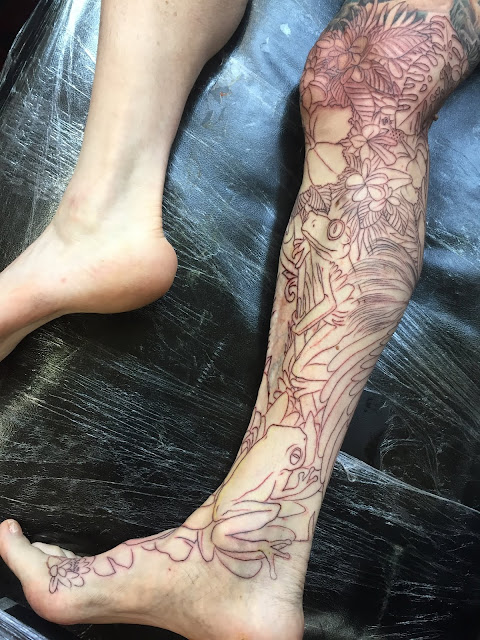 Later this month I have a full day session to have the outline done on my left leg which will be similar but with parrots.  I am ridiculously excited about the prospect of that being done.

I also hope to get some grey work done very close and moving onto my genitals.  There's not much to be done there as it is already pretty complete in the pubic area.  But emotionally it would mean a great deal to me.